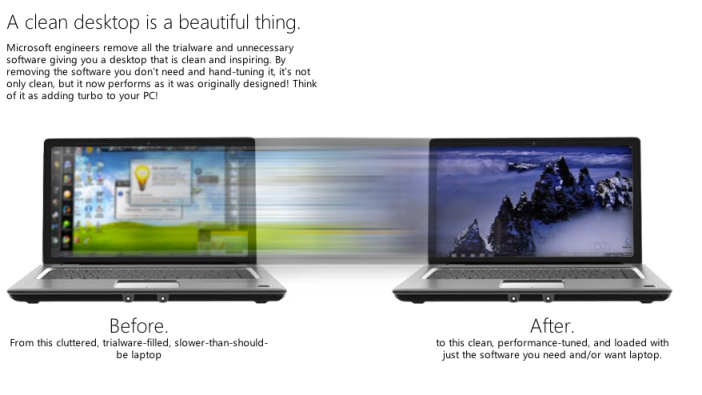 The PC crapware problem has finally gotten bad enough that Microsoft is now charging users to fix it.

This makes the removal program an arrangement bordering on a racket: PC makers get paid to put the software on computers, and Microsoft gets paid to remove it. Perhaps this questionable situation is part of the reason Microsoft never made it a priority to advertise the offer, even though its been around since 2010.

To be fair, as Microsoft PR pointed out to VentureBeat over the phone, the $99 fee is more than just crapware removal. Also included in the offer are things like Windows 7 and Microsoft Security Essentials installation, data transfer, and 90 days of free phone support.

The program is offered via its Microsoft Stores, of which there are a disappointing sixteen. It’s an expansion of Microsoft’s “Signature” initiative, wherein Microsoft sells consumer crapware-free PCs directly to consumers. That program has been around since 2009, though its never been very well publicized. (Paul Thurott first reported on it back in February.)

A better solution? Prevent the software from being installed in the first place.