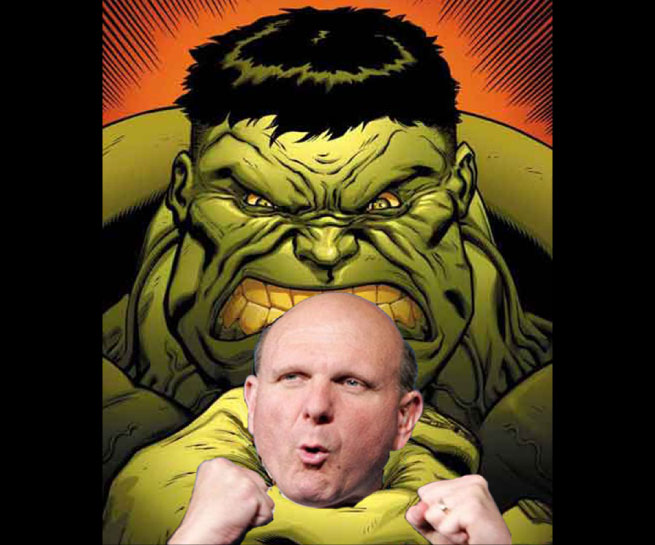 Microsoft didn’t bother giving its long list of hardware partners much of a heads up on the recently announced Microsoft Surface tablet, according to Reuters.

The immediate implications of Microsoft’s own tablet is that it brings the tech giant into direct competition with many of its long-time hardware partners,  including Dell, Acer, Asus, Hewlett-Packard, and others. Additionally, many of these partners only found out about the new tablet days before it was announced.

The earliest Microsoft would have notified anyone outside the company about the Surface tablet would have been last Friday, according to the Reuters report. Microsoft claims to have made a round of phone calls to others with very vague details about the announcement, careful not to reveal the official name of the device or its specifications. Both Acer and Asus told Reuters they didn’t receive prior word of the Surface, while Dell, HP, and Lenovo declined to comment on the matter.

Over the last month many of the executives of these hardware companies were probably on the phone discussing licensing deals and future plans with Microsoft, only to find out about its shiny new tablet competitor along with the rest of the world on Monday. Such news might have caused some of those partners to cancel planned tablet launches to avoid having to go head-to-head with the new device.

It’s understandable, though, why Microsoft felt the need to keep its Surface tablet a secret all the way up until the end. First of all, the secrecy ensured that word of the device wouldn’t leak and undercut the big announcement. For Apple, stopping leaks has become all but impossible, but Microsoft was easily able to maneuver without showing all of its cards. The Surface’s most direct competitor is obviously Apple’s iPad, as the Surface tries to improve on all of the iPad’s shortcomings. It has a full keyboard and trackpad, a smart cover, a sleek design, and its operating system is fully integrated with Windows 8 desktop PCs. It’s possible these details wouldn’t have changed Apple’s strategy, but they might have.

We’ll find out exactly how betrayed Microsoft’s hardware partners feel after the Surface’s retail price is announced. If the price in line with Samsung’s Galaxy Tab and Apple’s iPad ($500 – $700), it would certainly send out some negative vibes, especially to hardware partners with a line of ultrabook laptop PCs.