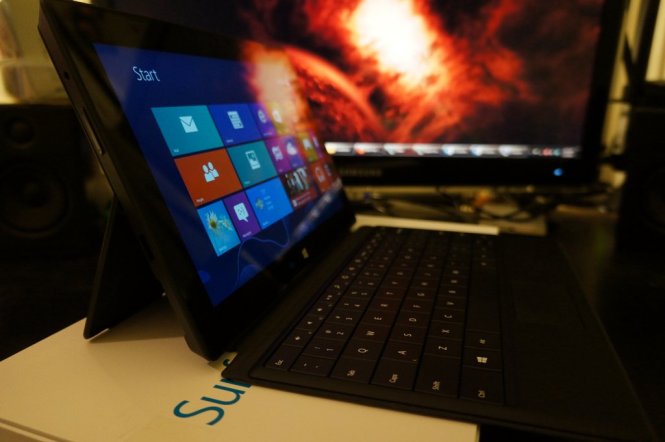 Microsoft’s first Surface tablet was all about disappointing compromise, but the new Surface Pro is full of possibility.

It has an Intel processor, so it can actually run older Windows software. It features a sharp 1080p display that makes text, pictures, and movies pop. And it has has a stylus pen … for some reason.

The Surface Pro ($899 for the 64GB version, $999 for the 128GB model) isn’t perfect, but it comes much closer to Microsoft’s initial vision of the Surface as a machine that can serve as both a fully functional laptop and a solid tablet. Unlike the Surface RT, released just a few months ago, it’s more than just a heavy tablet in a PC’s clothing.

While testing the Surface Pro over the past week, I often forgot that I was using an entirely new type of computing device. It simply felt like a fast Windows 8 laptop. And while it’s far less transparent when used as a tablet, mostly due to its weight, the Surface Pro still worked well enough for casual usage while on the couch or in bed.

It’s close to the no-compromise device I was looking for when I reviewed the Surface RT — though we’re not quite there yet.

The Good: Fast, flexible, and polished

The high points of the Surface RT also apply to the Surface Pro. It features the same polished design, a case made out of a durable metal called VaporMG, and a kickstand that pops out with a satisfying thunk. I was shocked at how well-constructed the earlier Surface RT was, and the Surface Pro gave me the same impression, albeit with a bit more heft.

Even though it has the same 10.6-inch screen size, the Surface Pro features a much higher-resolution 1080p display than its predecessor. That means it can run HD movies at their highest resolution, and it also makes just about everything on the screen extra sharp. The screen also supports multitouch with up to 10 fingers, while the previous Surface only supported five.

A dream to use

Launching programs, moving around the OS, and opening large media files was buttery smooth with the Surface Pro. For the most part, it managed to keep up with my typical workflow, which involves having several browsers open with dozens of tabs, a media program (Spotify, these days), and an instant messaging client (typically Trillian). In comparison, the Surface RT struggled to launch processor-intensive apps, and its paltry amount of RAM made multitasking a pain.

The Surface RT never quite fit into my workflow because it could only run Windows 8 apps — not so with the Surface Pro. Its Intel processor means it can run any Windows application that ran on Windows 7. I was able to run browsers other than Internet Explorer (there’s still no Chrome or Firefox version for Windows RT), and I even installed iTunes for fun. The freedom and flexibility of the Surface Pro made the limitations of the Surface RT seem even more egregious in retrospect. 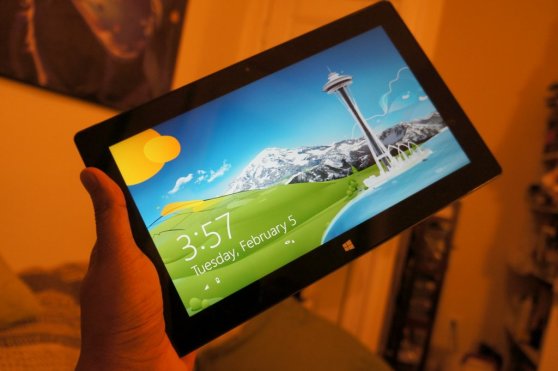 Gamers will also appreciate the horsepower behind the Surface Pro, as it’s capable of playing a lot more than just Angry Birds. I installed Valve’s Steam client and was able to pull down Half-Life 2: Episode Two in around 15 minutes. The game took about 20 seconds to launch, and loading the first chapter took only around 12 seconds. That’s about on par with my giant desktop, which has a modern Nvidia GTX 560 video card and a three-year old quad-core processor.

I was able to play Episode Two smoothly at 720p with midrange graphics settings, which was more than adequate for the Surface’s screen size. That’s pretty impressive for a computer with only integrated graphics capabilities. (Going up to full 1080p gaming is perhaps asking for too much: At that setting, Episode Two was playable, but with a low framerate.)

The Surface Pro’s battery life was comparable with other ultraportables, lasting around five hours on a full charge. It’s paltry compared to tablets like the iPad, which typically get around ten hours of usable battery life, but the difference is understandable given the Pro’s size and horsepower.

Ultimately, I was impressed at what I was able to do with the Surface Pro. It’s particularly impressive that it’s lighter than Apple’s 11-inch MacBook Air, which at 2.4 pounds is one of the lightest ultraportables around. This is where the Surface’s dual identity comes in handy: It may be hefty for a tablet, but it’s a featherweight dream when compared to other ultraportables.

I’ve been hesitant to recommend any tablet as a PC replacement so far, but the Surface Pro’s capability to offer the best of a complete PC while also dabbing in tablet territory could make it the only computing device some may need. 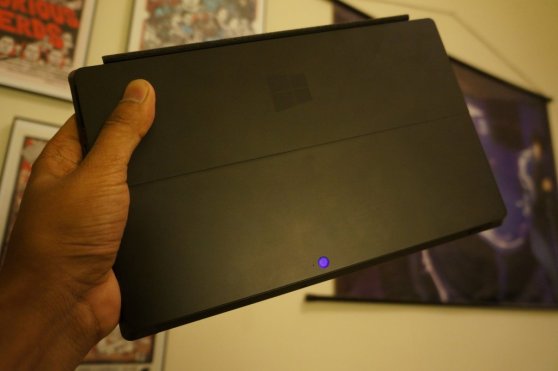 The bad: Even more awkward as a tablet

I’m no fan of big tablets, and the Surface Pro is by far the biggest tablet I’ve come across yet. It’s far too heavy to hold one-handed (even for short periods), and its wide screen makes it awkward to balance as well. In a time when we have small tablets like the iPad Mini weighing in at .68 pounds and roughly the size of a paperback, the Surface Pro feels like a dictionary.

But I suppose that’s the price you pay for including the hardware necessary to make it a functional Windows 8 ultraportable as well. I was disappointed in the Surface RT because it felt mostly like a tablet. But because the Surface Pro feels more like an ultraportable, its tablet deficiencies seem less egregious. Eventually, I got used to holding it on my lap or knee for casual web browsing.

When it comes to its size, the Surface Pro sits in a space all by itself right now: It’s lighter than other ultraportables, but far heavier than other tablets. That makes it easy fodder for gadget geeks who want the Surface to fail, but I see it more as a sign that Microsoft is actually daring to be different than the crowd.

I didn’t spend much time with the Surface Pro’s stylus pen, mostly because there wasn’t much of a compelling reason to use it. It’s helpful for doodling in image editing apps, but I’ll never get used to taking handwritten notes on glass screens (sorry, Galaxy Note fans). It was particularly useful for navigating Windows apps that weren’t optimized for touchscreens, though I don’t think that was Microsoft’s intent.

The Windows 8 problem: Apps and stability

Windows 8 apps aren’t exactly helping the Surface Pro’s tablet standing either. Microsoft has managed to get a decent selection of Windows 8 apps, but there’s nothing that feels truly groundbreaking or inspired. I spent most of my time with the Surface Pro inside of the desktop environment running older Windows apps.

Microsoft also has some work to do when it comes to the Surface Pro’s stability. It would occasionally get stuck in portrait mode, and on several occasions, the Surface failed to recognize the touch and type keyboards. Rebooting fixed most of the issues I ran into, but I also had a few blue screen crashes when repeatedly plugging and unplugging the keyboards. (At least Windows 8’s blue screen of death has a frowny face. Upgrade!) 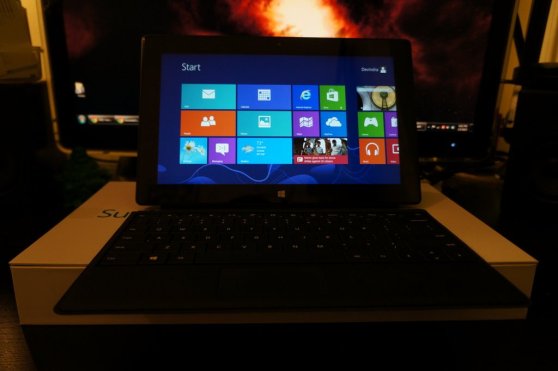 The verdict: This is the Surface you’ve been waiting for

For all of its failures as a pure tablet, the Surface Pro is a compelling offering as an ultraportable/tablet hybrid. The Surface RT gave us a mere glimpse at the future of computing, but the Surface Pro’s combination of power and flexibility brings it right to your fingertips.

It may not be for everyone, but it’s worth serious consideration if you’re looking at Windows 8 ultrabooks. I have a feeling we’ll look back at the Surface Pro as the first time Microsoft’s Surface dream was more reality than hype.

For once, the future seems bright for Microsoft.