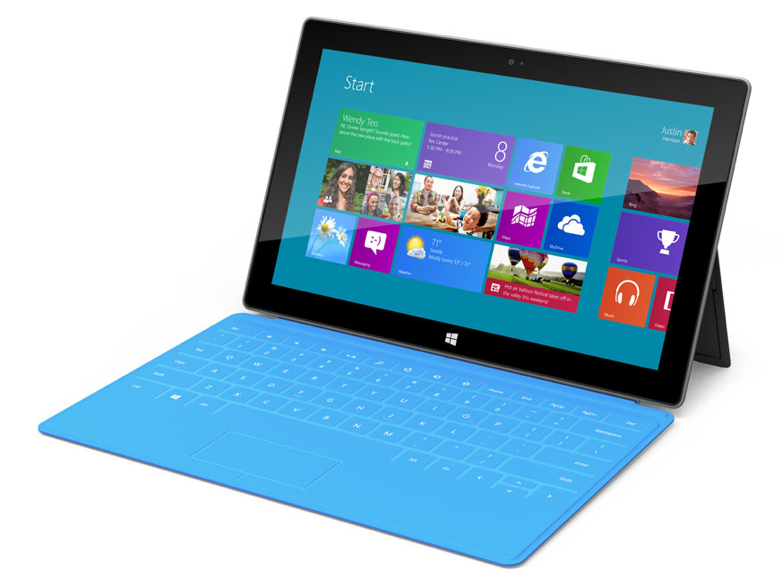 Yes, we know the spec is dead. It’s all about the user interface, the product ecosystem, the entire user experience of a product and a brand.

Here’s a comparison of the new Microsoft Surface and the Apple iPad. I’ve grouped the iPad WIFI and 4G models, as they are almost feature-for-feature identical. And I’ve added the Surface Windows 8 version here, but it’s almost a product in a different class, with a full desktop operating system, stylus support, and more.

I’ve kept the comparison to the device itself, but arguably should include the very slick keyboard cover that Microsoft unveiled.

Finally, please note: Many things are not yet clear about the Surface — we’ll be updating with more information as it becomes available! 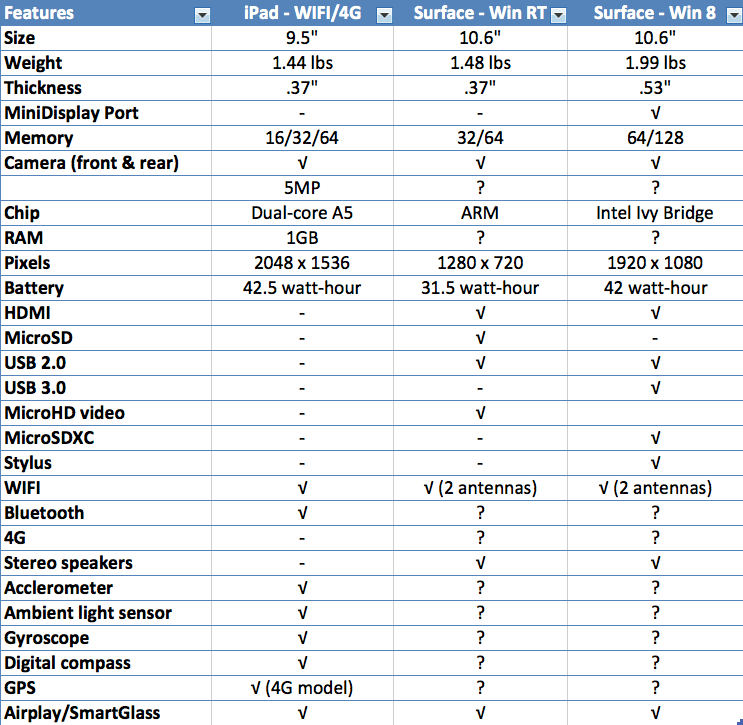 Microsoft clearly wins in terms of ports. The company has obviously made that a point of competitive pride — it’s not even a contest. That’s mostly because that is not a field that Apple chooses to compete on, and many people may not care. Be that as it may, there are some who will like more options to connect their tablet and other devices.

For many of the sensors, especially internal ones such as a gyroscope, ambient light sensor, or accelerometer, Microsoft has not yet released data. Very likely many or most of these will be included. On others, such as cameras, Microsoft has revealed that there is both a front and rear camera, but we don’t have any specs on it yet.

All I can say right now is, the world just got more interesting.

The post-PC race has just begun, and we’ve all got front-row seats.