Microsoft has taken the next step in its mission to challenge Amazon and bring its cloud computing prowess to the burgeoning space race.

With Azure Space, Microsoft is aiming to make Azure “the platform and ecosystem of choice for the mission needs of the space community,” according to a blog post from Azure Global VP Tom Keane. The goal is to serve as a bridge between satellites and new services from both the public and private sectors, spanning military, telecommunications, agriculture, energy, and more. Microsoft last month debuted Azure Orbital, a ground station service that enables satellite operators to manage and process all their data in the cloud.

Public and private space initiatives have been popping up with regularity, such as new constellations of micro-satellites from companies like Amazon and Elon Musk’s SpaceX that will beam the internet to the farthest reaches of Earth. But harnessing satellite data requires antennas capable of communicating with satellites, as well as other infrastructure — such as storage, servers, and networks. This is the gap Microsoft and Amazon are both looking to fill.

Microsoft has teamed up with SpaceX — which has already launched dozens of its Starlink satellites into low earth orbit (LEO) — to provide internet access to new Azure Modular Datacenters (MDCs). These are designed for “extreme environments” where traditional datacenter infrastructure doesn’t exist. 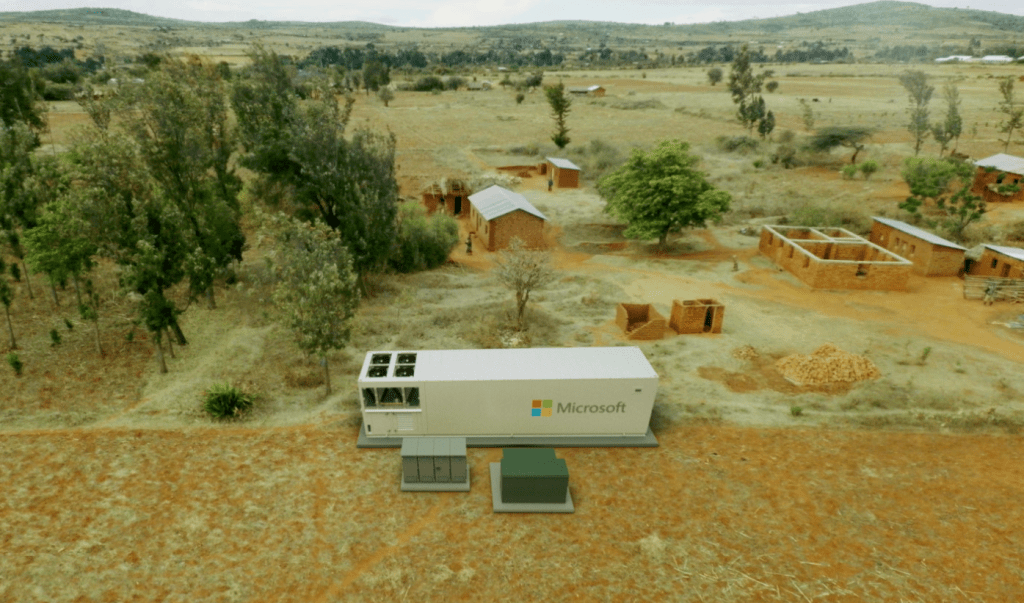 The MDCs are entirely self-contained, and Microsoft is helping its customers deploy these Azure datacenters as needed. While they’re mainly designed to run on terrestrial fiber or low-bandwidth networks, SpaceX makes satellite connectivity an option, either for backup during a network disruption or as a primary connection in remote areas.

While Microsoft and other tech giants have already invested heavily in subsea cabling and terrestrial infrastructure, vast areas of the Earth — whether in deserts, on mountains, or in the middle of the ocean — receive limited or no internet bandwidth, a problem Microsoft is looking to solve with Azure Space.