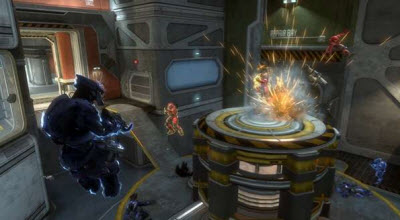 The baton has been passed in the Halo video game franchise. Microsoft‘s 343 Industries game studio has taken the reins from Bungie to develop future Halo games. This week, the company showed off the first result of that transition with the announcement of the Halo Reach Defiant Map Pack.

While the map pack isn’t as big an undertaking as a brand new game, it’s important in generating sequel revenues and is also key to reassuring fans that Microsoft will focus a lot of resources on the care and feeding of the Halo franchise, which has generated well above 40 million units in sales. Bungie, the original creator of the multibillion dollar franchise, has moved on to a new game series for Activision Blizzard. Now Microsoft has to prove that it can manage and care for this decade-old gold mine in a way that keeps the fans — who have played Halo games for 3.3 billion hours on Xbox Live — coming back. If it succeeds, Halo games will continue to print money for Microsoft for years to come. 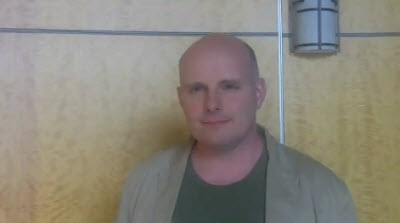 The responsibility for Halo now rests with Frank O’Connor (pictured left), head of 343 Industries, a Microsoft-owned game studio. O’Connor said in an interview that a number of ex-Bungie employees like himself continue to work on the franchise. But the company has also recruited a lot of new blood to apply fresh ideas to the familiar Halo universe, which is the single-biggest video game property that Microsoft has ever created and which is primarily responsible for the success of its Xbox and Xbox 360 video game consoles. 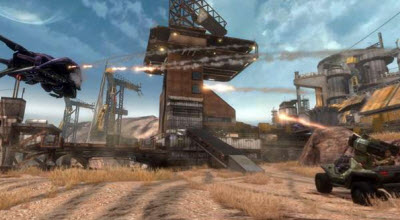 The Halo Reach Defiant Map Pack is the second for Halo Reach, the Xbox 360 game that launched last September as the last Bungie-created installment of the Halo universe. The map pack includes three new multiplayer maps. You will be able download it for 800 Microsoft Points, or $10, on March 15. It has the first-ever Firefight mode for Halo Reach as well. That’s where you fight cooperatively with fellow human players against masses of computer-controlled enemies who keep coming at you until you all die. That’s an appropriate addition, considering the storyline of the losing battle from the Halo Reach game. 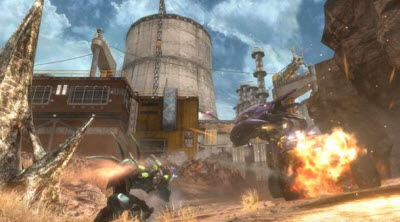 The maps include Condemned, which takes place above a massive space station in orbit above the planet Reach. I played this game and a lot of the fighting centered around a multi-level central ring (pictured at top) where you could jump high into the air and shoot your enemies either above or below you. It also includes Highlands, a military training space set in a wooded area on Reach. It’s a big map where players can engage in massive 16-player battles. I also played Unearthed, a Titanium mine and refinery on the planet where you can ride around in vehicles such as the Warthog (above right).

O’Connor says that the map pack, built by developer Certain Affinity in Texas, isn’t an easy thing to build. One reason is that the maps have to be tailored to what the fans want. But fan feedback is all over the map and what people say they want often diverges from what they actually do when they play. Certain Affinity, fortunately, has been working on map packs ever since Halo 2 debuted in 2004.

“These things have to be really well thought out on the ground level of the design,” he said. “How do the expert players enjoy this map and how do new players enjoy it?”

O’Connor says the company is still hiring developers for 343 Industries and has the luxury of trying to convince potential hires to work on one of the most beloved game franchises in history. He says that, during the 10th anniversary year of Halo, the company will do all it can to make this year seem like a big deal. He’s not talking about what 343 Industries’ major effort is. But hopefully it will be epic.

We talked with O’Connor about the transition and the map pack. Check out the video below.