The project aims to make PC and console games available via streaming on every device, including Samsung Galaxy smartphones.

Xbox chief Phil Spencer said in a video that the company is working on making the highest-quality games available on all devices via the Microsoft Azure cloud technology. The games would run in the data center, and the video can be served from the cloud to gamers on the devices they choose.

“Any other form of media, the idea that is locked to one device is totally foreign,” Spencer said.

The point is to take games like Halo and Gears of War to Galaxy phones and tablets. Players can play with attached Xbox controllers or with touchscreens, Spencer said. He said the mobile gamers won’t suffer degradation of performance when they play on their devices. 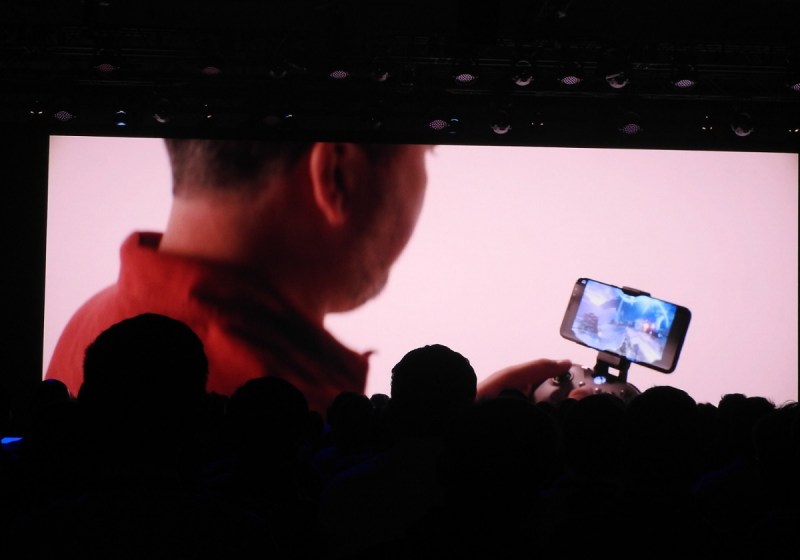 Above: You will be able to play xCloud games with a controller and your smartphone.

“We want to be so that anyone holding a Galaxy phone is holding a gateway to a high-powered gaming experience,” said Sarah Bond, head of gaming partnerships at Xbox, while onstage at SDC 2018.

Thomas Ko, vice president of services management group at Samsung, said that Galaxy is the largest platform for games in the world, as it has a decent chunk of the 2 billion gamers, many of whom play on mobile devices. He said 56 percent of those gamers play at least 10 times a week on smartphones.

Samsung is making tools like GPU Watch and Game SDK available to game developers, and it is launching a brand new Galaxy Store in 2019.

Microsoft did not say when xCloud would be available, but the company said it is readying the technology in its data centers and would make it available when it’s ready.