Microsoft has officially unveiled the second incarnation of its HoloLens mixed reality headset.

The core pitch behind the all-new HoloLens is that it doubles down on immersion and comfort. Indeed, the company has reduced the weight by making it entirely from carbon fiber, so it “feels like the device is floating on your head,” Kipman said.

The new HoloLens appears to be a slightly smaller model than its predecessor, and it sports additional comfort mechanisms, such as a small dial at the rear to steady the headset and make it easier to adjust. But perhaps one of the biggest changes from a practical perspective is a new flip-up visor — so if you need to depart your virtual world, you can just swivel the glass front upward. 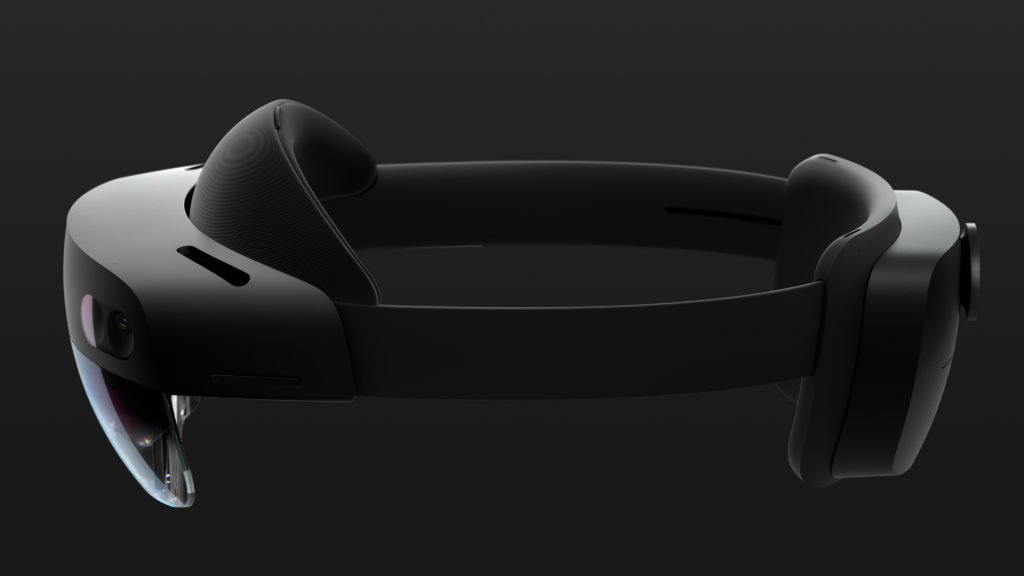 But immersion is probably the more exciting facet of this launch — the company said that it has now doubled the field of view without compromising on the existing 47 pixels per degree of sight. Moreover, it also now supports additional gestures, including the ability to interact with holograms using your fingers. Ever wanted to play a holographic piano? Well, now you can — as demonstrated on stage by Microsoft’s Julia Schwarz.

Above: Julia Schwarz from Microsoft playing a holographic piano.

To quickly recap, Microsoft launched the original HoloLens back in 2016, serving as a headset-based digital experience that combines virtual and physical worlds through a rich set of sensors. The headset first started shipping to developers in the U.S. before expanding to dozens of markets across the Americas, Europe, and Asia.

HoloLens has pretty much remained a niche product since its launch, though Microsoft has developed a number of applications to showcase its potential in industry. With today’s launch, the company is striving to make HoloLens the industry standard for holographic applications.

From a hardware perspective, the HoloLens 2 sports a new time-of-flight sensor for improved depth sensing, and this combined with built-in artificial intelligence and “semantic understanding,” as Microsoft puts it, HoloLens 2 now enables the direct manipulation of holograms as though you are interacting with a real physical object.

While the existing HoloLens unit supports certain gestures, such as the “bloom” gesture, which takes you back to the home screen, and “air tap” which is the equivalent of clicking on a mouse, this new version of HoloLens really takes things to the next level. If playing a holographic piano doesn’t float your boat, then pressing buttons with your hands could bring some genuine use cases to industries — or even the gaming realm.

Other notable enhancements ushered in for HoloLens 2 include eye tracking. Applications can detect where you’re looking while you can also now log in with Microsoft’s biometric Windows Hello authentication using iris recognition.

In terms of cost, well, the HoloLens 2 is pretty much in the same ballpark as the original device. It will cost $3,500 and go on sale in the U.S., U.K., Japan, China, Germany, Canada, Ireland, France, Australia, and New Zealand later this year.