Halo 5: Guardians isn’t coming this year. But Microsoft will soften the blow by releasing the Halo Master Chief Collection for the Xbox One this fall. With this collection, players may re-experience the full series with better graphics and full multiplayer combat.

The high-definition remastering of all of the prior Halo titles will be available in a single $60 package, said Bonnie Ross, the general manager of Microsoft’s 343 Industries game studio, in a press briefing. Ross said that the collection will capture the journey of Master Chief, as it has been captured so far in the original Halo: Combat Evolved, Halo 2, Halo 3, and Halo 4. For the first time, a full decade of the Master Chief experience will be available on the same generation of console at the same time. It will debut on Nov. 11, the 10th anniversary of Halo 2’s release.

The Halo Master Chief Collection will include a preview of multiplayer combat for Halo 5 with access to an upcoming beta test. It will have 100 multiplayer maps from all of the Halo games. That’s a pretty good value for the price, said Frank O’Connor, the franchise development director at 343 Industries. Blur Studios will also be creating a pair of cinematic videos that will tie the Master Chief story together, helping those who are coming to the series for the first time. These videos will serve as a prologue and epilogue for the Master Chief story, and they will tease Halo 5.

“Never before on one console have you been able to experience the full story,” Ross said. “This is something we are really excited about.”

Microsoft is unveiling the collection at its press conference at the Electronic Entertainment Expo (E3), the big game trade show in Los Angeles this week. Halo fans have purchased more than 50 million units to date, making Halo into a multibillion-dollar franchise and one of the most successful entertainment properties of all time. This collection is aimed at making sure that all of those fans move over to the Xbox One video game console that launched in November. The Halo 5 beta test will be active after the release of the collection, in December 2014.

“We’re expecting to do things that are really incredible on the [Xbox One],” O’Connor said. “And one of the ways that we’re gonna achieve that is with a brand new engine. With Halo 4, we talked about how we had gone back to the drawing board on a couple of features of that engine, but it was really an iteration of the existing Halo engine. This is a new platform with much more capacity and much more power and on a different architecture. So we’ve retooled the entire engine: everything from audio to graphics rendering and beyond. And it’s something that we’re really excited about.” 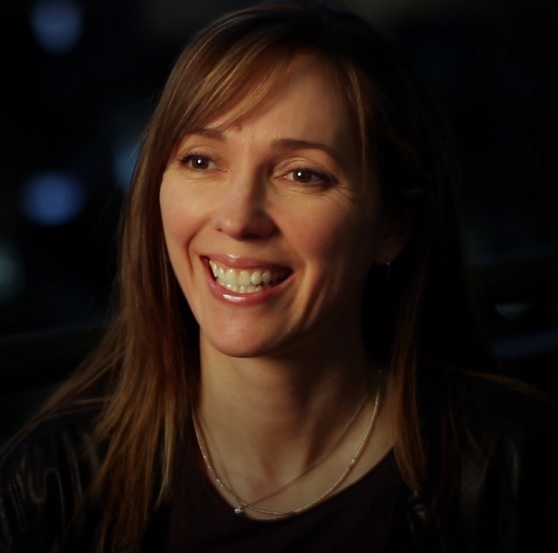 Above: Bonnie Ross of 343 Industries

The collection will have a new Master UI, or user interface. It will have a new way to play, with everything unlocked from the get go. You can go play your favorite missions on one game and switch over to another favorite mission on another game. You can customize the difficulty level. You can create your own “play list” of a collection of missions that you can share with your friends. You can do cross-title playlists, like playing all of the Warthog missions or battle tank missions.

As with the Halo: Combat Evolved Anniversary edition that came out on the Xbox 360 in 2011, you can play the games in their original graphics. But you can also play them with updated, better-looking 1080p, 60-frames-per-second graphics on the Xbox One. So the old Halo games will look as beautiful as the new ones, Ross said. All of the downloadable content associated with each game will be available in the collection.

The collection will not include the episodes of Halo that don’t include Master Chief, such as Halo 3: ODST and Halo: Reach.

“This is about Master Chief’s journey,” Ross said. “That doesn’t mean we can’t do something with those games at a later time.”

This fall marks the 10-year anniversary of Halo 2, and Microsoft will mark that anniversary with the remade edition of Halo 2, with terminals, collectible skulls, and other updated features. Along the way, you’ll see hints about the storyline of Halo 5, as you discover little hidden secrets inside the older game. Microsoft will even keep some of the glitches that the old game had, O’Connor said.

Microsoft showed off some of the gameplay of Halo 2. You can press a button and switch back and forth between the old graphics and the new. Multiplayer will have some big surprises, the company said. If you play an older game, the weapons are balanced for that version. Halo 2 did not support online co-op play, but the collection’s versions of Halo 2 will support it up to two players. 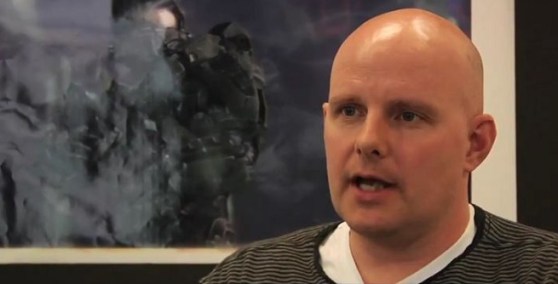 Above: Frank O’Connor of 343 Industries.

In this game, there will be 4,000 more Xbox Live achievements associated with new challenges that you can pursue in the collection. Microsoft’s 343 Industries and its development partners will provide playlists for the launch, and it will add more over time. It is still evaluating whether it will add some features like The Forge (a mode from Halo 3 that enabled players to save and share maps from custom games) and saved films of gameplay.

The Halo television show collections, such as Halo: Nightfall, related to Master Chief will also be available on the disk. Last year, Ross said at Microsoft’s E3 event last year that Master Chief’s journey would begin in 2014. What she meant is that the Halo Master Chief Collection would launch in 2014, and that Halo 5: Guardians, as Microsoft recently announced, would debut in 2015.

“It’s a deliberate positioning of Halo 5 as the right time for that game,” she said.

The whole collection idea encourages people to mix and match their play across different versions. There’s a chance that the multiplayer community will divide into four factions across the four games.

As for the story of Halo 5, Ross said, ““[In Halo 4] Master Chief lost his best friend. He’s in a very different, challenging place. He’s questioning everything. He’s questioning his past, his purpose, what he’s fighting for, why he’s fighting. And as we look on Xbox One, we want to be very deliberate with the story we’re telling with Chief. This is about his journey. It’s about his past, and it’s about his future.”