SAN FRANCISCO — Microsoft today announced the next generation of its Windows operating system.

It’s not Windows 9 or WindowsOne. It’s Windows 10. It’ll be available for everyone next year, and insiders can start testing the OS tomorrow.

Microsoft wants to make it easy for developers to build applications for multiple devices, and that will be possible with Windows 10, Myerson said. 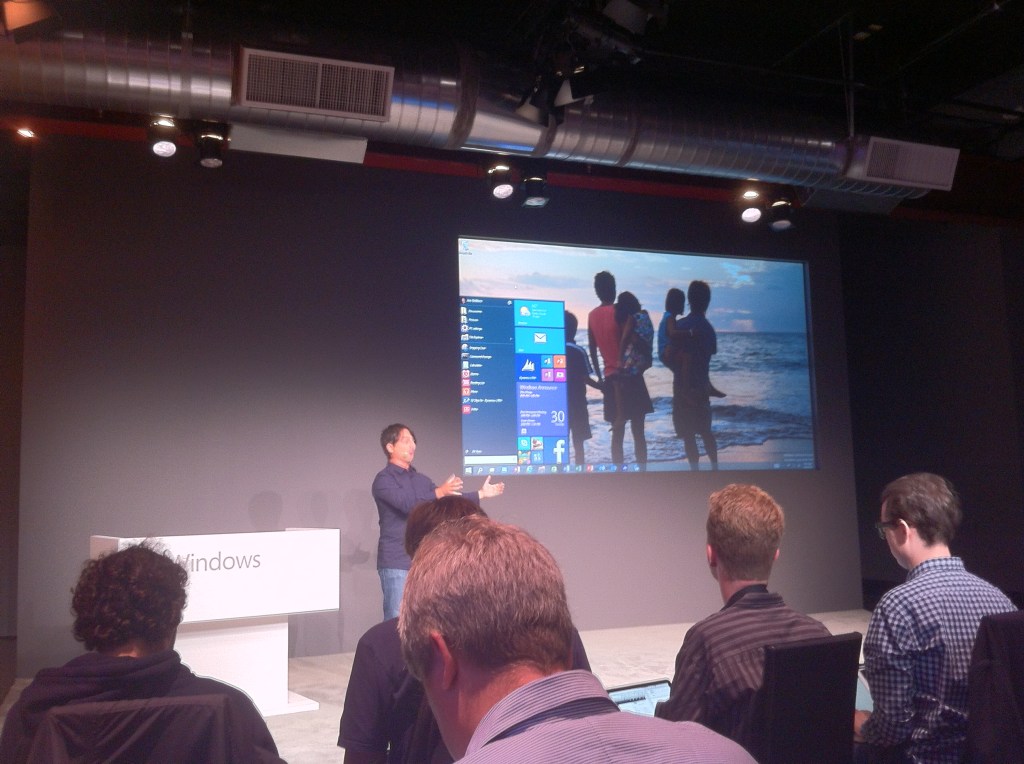 Above: Joe Belfiore gives reports a first look at the Windows 10 start menu.

The initial focus is on desktop, but gradually Microsoft is moving the new components of Windows 10 to touch-enabled devices, said Joe Belfiore, corporate vice president of the operating systems group at Microsoft. The look of features on touch-enabled devices like the charms bar will change, he said.

One new feature worth noting: Internet search results can show up in the new start menu, Belfiore said.

For Windows users at big companies, it’s also noteworthy that Windows is getting more sophisticated about handling different kinds of workloads at the same time. “We now support multiple desktops,” Belfiore said. But for those who like keyboard shortcuts, the alt-tab function works just fine for switching apps with the new multiple-desktops feature.

And when you use a two-in-one mobile device like a Surface, Windows changes its experience based on whether you’re touching the screen or using the keyboard. 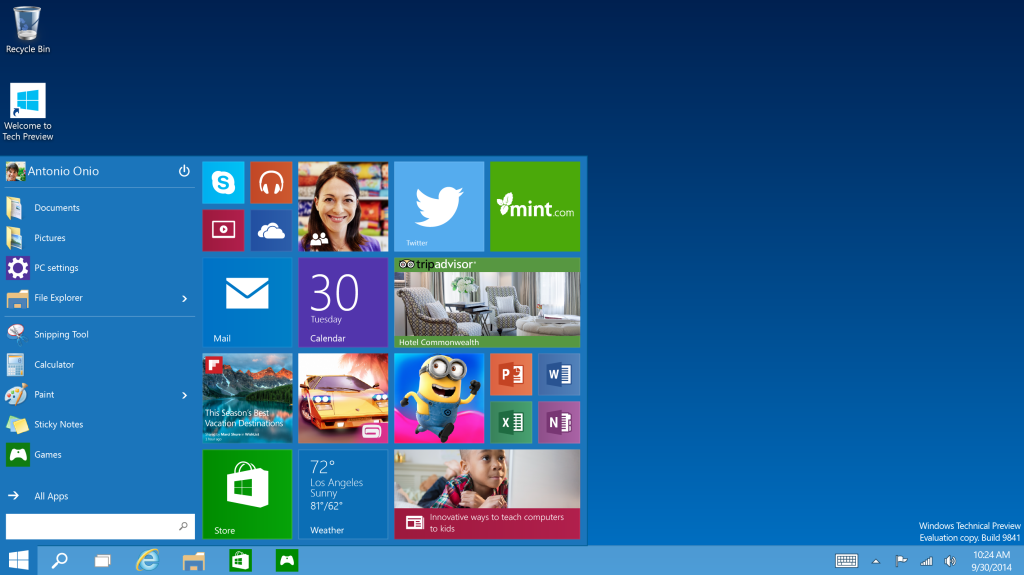 Above: Windows’ Start menu has returned.