At its Windows 10 event in New York City today, Microsoft announced the Creators Update for Windows 10. The company detailed a slew of new features coming to its latest and greatest operating system, for free. Microsoft says the Creators Update will arrive in “early 2017,” but Windows Insider testers and developers will be able to play with it sooner.

Windows 10 is a service, meaning it was built in a very different way than its predecessors so it can be regularly updated with not just fixes but new features too. The most recent significant update is the Windows 10 Anniversary Update, released two months ago.

Terry Myerson, executive vice president for Microsoft’s Windows and Devices Group, explained the three components coming to Windows 10’s 400 million users and developers. The update features 3D and mixed reality, 4K gaming, and in-game broadcasting, as well as faster ways to share and connect with your friends and family.

Megan Saunders, Microsoft general manager of HoloLens and other emergent technologies, took the stage to talk about 3D. The theme she repeated multiple times: “3D is for everyone.”

Saunders showed off a 3D-capturing app for Windows 10 Mobile. Using an HP Elite x3, the app let her walk around a sand castle, capture multiple points of the object, and save it as a model. 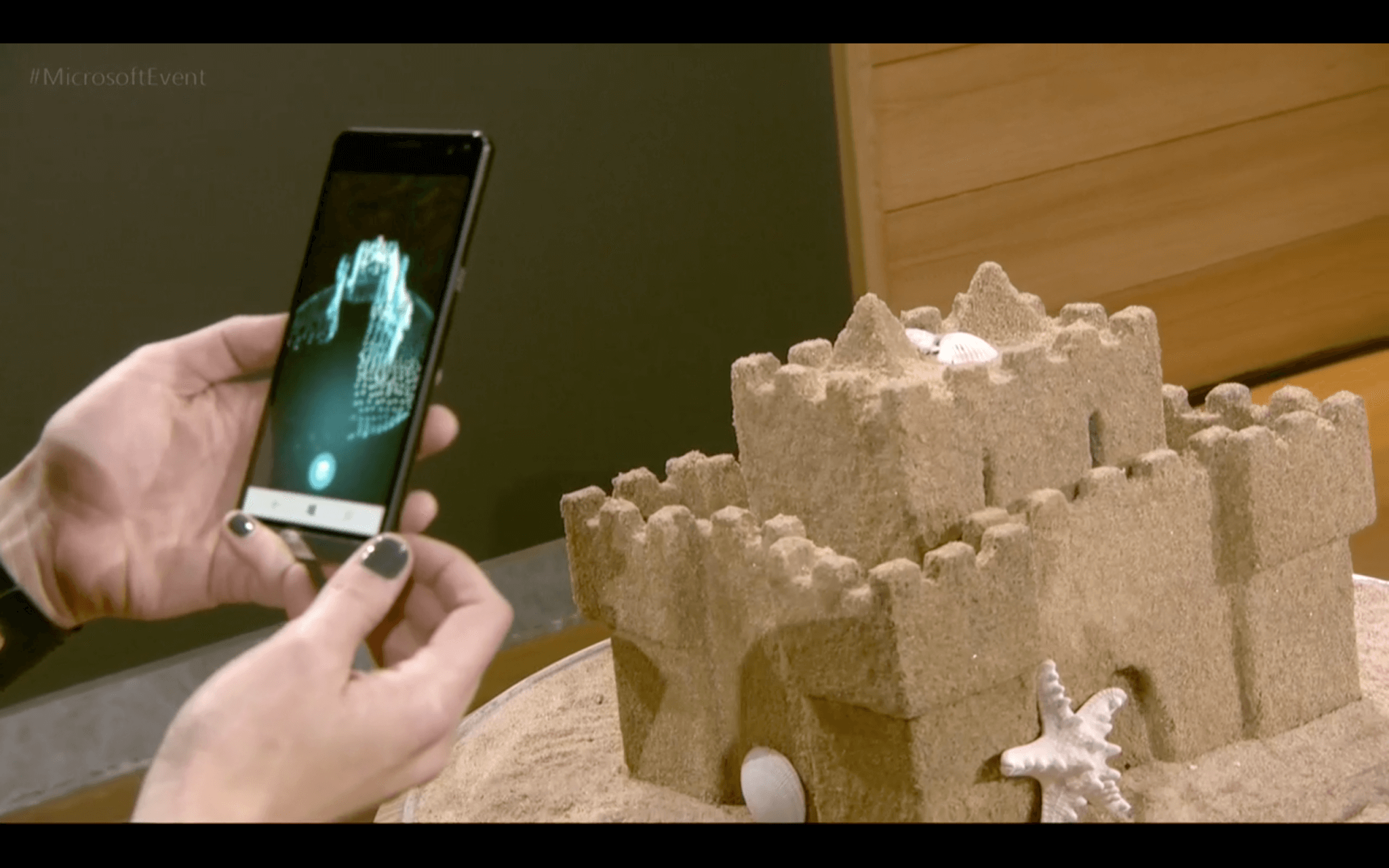 Next, Saunders introduced Paint 3D, a new app for creating and manipulating 3D objects. That same model she captured earlier was available right in the app. Other models were also available, including many created with Minecraft.

Oh, and whatever you create in Paint 3D, you’ll be able to print. In other words, this is the app Microsoft hopes creators will use to build objects they later print out in 3D.

But Paint 3D is just the beginning. Saunders promised Microsoft will be integrating 3D into many of its applications over the next year. One example given was PowerPoint, but this is nothing new, as we’ve seen 3D features come to the app already. 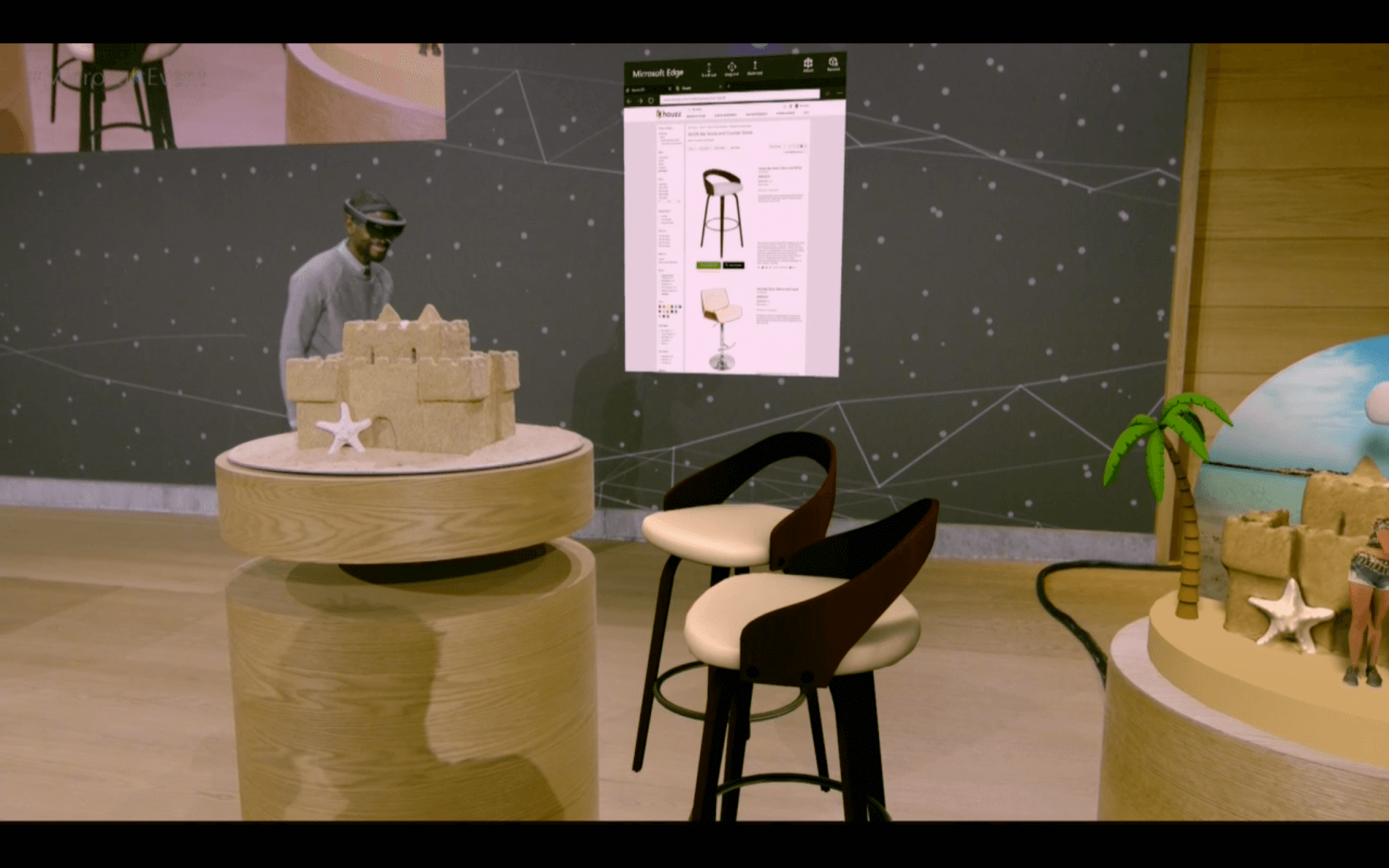 To complete her demo, Saunders showed how the sand castle could be turned into a hologram and viewed on the Microsoft HoloLens. Microsoft Edge now supports 3D objects. While browsing the web, users can grab an object on a website and place it in front of them to get a better look.

Edge in the Creators Update will also support VR experiences, in addition to mixed reality experiences. And these won’t be available just on the HoloLens: HP, Dell, Lenovo, Asus, and Acer will be shipping VR headsets that will run Windows 10.

Next up, gaming. The Windows 10 Creators Update is geared towards esports and broadcasting.

Microsoft’s Jenn McCoy, part of the Xbox marketing team, shared that broadcasting your gameplay will soon be very simple. Just hit the Windows key + G and you can start a broadcast right from Windows 10. Xbox Live does all the heavy lifting. Gamers will also be able to create custom tournaments using Xbox Live Arena. Lastly, 4K gaming is a go. Microsoft shared the least details on this one, presumably because support is still very much in the works.

For the third part of the Creators Update, Microsoft’s principal group program manager Alyson O’Mahoney detailed how Microsoft is improving sharing. She talked about how sharing documents and other files to the same contacts will be faster using the Share charm. She also discussed how Windows apps (including Skype, Mail, Xbox Live, and so on) will be able to understand context and people better.

Some of this we’ve already seen before (such as texting support in Skype) and the rest was just a glimpse of more sharing options. “Shoulder taps,” for example, will nudge you about messages from important people. 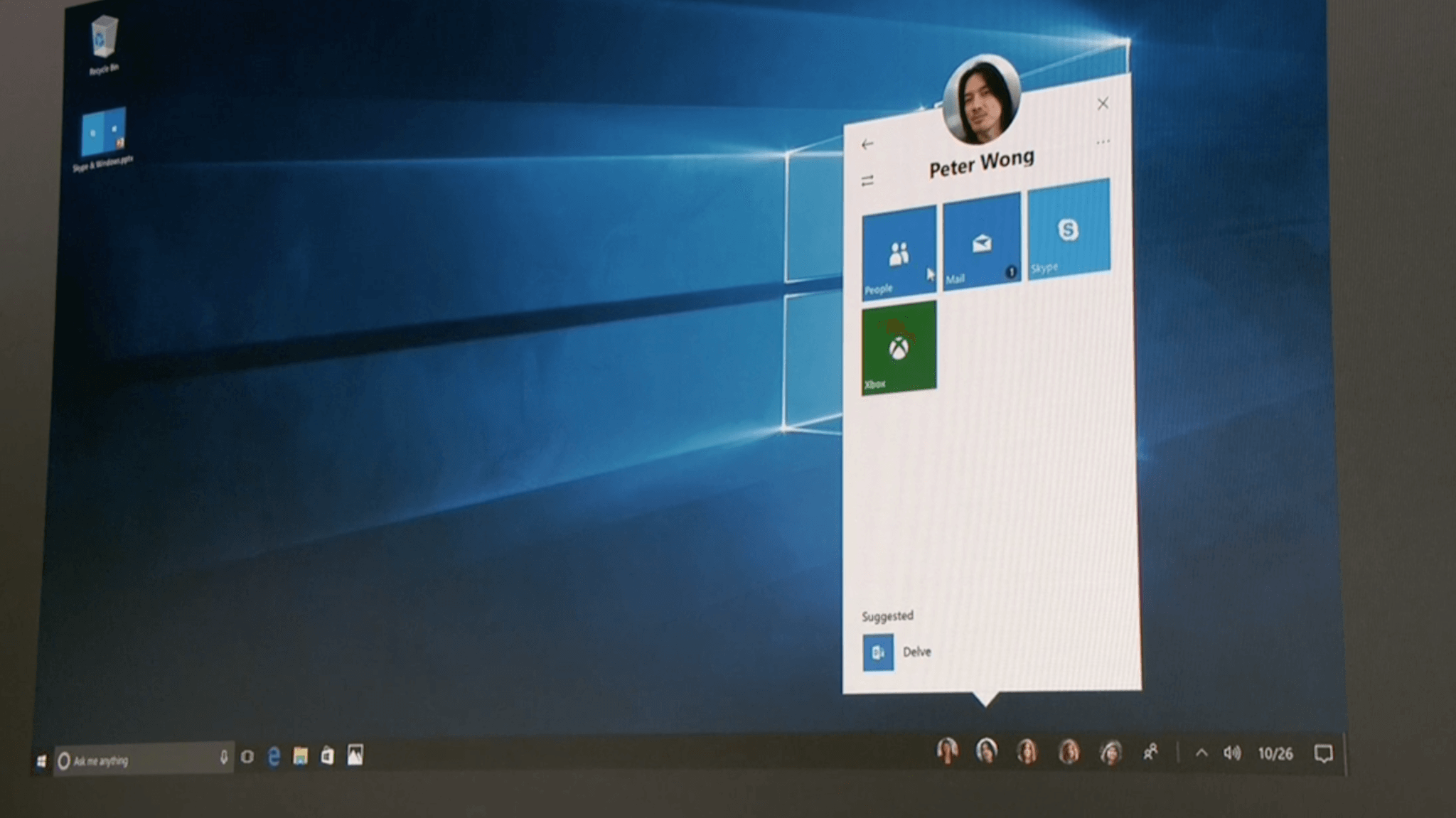 Myerson promised that Windows Insiders will get the first Creators Update build this week. Testers will thus be able to play with at least some of the aforementioned features in the next few days.