To get developers on board in time for the Windows 10 Falls Creators Update and these devices, Microsoft today also announced a Windows Mixed Reality dev kit. Developers can preorder an Acer VR headset for $299 (U.S. and Canada) or HP VR headset for $329 (U.S. and Canada), starting today from the Microsoft Store. They will ship “later this summer.” 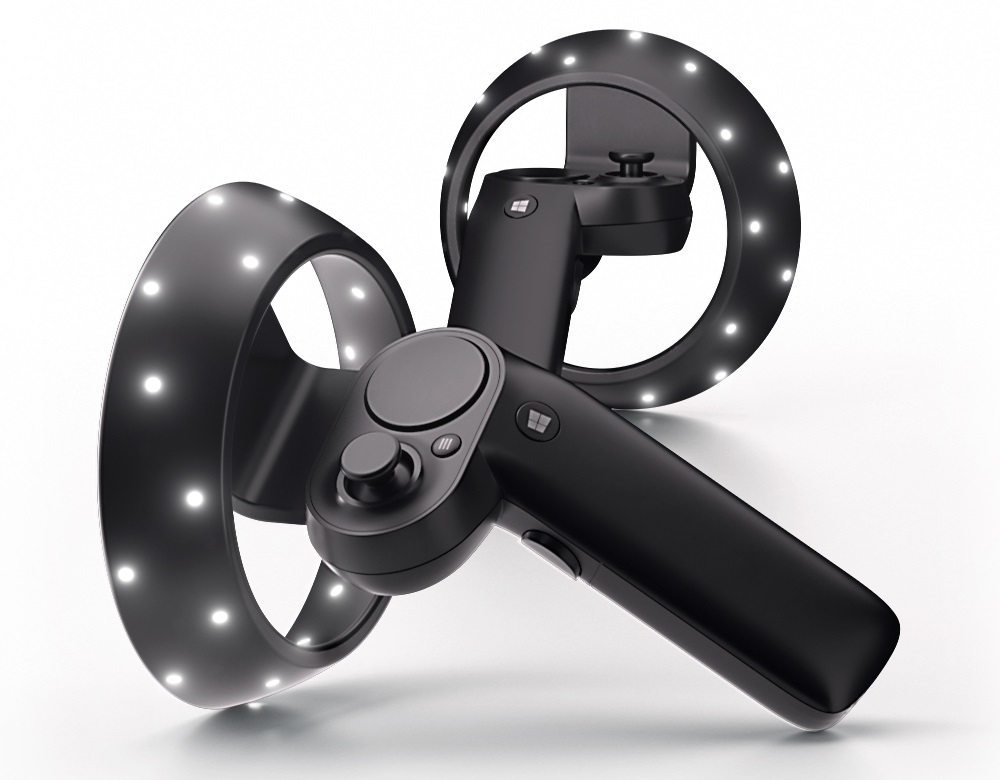 Back in October, Microsoft shared that Edge in the Windows 10 Creators Update would support 3D objects, virtual reality, and mixed reality experiences. The company also revealed at the time that this functionality would not be limited to HoloLens — partners Acer, Asus, Dell, HP, and Lenovo will be shipping Windows 10 VR headsets, starting at $299, later in 2017.

“The motion controllers offer precise and responsive tracking of movement in your field of view using the sensors in your headset,” Terry Myerson, executive vice president for Microsoft’s Windows and Devices Group, said in a statement. “There is no need to install hardware on the walls around you. We created the controllers as a high quality and comfortable input device with the same ease of set up and portability as our headsets.”

The key here is that — just like with the headsets — Microsoft also developed the motion controllers. The company sets the Windows Mixed Reality specifications so that apps and games work the same on all of its headsets and controllers, while partners are responsible for manufacturing and differentiating their products. In other words, Microsoft’s approach to AR and VR is not much different than its Windows strategy has been for years.