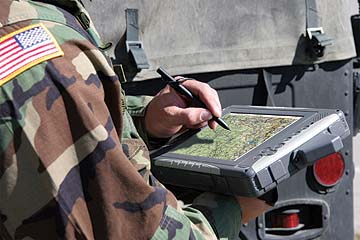 Microsoft has signed yet another patent agreement with an Android device maker — this time it’s rugged computer manufacturer General Dynamics Itronix — that will guarantee the software giant licensing fees for every Android device Itronix sells.

Details about the agreement haven’t been revealed, but just like with Microsoft’s patent deal with HTC, Itronix will receive “broad coverage under Microsoft’s patent portfolio.” Microsoft reportedly receives around $5 for every HTC Android device sold, so I would expect Itronix to pay up a similar amount.

The new agreement will serve to increase the amount of money Microsoft earns from the overall success of Android. But since Itronix doesn’t offer a bevy of consumer Android devices like HTC, Microsoft won’t be seeing nearly as much from this shakedown. We previously reported that Microsoft could have made around $150 million from its HTC licensing deal as of May — five times the amount of revenue it earned from Windows Phone by the same point.

Ironically, Microsoft could end up making a mint from its Android licensing deals alone. That’s one big advantage the company has that Apple doesn’t. Apple is watching its smartphone market share diminish as Android surges in popularity. Microsoft, on the other hand, can use Android’s success to fill its pockets, then turn around and spend that money on Windows Phone development.