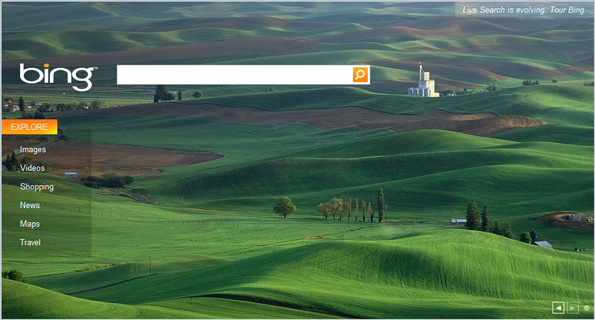 The early reviews of Microsoft’s new Bing search engine — oh, sorry, they want me to call it a decision engine — agree that Bing is (a) pretty, and (b) a perfectly good decision engine.

Now, Microsoft plans to retrofit its MSN site to integrate better with Bing. CNET’s Ina Fried interviewed Erik Jorgensen, the MSN exec in charge of tying the two sites together. He said: “Microsoft needs to ensure that it is less visually jarring when one moves back and forth between MSN and Bing.”

Microsof’t’s search successes have been in local search, shopping, and travel. These were profitable verticals for MSN’s previous search engine, Live Search. The company’s plan is to drive as many searches as possible from MSN to Bing. 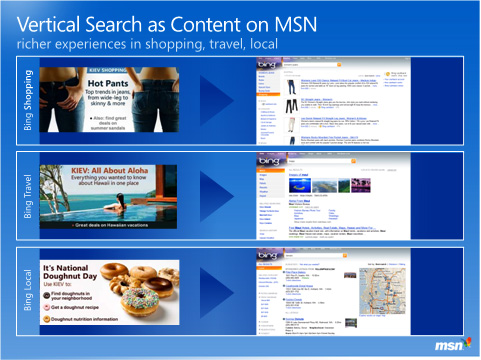 Here’s my suggestion for Jorgensen: Lose the blue. It still says “screen of death” in many customers’ minds. Give MSN — heck, give all of Microsoft a new look, crafted by the Bing design team. It wouldn’t be hard to make Google, Yahoo and yes, even Apple seem less classy.