Microsoft just added a new tool to its arsenal for fixing Windows Phone’s app gap: an Android app. No, seriously. The company today released AppComparison, a list detailing which of your Android apps are also available on Microsoft’s mobile platform. As long as you have Android 4.1 or higher, you can download it now from Google Play.

“Are you considering changing your Android device to Windows Phone?,” the Google Play description reads. “AppComparison identifies your favourite Android apps and matches them with apps available from the Microsoft Store. The application also introduces you to some of the most popular Windows Phone applications.” 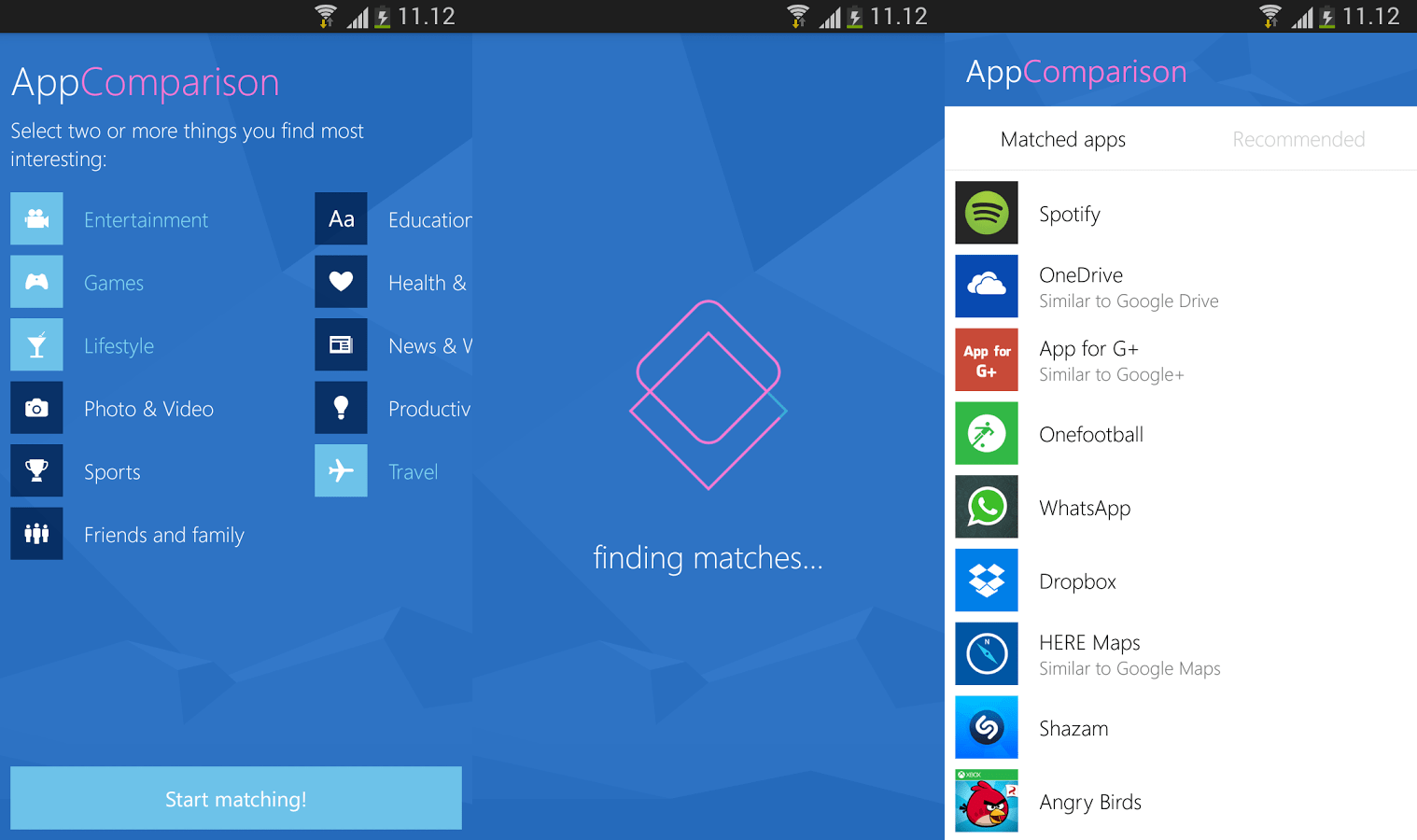 We gave it a shot, and got some questionable results. I mean, we’re not even sure why this app says Windows Phone rather than Windows 10 Mobile. Clearly whoever developed AppComparison isn’t in the company’s U.S. offices (note the non-American spelling of the word favorite above) and probably started work on this app a while ago. But I digress. 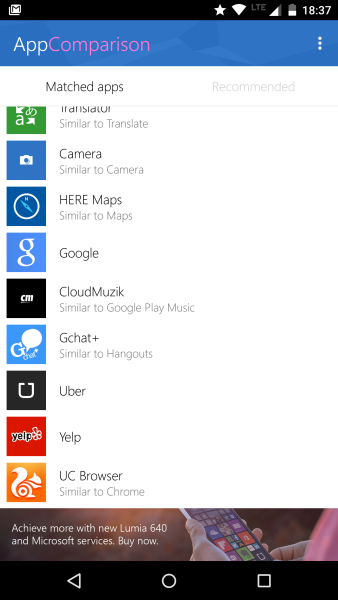 When you first launch the app, you’re asked to select two or more categories from this list: Entertainment, Education, Games, Health & Fitness, Lifestyle, News & Weather, Photo & Video, Productivity, Sports, Travel, and finally Friends & Family. The app then proceeds to serve you up the same list of apps regardless of what you picked. I mean, really, was that just a survey to figure out what app categories people care about?

I was told that Windows Phone also has Facebook, WhatsApp, Skype, Facebook Messenger, YouTube, Twitter, Google, Uber, and Yelp. Most of these apps are significantly worse on Windows Phone, but I guess that’s not the point.

Again, if this app was released with Windows 10 Mobile in mind, the last three would have been Messaging (with Skype integration), Groove, and Edge. You know, solid Microsoft software, not random third-party creations.

All in all, a disappointing app. Maybe Microsoft will try again in two years. Third time’s the charm?