After unearthing Microsoft’s new chat-email app Flow earlier this week, Twitter user h0x0d has done it again today with the discovery that Microsoft is developing OneClip, a cross-platform clipboard app powered by OneDrive. Furthermore, he leaked the current beta release for Android, iOS, Windows, and Windows Phone on the file hosting service Mega.

OneClip is very simple, and its tag line says it all: “Copy once, paste anywhere.” OneClip is currently in internal beta, according to the Windows Phone Store listing. Thanks to h0x0d though, anyone can give it a shot:

OK get OneClip for iOS, Android, WinPhone, Windows Desktop versions here https://t.co/ejbeA8mVE1 if you want to share everything with MS LOL

We grabbed the Windows version (pictured above) and got the following description from the About page:

With OneClip, it’s easy to get back to the stuff you’ve seen and used. It might be a photo you took, a screenshot you made, a phone number or address you copied on your PC (and really really need now while you’re on the run) or just an important piece of text. OneClip makes this available to you automatically, on your behalf, on all your devices. A cross device, secure, intelligent clipboard in the cloud. Why didn’t anyone think of this earlier?

OneClip starts working immediately. Just in the process of writing this article, it filled up with text and screenshots every single time I hit Ctrl+C. You can view all your copied images and text, and it even puts websites, phone numbers, and addresses in their own categories.

You can also filter by when you copied the text or image. I was given the following options: All Time, Today, Yesterday, Wednesday, Tuesday, Last Week, and Last Month. 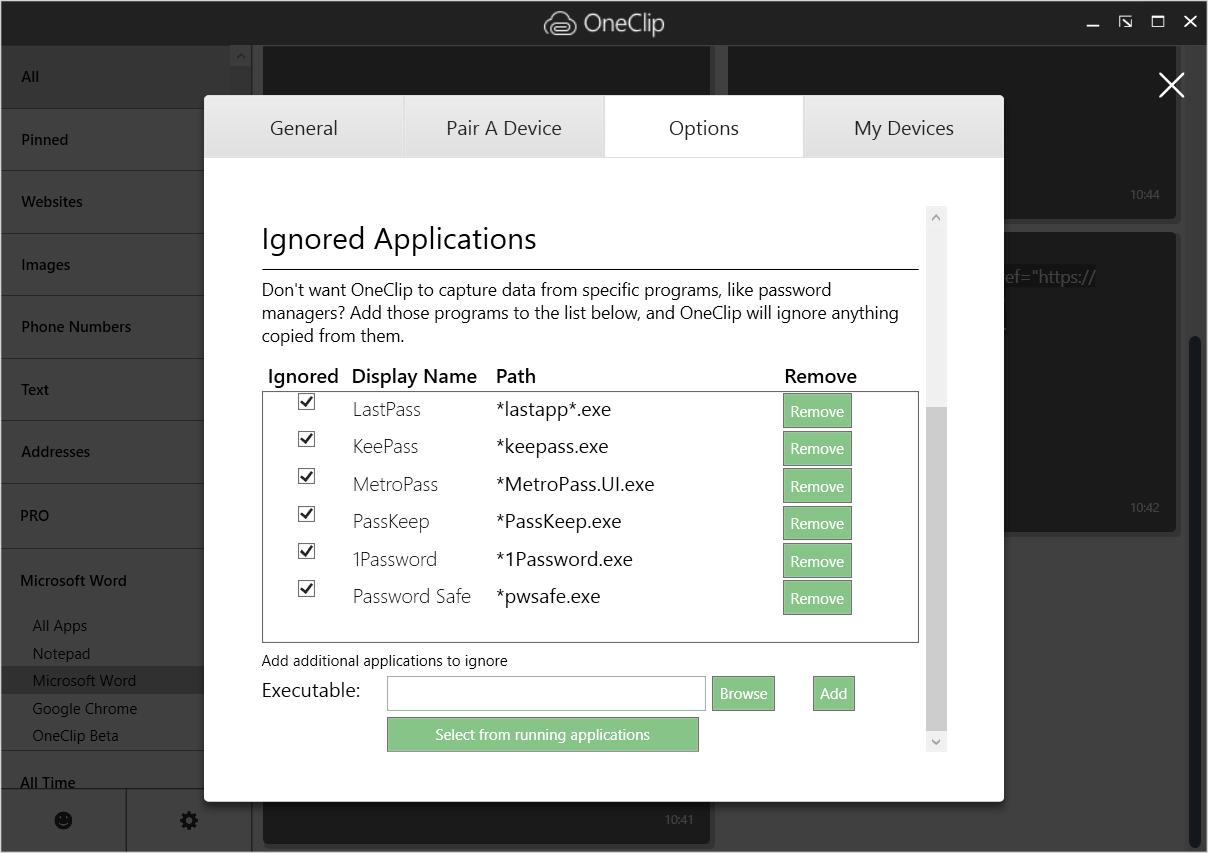 It’s a very powerful clipboard app even before you choose to pair a device. To do that, you have to generate a new pairing code for every new device. 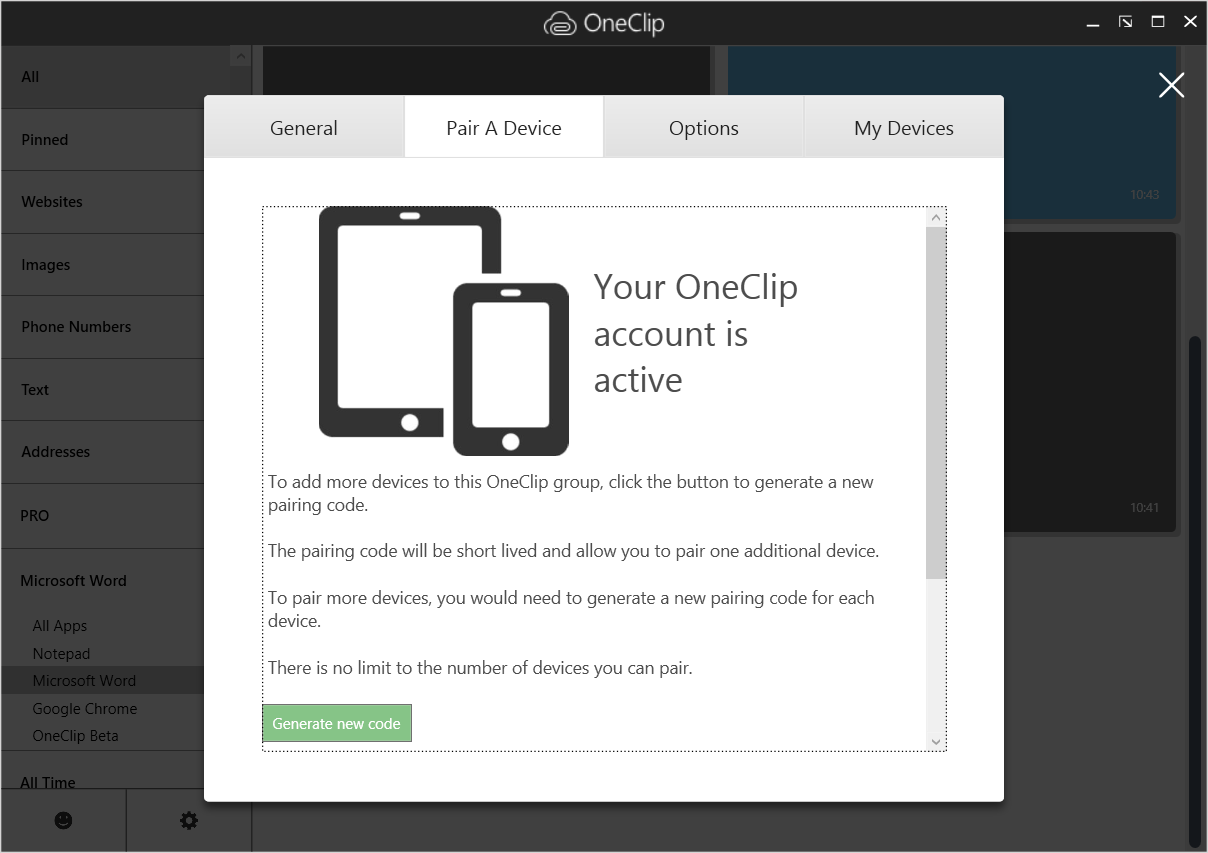 Once paired, you can copy on one device and paste on any other one that has OneClip. The app proudly states “There is no limit to the number of devices you can pair.”

For an internal beta, OneClip works surprisingly well. We contacted Microsoft for more information but the company declined to comment.

Update: Microsoft decided to comment after all, revealing that OneClip is a Microsoft Garage creation. The Microsoft Garage team is behind many “wild projects” (mostly apps aimed at consumers) that the company’s employees dream up and decide to build.

“Within Microsoft, the Microsoft Garage is always creating, developing and testing all kinds of amazing ideas,” a Microsoft spokesperson told VentureBeat. “We don’t have specific details to share right now.”