For a console maker, deciding whether or not to release a new accessory tends to come down to two questions: Will it make money, and will it be easy to support? Microsoft didn’t provide a firm reason when it disclosed two weeks ago that a virtual reality headset isn’t coming to the Xbox One, but the reasons seem clear — it was either the money, the support, or both.

I’m not happy about this decision, but I can understand the logic behind it. The PlayStation 4 has outsold the Xbox One by at least a 2-to-1 ratio, and has around 80 million consoles out there, but sales of the PSVR are in the 2-3 million range. That’s enough to make the affordable PSVR the world’s best-selling virtual reality headset, but not a blockbuster hit. 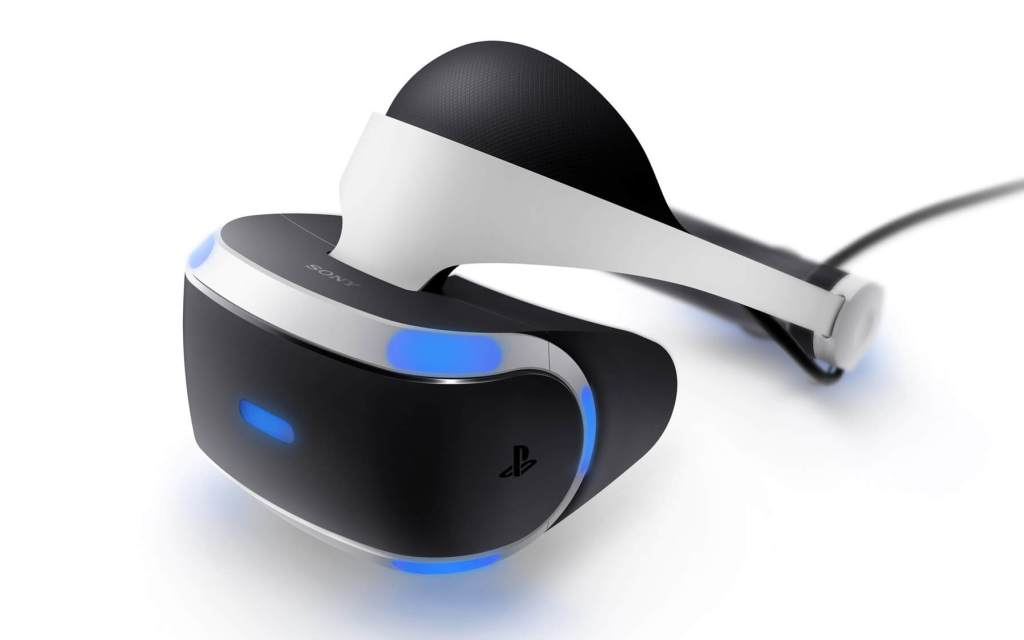 Above: Sony’s PlayStation VR is a hit by VR headset standards, but sales are still modest compared to the PS4 user base.

If an Xbox VR headset worked on all Xbox One consoles, it might reach half of Sony’s PSVR numbers. But Microsoft hinted that the Xbox VR would only have come to the $500 Xbox One X, which represents only a small fraction of the Xbox user base. Additionally, Microsoft’s already teasing its next-generation platform Scarlett for 2020, so its window for selling any new Xbox One X-specific accessory might be only two years.

Between the small install base, short window for sale, and limited upside — successful headsets need to have low prices and profit margins — Microsoft’s decision to pass on Xbox VR hardware makes sense financially. Add the need to support the headset with VR software and accessories including new controllers, and it’s easy to imagine Xbox VR becoming a big mess.

Above: It’s a tricky time to invest in VR, as new controllers, display technologies, and tracking innovations are on the cusp of hitting stores.

That said, Microsoft specifically marketed VR support at one point as an upcoming Xbox One X feature. Many people — myself included — bought the console because it was supposed to have enough horsepower to deliver PC-class VR experiences. But the company sent mixed messages on whether VR would actually come to the machine, and probably is less concerned about class action lawsuits from angry Xbox One X customers than the debacle of launching a flop VR platform.

My concern is that Microsoft is dropping the ball on an opportunity to rewrite the Xbox One narrative. Having spent untold dollars building a mid-cycle X model so it could sell the most powerful game console in the world, Microsoft is now shrugging off a marquee use of that power. Xbox sales have been disappointing enough that Microsoft doesn’t release them any more, but some killer VR apps demanding X-level capabilities could help turn things around. 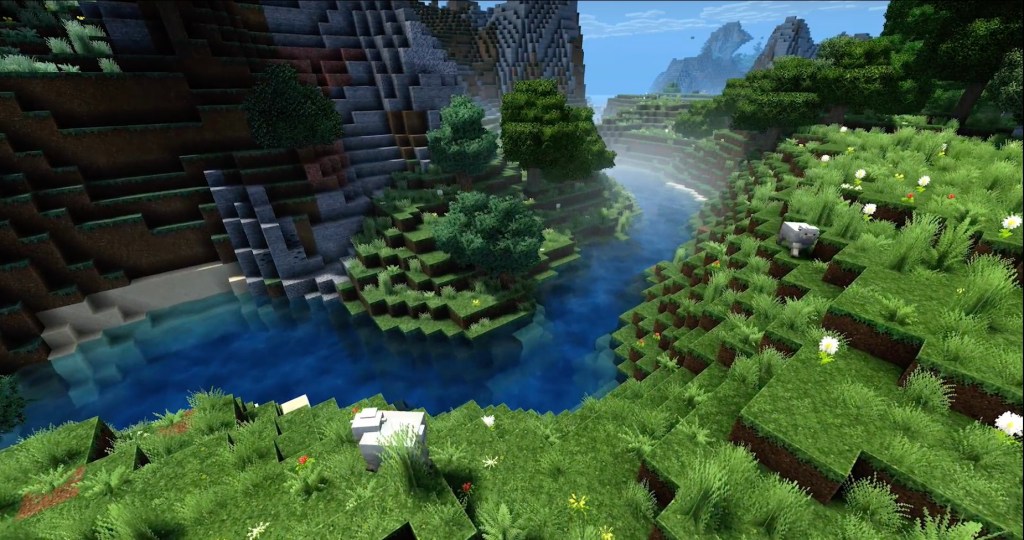 Think of all the people who would freak out over an Xbox VR version of Minecraft with the Super Duper Graphics Pack — that would sell headsets, and probably more X consoles. VR support in Forza Horizon 4 and Forza Motorsport 7 could blow Sony’s limited Gran Turismo Sport and DriveClub VR away, and appeal to car enthusiasts with plenty of disposable cash. Ditto on a VR version of any of Bethesda’s recently announced franchises. That’s only a handful of examples; there are plenty more.

The decision to pass on Xbox VR is particularly hard to understand given the platform’s Windows 10 codebase. Between Oculus Rift, HTC’s Vives, and the wide assortment of Windows Mixed Reality headsets, there are many existing PC devices and software that Microsoft could have waved a magic wand to support on the Xbox One. Wasn’t that supposed to be the point of a console underpinned by Windows PC architecture?

Above: Great VR headsets already exist for Windows PCs. Why can’t they plug into the Windows 10-based Xbox One?

I haven’t been convinced by Microsoft’s claim that there are important differences between using VR on PCs and consoles. The claim is apparently based on the assumption that consoles sit in family rooms or living rooms far from the player, while PCs sit in offices, close to the player. Microsoft maintains that cable-tethered VR headsets create special issues in family rooms.

Even if that was true, Microsoft’s perspective hasn’t stopped millions of people from using the console-dependent PSVR — apparently more people than the combined user bases of PC VR headsets. Millions of gamers use consoles in bedrooms, dorm rooms, and offices. And some people, including our own Jeff Grubb, sometimes use PCs in living rooms. The number of users who use VR wherever they have power outlets will likely increase when people realize they don’t need big, wall-tethered TVs any more to play their games. 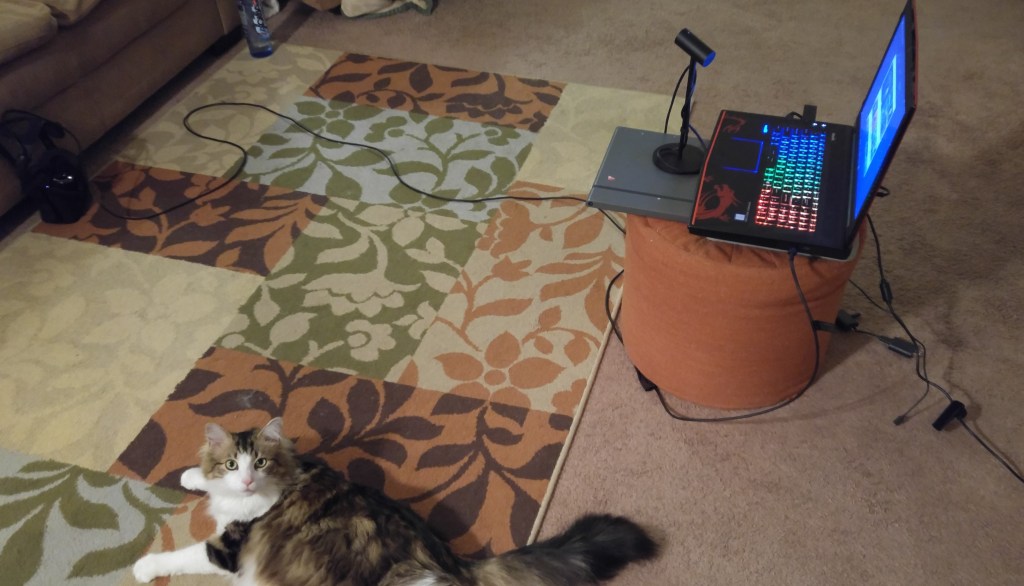 Above: GamesBeat’s Jeff Grubb brings his VR-ready laptop into his living room.

As an Xbox One X owner, I’m more concerned about the future of my investment than I was before. Before E3, I expected that the console would open the door to a new collection of amazing VR games. Now, the Xbox One X only seems to be here to make regular Xbox One titles look prettier on big TVs — and then only until yet another Microsoft console, Scarlett, is ready to replace it two years from now.

I don’t need to buy another Xbox so soon, and such rapid-fire new console releases could seriously unsettle the earliest Xbox adopters. If Microsoft doesn’t properly support its expensive, powerful current machine, even the hardest-core Xbox fans will think twice about rolling the dice on the next model.

Assuming Microsoft won’t sell its own Xbox VR headset right now, an easy way to remedy customer concerns would be to let the Xbox One X support popular third-party VR headsets, just like other Windows 10 computers. Even if Microsoft is working on its own wireless headset for eventual release on Scarlett years from now, Xbox One X owners could at least make use of their hardware to start enjoying VR today.