GamesBeat: The PlayStation 4 is still outselling the Xbox One. Is it enough of a difference to make you worry, still? Is it frustrating to consider that you almost have more exclusives and you still face that gap?

Spencer: To some it might seem like I should judge our success based on how we do against Sony. Honestly, I don’t. They’re having great success with PS4. They built a nice product in the console. They’re seeing the results of that. For us, we’re selling more Xbox Ones than we did 360s. The thing I’m focused on more than anything is that our usage on Live continues to grow. We have more gamers playing games on our platform.

I’m incredibly proud of the games lineup we have. Even when I look at the NPD results from last month—We had three first-party games in the top 10 with Rare Replay, Gears, and Minecraft. I don’t think we’ve ever had that. The team is executing and delivering very well. We’re seeing the sales results from that in our console. The fact that Sony is having great success at the same time doesn’t depress me.

Gaming is in a healthy spot. You have to earn your customers, but we seem to be doing that. We have a ton of opportunity in front of us. We launched Windows 10 at the end of July, beginning of August, and we’ve seen very good uptake from the game experiences we have in there. We have a lot more opportunity as we bring more games into that experience as well. I’m not frustrated by it. I’m only frustrated in that there’s not more time for us to go do more things faster. It takes time to get good things done. 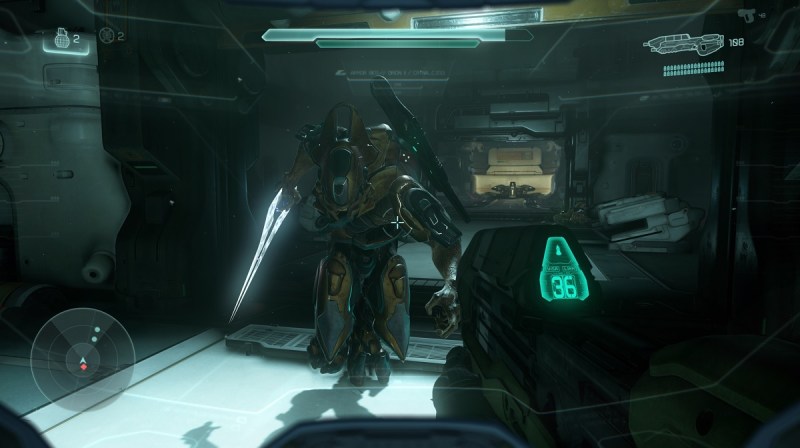 Above: This enemy brought a knife to a gunfight in Halo 5: Guardians.

GamesBeat: Esports has taken off. It seems like a big part of this game. Is it an important feature for Xbox One at this point? Is it something that could keep consoles thriving in an age where games are everywhere?

Spencer: The relationship between consoles and esports is a bit symbiotic. esports needs a fixed platform. In the PC space they do this in different ways, whether it’s DOTA or League championships or whatever. On consoles, whether it’s shooters or going down to Evo and watching people play fighting games, the consistency of the experience across devices is critical for professional players. The rig is no longer a factor.

We have the capabilities, through the millions of people playing on Xbox Live every night, to connect that esports environment to the home. You and I, if we wanted to pretend we were playing in the NBA, people would laugh at us if we did that down at the playground. But we have the capability here to play the same game, with the same controller, on the same multiplayer service and device, and get the same experience a professional Halo player has.

As we think about the connection between a home customer on Live, all the way up to an arena that has tens of thousands of people watching a multi-million-dollar championship, we’re in a unique position as an industry to bridge the professional and the amateur and bring them together more than you see in a lot of sports categories. We haven’t realized that yet. I love what they’re doing with Arena in Halo. I love the world championships they’re doing to build that connection.

I was up seeing the Gears team in the last couple of days. They’re looking at the Killer Instinct team. They’ve had great success down at Evo. It’s an important component for games and Live.

GamesBeat: How do you stave off any sort of day-one or week-one server challenges?

Spencer: With Master Chief, we didn’t hit the bar we wanted to hit. There’s no team in our organization that has more focus on stability of multiplayer than 343. They have the experience of Master Chief now. When I look at the games we’ve shipped so far this year, Rare Replay didn’t have a ton of multiplayer games, but looking at the way Gears shipped, the way Forza 6 just shipped, I have confidence that the teams have learned from last year and the years before.

There are always going to be things we learn when we launch and we have millions of people coming on in a single day. But it’s been an intense focus for the team.

GamesBeat: What’s the latest on gaming with HoloLens? Do you think it’s better for players in some ways than PlayStation VR?

Spencer: It’s different. VR, all around, is a completely immersive, blank you out from the real world environment. For some experiences that are trying to map that 100 percent immersion, VR will be the better solution for many years.

For the augmented reality, mixed reality scenarios HoloLens is focusing on—The Minecraft demo we have is a great example of something that allows you to stay connected to the world you’re in, but also experience something in a 3D space right in front of you. VR is ahead, if you think about the technology. In some ways it’s an easier problem space than mixed reality, where you’re trying to place virtual objects in the real world. You’ll see some VR advances earlier in gaming than we will with HoloLens. But in the end they can both be great gaming platforms. 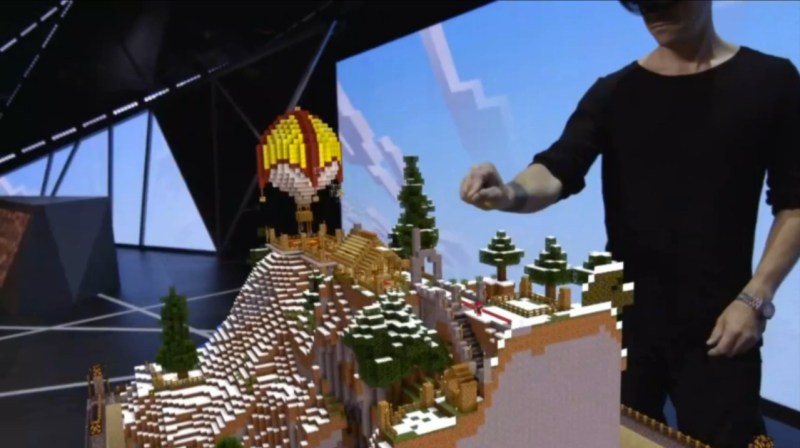 Above: Minecraft on HoloLens.

GamesBeat: Where do you think your report card is as far as indies on Xbox One?

Spencer: I’m proud of the work we’ve done and Chris Charla has done in the last year-plus with indies. Looking at the lineup we have, we have thousands of teams out there building games. Looking at the lineup ahead, the partnerships, the feedback I get from indies—They all know my email address. I get quite a bit of feedback. We’re always learning and trying to get better. I’d probably give us a B right now. There’s always more that we can do.

The biggest focus has to be on giving indies the opportunity to be financially successful. Maybe that seems too capitalist or something, but we’re seeing a lot of great indie games get out there, get shipped. Exposure and success is going to be the catalyst for that to continue. It’s not just the creation, doing a deal to get some level of exclusivity. That’s all short-term stuff. In the long run you have to find a way for that category, both from a budget standpoint and maybe even a genre standpoint, to get the financial success they need to continue.

There’s more work for us to do there. There’s more work for me. Right now I’m playing Lovers in a Dangerous Spacetime. You should go play it if you haven’t. Giving me the ability, on Xbox Live, to be an advocate for that game—We haven’t built out enough of that capability. I can stream. I can give it five stars. But there are more capabilities to let the virality and social contact that you see in places like Facebook and Twitter to have that matter more in our Xbox Live space. Amazon does a nice job of that on their website, but they sell such an eclectic collection of things. We can do a better job because we know people play games on live. We can give them the ability to advocate for games they like.