GamesBeat: No one in consoles has been bragging about how well they’ve sold in China so far. I take that as not such a great sign of progress. What’s your measure of success there? What will show that you’re making progress in China?

Spencer: I look at how many people are playing our games. Andy said something yesterday or today on this topic. He talked about the complexities in getting games approved. That’s been an issue. He’s right. But that’s not our biggest blocker.

Console, for the broader Chinese gaming community, is still relatively new. I looked at our booth at China Joy, looked at Sony’s both. There was a lot of excitement and a lot of people. But it’s just a long burn for us there. I said on stage that it’s slow, but we’re committed. The gaming community is incredibly large there and incredibly voracious in its appetite.

Some of it is genre choices and style choices that we need to learn about, what the expectation is there. I want to sell more consoles in China, no doubt. This is clearly a space where, when I look at us and Sony, for us to go head to head in China—Early on people tried to point at that. The market’s big enough for both of us right now. It’s really about how we make consoles in general work in China, before it becomes anything like PlayStation versus Xbox.

We have Halo there now. We’ve seen good response to Halo. We’d like to get Minecraft there. We’ll stay at it. But it’s new consoles, getting content approved, knowing when it’ll be approved—We have to get to a point where games ship globally, day and date. That’ll be a big win. When people talk about the complexities in getting approval, that’s a big issue.

Spencer: I haven’t read it yet! How is it?

GamesBeat: I’m about halfway through. The first half is dedicated to the Xbox side, as opposed to his political work. There’s one fact that jumped out, where he said that the original Xbox lost maybe $5 billion to $7 billion, depending on how you do the accounting. 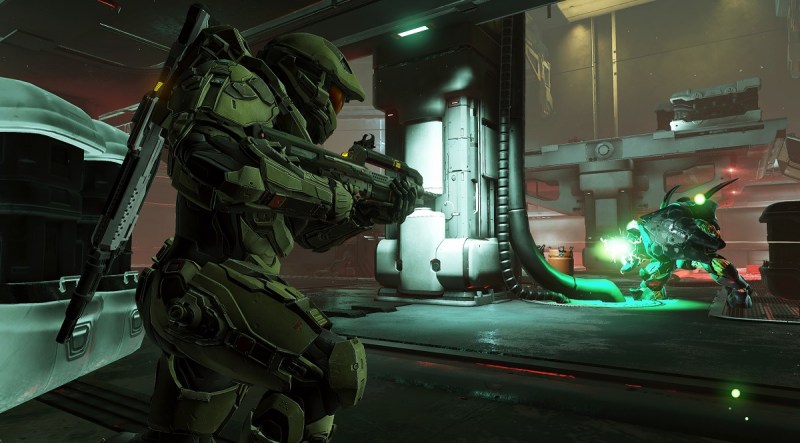 Above: Going after a Hunter in Halo 5: Guardians.

GamesBeat: They got a lot of leeway to experiment.

Microsoft is a publicly traded company. We need to be running a business. For me, the business aspect of Xbox One, clearly it’s the scorecard that Wall Street looks at companies with. But at the same time, as someone making a commitment to the people who buy our consoles and our games, I know that if I’m not running a viable business in the long run, I won’t be here.

On the profitability and the financial success, that’s what drives me. I love this product. I love what the brand means. I love what it can become. In order for us to realize what we want to realize, the financials have to work. This is why at certain times, when people will push on, “Hey, should Xbox console games go to PC? Why are you guys focusing on Windows?”—People have to step back and see that the more games we sell, the more people who are buying games on Xbox Live, the better the business is and the more we can invest in it. For Xbox fans, it creates more opportunity.

You see the lineup of games we have right now and say it’s the best lineup we’ve ever had. That’s because you get into a stronger financial position and you’re able to invest more and see the benefit of that investment. If selling games on Windows and Xbox means we get to invest more and build more, that’s a great thing for people who care about the Xbox brand.

GamesBeat: There’s one touching part where he included his whole resignation letter after the first Xbox shipped, [in] the middle of the year. He felt like there were too many things that needed fixing, and he couldn’t see a way out of it by handling it all himself.

Spencer: He’s a very good friend, somebody I see fairly often, and a great person. Family life is important to him, I know. The success of the company and the product was clearly central to who he was. I know there are frustrating times. It’s a big job. There’s a lot of moving parts and things to manage. I can understand the anxiety.

GamesBeat: How do you get the energy to keep going?

Spencer: I love this job. I think it’s maybe something I was born to do. I’ve played games forever. I love the artform. I love what it means. I love what it can become. I see this game, I’m looking at the screens, and the thing I see is the last three years of working with 343 to make that happen.

From an internal viewpoint, that environment—You’ve been in a game studio before. It’s an infectious environment. They get to put their product out and stand up and be proud of what they’ve done. You earn your customer with everything you do. That value the gamer, respect the game mentality our teams are driven by—If I ever get down on the job I just go to a fan event or go to a studio like I did this week and I come out really energized. 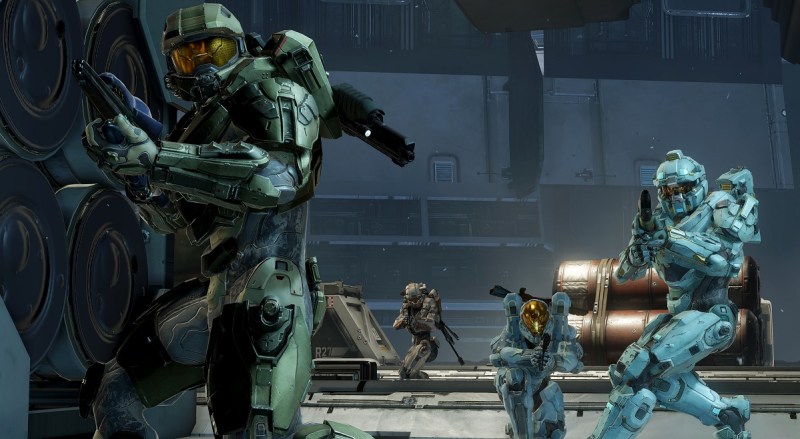 Above: Blue team on the watch in Halo 5: Guardians.