As widely speculated, Microsoft this week unveiled a cloud version of Windows designed to stream from the company’s datacenters to endpoints including laptops, smartphones, and tablets. Called Windows 365 Cloud PC (originally Project Deschutes), the new service makes Windows 10 and Windows 11 cloud instances available to organizations and individuals, with apps, data, and settings that persist across both sessions and devices.

Windows 365 is built on Azure Virtual Desktop (formerly Windows Virtual Desktop), a virtual desktop infrastructure product that Microsoft launched in 2019. But according to Microsoft 365 general manager Wangui McKelvey, Windows 365 simplifies the virtualization experience by handling many of the more complicated aspects behind the scenes. The impetus for it was the shift to hybrid work during the height of the pandemic, she said. Employees want technology that adapts to their new workflows, McKelvey said, with 73% who responded to Microsoft’s Work Trend Index saying they prefer flexible remote work options, but not at the expense in-person collaboration.

“Much like how we’ve embraced the cloud for other products, our vision for a Windows 365 Cloud PC is to deliver a new way to experience Windows through the power of the cloud — while solving both novel and traditional challenges for organizations. This new paradigm isn’t just about allowing and securing remote access. The user experience is more important than ever for attracting and retaining talent, improving productivity, and ensuring security,” McKelvey wrote in a blog post.

Windows 365 provides what Microsoft calls an “instant-on” boot experience that streams apps, tools, data, and settings from the cloud via MacOS, iOS, Linux, and Android. The state of each instance — which is encrypted — remains the same even when switching between devices. And like standard Windows installations, Windows 365 supports business apps including Microsoft 365, Dynamics 365, Power Platform, and more.

A new service called App Assurance helps customers with 150 or more users fix app issues they run into at no additional cost. As for IT, Windows 365 shows up alongside physical devices in Microsoft Endpoint Manager. Admins can apply management and security policies and use the security baselines for Windows 10, Microsoft Defender for Endpoint and Microsoft Edge, or a cloud PC-specific security baseline. 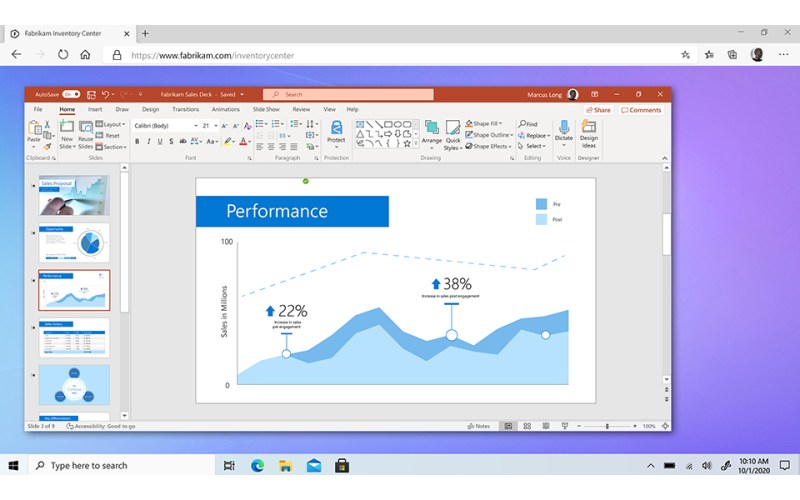 Organizations can scale the processing power and monitor the performance of Windows 365 cloud PCs using an expanded built-in analytics service. From the Endpoint Analytics dashboard, they can identify cloud PC environments that are underdelivering and get recommendations or upgrade them. And Microsoft’s Watchdog Service regularly runs diagnostics, sending alerts when a test fails as well as suggestions on how to fix it.

IT challenges and benefits

Virtualization can be challenging to set up and maintain, especially for organizations without dedicated IT teams. McKelvey says that Windows 365 is for the approximately 80% of the market lacking the need for full customization or the resources for on-staff IT.

“Cloud PC represents the next big step in cloud computing that connects the Microsoft Cloud and personal devices in a powerful new way. With the announcement of Windows 365, we’re inviting organizations, employees, and partners to reimagine experiences with Windows and their devices and look forward to creating new scenarios for users everywhere,” McKelvey continued. 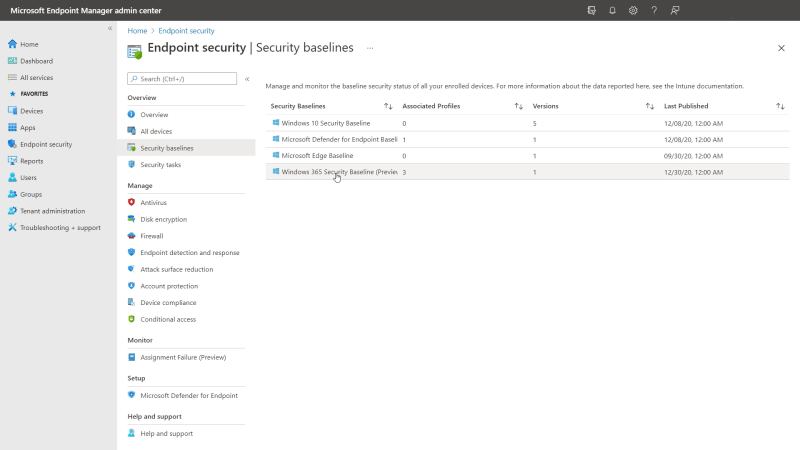 Above: Adjust security configurations for Windows 365.

As a report in ISG Technology points out, desktop virtualization can save businesses money in at least two different ways. The client devices used to stream desktops from the cloud usually cost between $200 and $300, versus the up to thousands of dollars that desktops command. Moreover, virtual desktops can reduce costs between 30% and 50% for IT admins by decreasing the need to manage, patch, upgrade, and support employees’ PCs. Some vendors have estimated that companies could save more than $150 per desktop every year with virtualization.

Reflecting the trend, desktop spending has dropped from 18% of hardware budgets in 2019 to an expected 14% in 2021, according to Spiceworks. The firm also found that 46% of businesses are using or plan to use virtual desktop technology by mid-2022, with 26% indicating that they plan to increase deployments specifically because of needs that surfaced due to the pandemic. 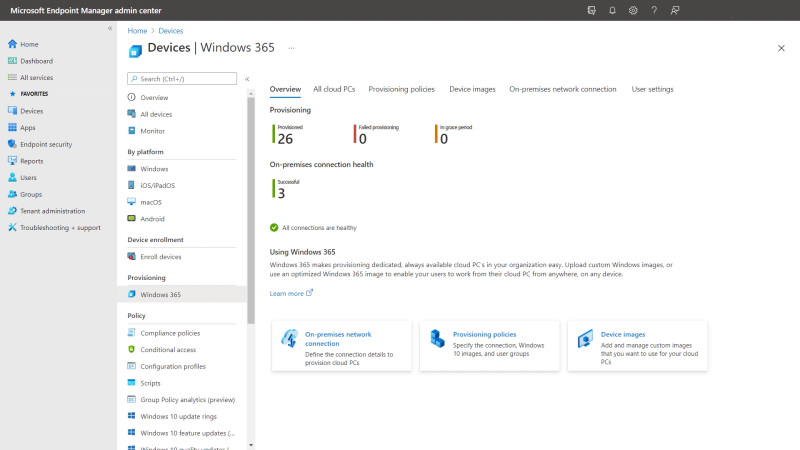 Above: Managing cloud PCs via the Windows 365 analytics dashboard.

“After analyzing 2021 cloud spend data by company size, we found that larger companies will continue to allocate a greater portion of their budgets towards platform-as-a-service and desktop-as-a-service solutions than smaller companies,” Spiceworks reported. “The push towards remote work has accelerated the shift towards more portable devices with many businesses making recent investments in laptops.”

Systems integrators and managed service providers including Accenture, Insight, Netrix, MachineLogic, and Nitec Solutions already support Windows 365 and will assist with additional services, Microsoft says. New solutions in support of different Windows 365 scenarios from independent software vendors like Nerdio, ServiceNow, and Net App are launching today. And in the future, original equipment manufacturers will gain an opportunity to integrate Windows 365 into their services alongside their devices.

“Seasonal workers also can ramp on and off according to the needs of the business, allowing the organization to scale for busy periods without the complicated logistical and security challenges of issuing new hardware,” McKelvey said. “Further, companies can be more targeted in how they outfit specialized workers in creative, analytics, engineering, or scientific roles who need greater compute power and access to critical applications.” 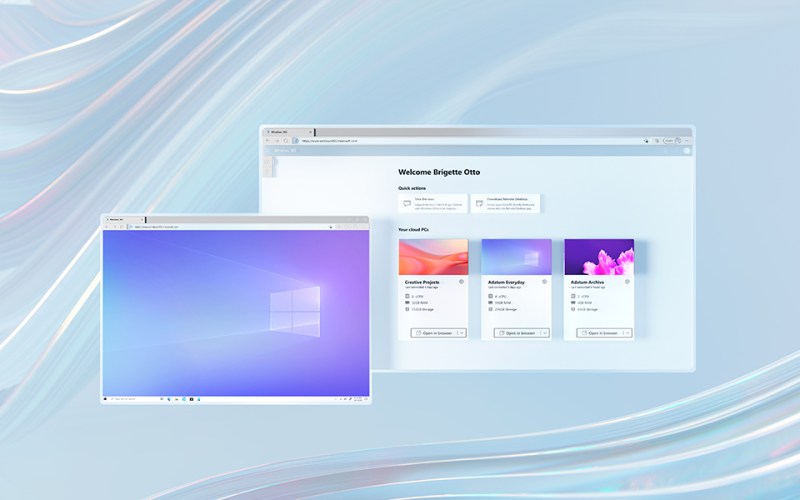 Windows 365 will be generally available on August 2, 2021 in two editions — Windows 365 Business and Windows 365 Enterprise — with multiple cloud PC configurations based on performance needs. Pricing will be per user per month, Microsoft says.