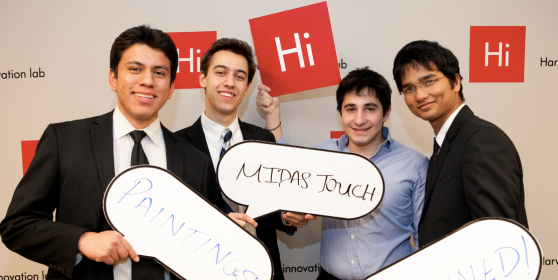 For the visually impaired, the basic problem with art is that they can’t see it. But with a project called “Midas Touch” a group of Harvard kids say they have a fix: Use 3D printing to help the blind “see” what they cannot actually see.

“We want to bridge the gap between the visually impaired and the visual world of art,” Constantine Tarabanis, one of the brains behind the project, told me.

Basically, what Midas Touch does is take a flat image — say, of “Starry Night” — and use 3D printing to add layers of texture to it, creating an image that’s half painting, half relief sculpture. Essentially, Midas Touch takes the visual nature of art and translates it to a physical world that the visually impaired can understand.

In theory, anyway. The thing to keep in mind with Midas Touch is that the whole project is at this point a concept. While Tarabanis and his team have a great idea and a bunch of funding, they’re still working on creating working prototypes to prove their idea has legs. 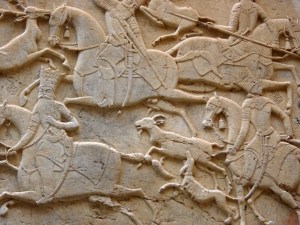 Above: Midas Touch says its work is like “painting in 2.5 dimensions”

As result, its a bit tough to fully understand or even convey what we’re talking about here — and somehow, I’m fine with that: In fact, the inability to describe Midas Touch is in its own way a meta-reference to what the project is trying to accomplish. How do you understand something that you can’t see?

The experience isn’t new to Tarabanis, who also had trouble describing the idea of 3D printing to his visually impaired friend, George. (George, in case you were curious, helped inspire the creation of Midas Touch.)

“People with vision have a incomplete understanding how the world of the visually impaired is different from ours. A lot of sensory stuff isn’t meaningful,” he said.

Nowhere is this idea more true than with color, which the Midas Touch team hasn’t let managed to figure out.

“Color is important, but people with vision tend to overestimate its value,” Tarabanis said. To solve the color problem, the Midas Touch team considered linking certain hues with certain textures — smooth for blue, rough for red — but eventually they ran up against that same problem: Correlating textures with colors doesn’t have much significance to the visually impaired.

All of this underscores why the Midas Touch project is so interesting. At a time when the discussion of 3D printing has largely revolved around its capability to create weapons, it’s interesting to see people applying the technology to arguably more useful things. And that’s enough reason to pay attention to what Tarabanis and his team are doing.