You might think that if you pay for an ad, someone will actually see it. How naive.

In fact, Google says that basically half of its desktop and mobile videos ads shown off YouTube are not viewable. 76 percent of those never appear on-screen, and the rest are visible for less than two seconds and/or are less than half in view. 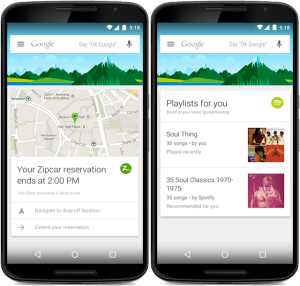 So Millennial Media is deciding to do something about it. Today, the company announced a guarantee: 100 percent of the mobile ads it brokers in apps will be viewable … or you won’t pay for them.

“Mobile has quickly become the first screen and most accessed device,” said Scott Knoll, president and CEO at Integral Ad Science, which Millennial is tapping to manage the measurement and monitoring of its ad viewability. “As such, viewability in mobile is more important than ever.”

VB has studied mobile monetization, including advertising
Our Mobile Games Monetization report is available for $499, or free with your marketing tech subscription

Viewability is of course only one aspect to ad success: targeting, creative, and the right messaging also matter. But it’s pretty obvious that nothing even starts to happen if the consumer or mobile user doesn’t see the ad in the first place. And frankly, the reigning definition of viewability from the Media Rating Council — at least half of the ad must be in view for at least two seconds — is pretty minimalistic.

This is a critical piece of the puzzle for traditional brands, who are flooding into mobile advertising — especially video.

“Demand has grown about 10 times,” RockYou CEO Lisa Marino, who runs the ninth largest ad network in the U.S., told me last week.

Mobile-first and mobile-only companies, especially casual gaming companies, are extremely familiar with and expert at mobile advertising, and they generally have the mechanics and metrics down to a finely tuned science. Traditional advertisers, however, are not quite as proficient.

So anything that both helps them understand what’s happening and guarantees certain baseline quality standards is a welcome thing.

Interestingly, this announcement comes one day after 33Across, an adtech firm that is more focused on desktop, announced a similar guarantee, saying that it will deliver 100 percent of its promised advertising 100 percent of the time, fraud-free, or refund the difference.

Some competitors are already there. Tapjoy, for instance, says its videos have always been “pay per completion,” and that “advertisers don’t pay, and have never paid, for a partially viewed ad.” Part of the picture here, of course, is rewarded video, in which mobile users get something desirable after watching a video — which guarantees viewability and perhaps even attention.

However you slice it, though, clearly there’s a movement underway.