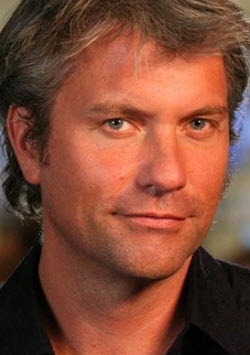 MindJolt, the social game company headed by MySpace co-founder Chris DeWolfe, has acquired both Social Gaming Network and Hallpass Media, according to the New York Times. The move is part of DeWolfe’s ambition to create a second social empire with much of the same team that turned MySpace into a leading social network.

Los Angeles-based MindJolt operates a portal for social games on Facebook and the web. With SGN, it gains one of the pioneers among mobile game companies. And Hallpass is also a social gaming portal on the web.

The New York Times says MindJolt is a profitable company with more than $20 million in revenue and 20 million monthly users. With the acquisitions, MindJolt will have 80 employees and will broaden its presence in games from the web to mobile games. DeWolfe is reportedly considering making a bid to purchase MySpace from News Corp., which bought the company in 2005 for $580 million. Since that time, MySpace has burned out in competition against Facebook.

DeWolfe has said in past interviews that he intends to do a “roll-up” in social games, and he is doing just that with these acquisitions.

“The deals diversify us in a huge way, and it positions us very well for the future, in terms of the growth of the smartphone market,” DeWolfe said to the New York Times. He declined to comment on a possible takeover of Myspace but said it was a very “interesting” asset.

Hallpass Media has about 4 million monthly users and 1,500 web games. SGN has had about 30 million downloads on iPhone and Android mobile devices. SGN was founded in 2008 and has raised $18 million from backers including Eric Schmidt of Google and Amazon CEO Jeff Bezos.

In an interview tonight, DeWolfe said he wanted to have a presence in all major markets — Facebook, the web and mobile markets. He said that “distribution is always nice,” but he wouldn’t talk about any far off potential acquisitions. MindJolt needed to be stronger on the web and stronger on mobile.

“That’s why we made those acquisitions,” he said. “We also gain two game studios to make our own internal games.” He said MindJolt would likely continue to be opportunistic about acquisitions, but would likely use these two new companies as the lead entities to march forward in the different markets. Each pillar now has substantial scale for advertisers, who could make one purchase of ads across multiple platforms. The deals were funded through money raised from Austin Ventures plus equity in MindJolt and from the profits MindJolt has generated, DeWolfe said.