To Ben Spoont, the cofounder and owner of the Misfits Gaming esports organization, everybody eventually has an “aha!” moment when they understand the passion around esports. For him, it came when he went to an Overwatch match in person and felt the roar of the crowd in an arena.

And more and more people are getting on board, including big brands. Market researcher Newzoo estimates esports will generate $1.7 billion in revenues by 2021, and that the number of esports enthusiast spectators will grow from 395 million in 2018 to 580 million by 2021. That sways the brands, but Spoont says the clincher is always when the brands see matches in person and understand how much people care about the games, the team heroes, and the esport events.

Spoont cofounded the Misfits in 2016 with Syfy Channel founders Laurie Silvers and Mitch Rubenstein. In 2017, the NBA franchise Miami Heat acquired a stake in the Misfits, and now they’re deeply involved in joint marketing activities. This year, with Florida Mayhem’s launch, the Misfit Gaming group became one of the founding 12 members of the Overwatch League.

I talked with Spoont onstage at the Esports BAR Miami event last week, and he spoke about what it’s like to run an esports club, from mediating fights between players to making sure the culture of the teams is professional.

Spoont himself is a fan of vertically integrated game leagues, where the game publisher also owns the league, like Activision Blizzard’s Overwatch League and Riot Games’ League of Legends Championship Series. But he says there are still big challenges for the various leagues to overcome. 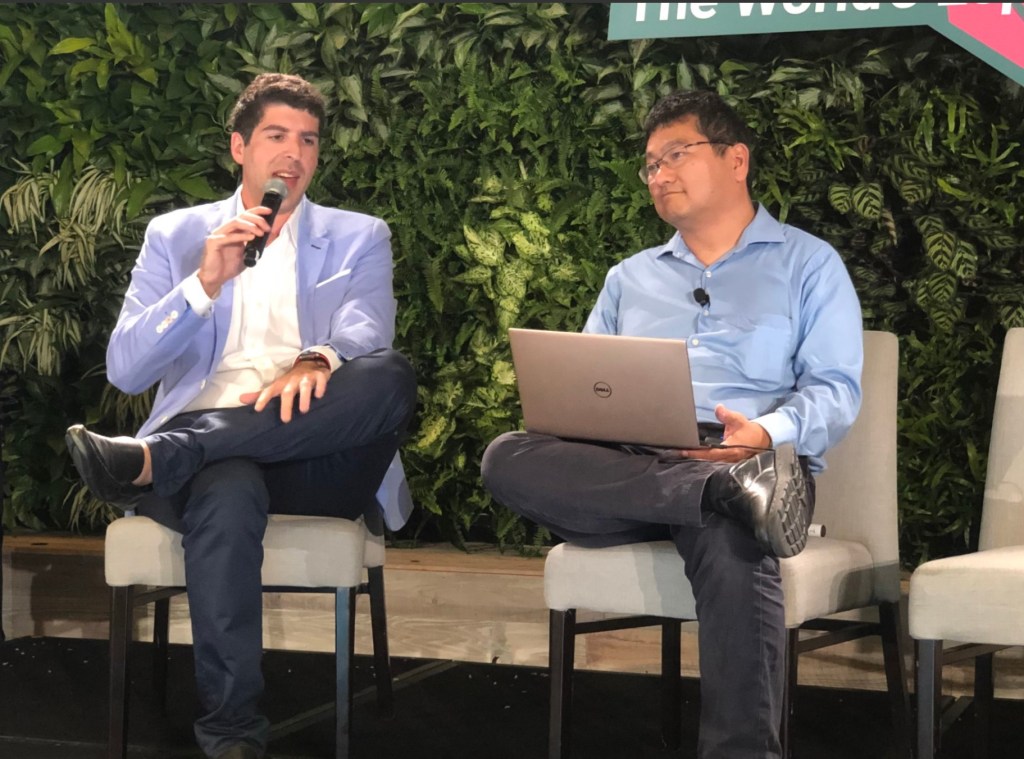 Above: Ben Spoont of the Misfits and Dean Takahashi of GamesBeat at Esports BAR Miami.

GamesBeat: You have a partnership with the Miami Heat.

Ben Spoont: Yes, the Miami Heat are investors and partners in our business. They help us with a couple of different key areas, like sponsorship, marketing, merchandising, branding. General executive sports knowledge.

GamesBeat: A lot of people here have been telling stories about when they believed in esports for the first time. Was there a moment for you when it came together and you decided this was going to be worth it?

Spoont: When we first started, which was almost two and a half years ago, we acquired what was then a League of Legends Challenger Series team, back in the day. Riot was talking about ending that engagement, but we were one of the beneficiaries of that early system. We acquired what was then a secondary-level team, and it got promoted in its first chance, which was amazing.

One of the first “a-ha” moments, though, came for me in Overwatch, when we were under the Misfits brand. Before it was the Florida Mayhem, we were the Misfits. We participated in, at the time, the first version of the Worlds in Overwatch, something called the Overwatch Open. It was on TV, which, two years ago, was something new. It was on TBS with Turner and E-League. We were in the grand finals.

It was a David vs. Goliath matchup. We were up against a team called EnVyUs, who are now also in the Overwatch League as the Dallas Fuel franchise. We were heavy underdogs. I went to Atlanta, the first time I’d been to Atlanta, and I saw the people in the event. Up to that point almost everything I had been involved with was virtual, with a small team. There were probably 500 people in the studio audience. The palpable energy in the room, watching an esports event–this was my first live event. You could truly understand how and why esports, the vision of what the Overwatch League could be, the passion of the fans for the game–it was incredible seeing that in person.

GamesBeat: When you’re trying to tell a sponsor or a potential brand participant–

Spoont: Yeah, it’s that experience. We can give presentations and talk about it and show videos and this and that, but the number one thing is experiencing it. Thanks to the publishers like Riot, and Take-Two with the NBA2K league–they have a great studio up in New York where you can visit and watch a game. You’d think there would be less passion for a basketball simulation game, but you go to that arena and it’s just incredible. You hear screaming, cheering, jumping up and down. It’s unlike anything else.

Spoont: It’s a big topic in the industry overall. For us, the way we approach it–we’ve been in “red blood” games, you might say, like Counter-Strike, where it’s something with more realistic violence. I don’t believe the issue is gaming. I’ll avoid the politics of it. But I think it’s tricky for any brand, any team. Personally I don’t have a problem with it. If you look at the success of Counter-Strike as a game, commercially, and for the brands attached to it, I don’t think brands generally have a problem with it either. But it is a delicate personal decision.

GamesBeat: What are some of the day-to-day aspects of running a team that you think people here might appreciate?

Spoont: Well, I don’t know if it’s appreciated or not. [laughs] But running a team is probably as crazy as you would think it could be. Thankfully now we’re in a place where the leagues are set up in this franchise model. Chris from League of Legends was talking about the average salary for a North American player, over $300,000, which is amazing for players. Part of the reason that has come to be is because now there’s more stability.

There used to be a time, and there still is in some games, where in the off-season you would see 90 percent of a roster turn over year on year. Which is really hard for a team. As a team we’re trying to build a brand, invest in players, invest in content around players. It’s difficult to do that if everyone’s on a one-year contract. What you’re seeing now in games like League of Legends and Overwatch, where you have opportunities to sign multi-year contracts — three years in League of Legends, and in Overwatch it’s the same — it’s amazing for teams and amazing for players. It also gives them stability.

Player drama is one of the hot topics. You are dealing with young adults. There are always some interesting stories and interesting personalities that come with that. But I’d say the number one thing that people probably don’t realize–if you look at teams, historically you’ll see times where a team may be predominantly from one region. You’ll often see a Counter-Strike team where you have a French team or a Swedish team. They’re all one nationality. But one of the beautiful things about esports is that you can have teams that mix cultures. In our European League of Legends team, for example, last year we had two players from Korea.

One of the things that we’ve come to appreciate as a team is that the cultural differences between players–that’s one issue that’s underappreciated. But you also have potential cultural issues amongst even EU countries. We’ve had to cut and release players because they were unable to properly assimilate into the team. Which ultimately was probably more our fault than their fault. They were just being themselves. But it’s a massive undertaking to create a team that is able to be cohesive not just on the playing field, but as a team.

These guys are family. They live and work with each other, sometimes 12-18 hours a day. They’re working amongst themselves practicing on their craft. They spend more time with their teammates than they do anybody else. Understanding the cultural implications of roster creation is really important.

Above: The Misfits are in the Clash Royale League.

GamesBeat: You have some interesting thoughts about the future of esports — where the teams are going to go a year from now, five years from now, and where you want the ecosystem to be. Can you address the future for us?

In my opinion, that’s the best path forward to sustainability. The most important thing that people don’t realize is the relationship between the game developer and the league. Chris mentioned before about how they’re balancing the game between the casual gamer and the pro player. If you disassociate that, you lose the aspirational effect that’s so important in esports.