3D printers have made it possible to produce a range of objects — including models, jewelry, and toys — on the fly. But crucially, these printers still lack the ability to fabricate more complex devices that are ready to go right out of the printer.

By contrast, LaserFactory can print fully functional devices and, in the case of a drone, devices that can immediately take off to begin a task. As the researchers behind LaserFactory note in a paper describing their work, this feature could in theory be used for jobs like delivery or search-and-rescue operations. 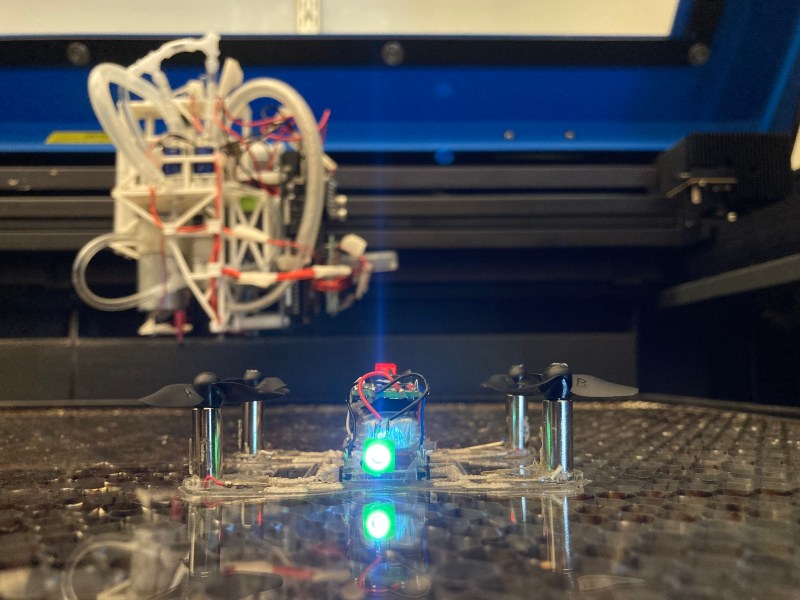 LaserFactory has users design a device by selecting components from a library and drawing on lines that allow current to flow between electronics. They then finalize the drone’s geometry in a 2D editor, using propellers and batteries on the canvas before wiring them up to make electrical connections and drawing the perimeter to define the device’s shape.

With LaserFactory, users can preview designs before the software translates their blueprint into machine instructions. The commands are embedded into a single fabrication file for LaserFactory to make the device in one go, aided by off-the-shelf laser cutter software. On the hardware side, an add-on that prints circuit traces and assembles components is clipped onto the laser cutter.

Currently, LaserFactory can automatically cut the geometry, dispense silver for the various circuits, pick and place components, and cure the silver to make the traces conductive. In the future, the research team hopes to increase the quality and resolution of the circuits, which would allow for denser and more complex electronics. The researchers also plan to build on the technology by exploring how to create a fuller range of 3D geometries, potentially by integrating traditional 3D printing into the process. 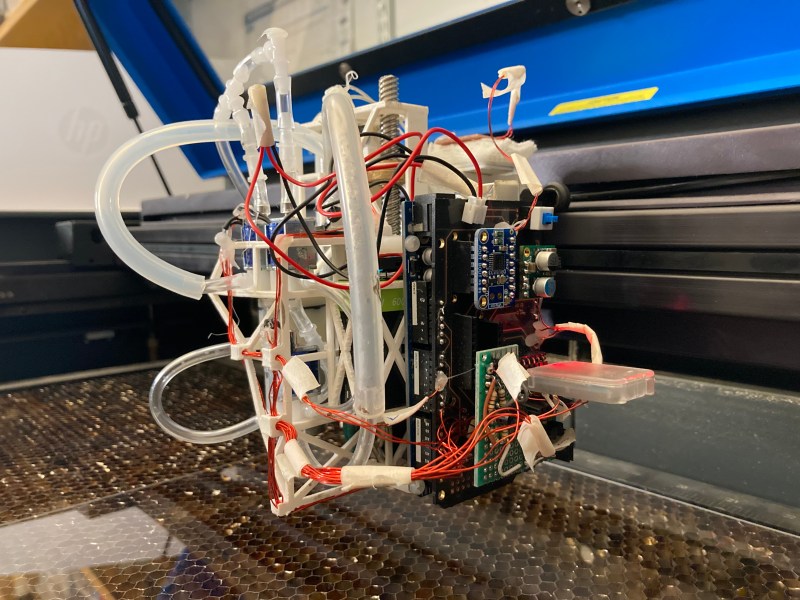 In a related work first published in early summer 2019, researchers at CSAIL investigated a drone design approach that combined the best of quadcopters and fixed-wing airplanes. Their work, which they detailed in a paper presented at the Siggraph conference in Los Angeles, resulted in a novel AI system that allowed users to dream up drones of different sizes and shapes that could switch between hovering and gliding with a single flight controller.