As the display advertising market tanks, widget-based ad networks like MixerCast still seem to be netting cash. After raising $6 million last year, the San Mateo, Calif. company has announced the close of another $4.1 million round led by Intel Capital.

MixerCast’s business is essentially dual pronged. For end users, it provides a drag-and-drop platform for creating and publishing widgets on social networking sites like Facebook and MySpace. Dubbed MCast Suite, this platform essentially serves as a container for other widgets. This structure allows MCast Suite users to mix all sorts of licensed and personal video, music, and even third-party ad widgets into a single publishable widget. Although competitors offer similar services, MCast Suite’s primary appeal is its ease of use. Rather than making users learn any sort of markup language, users can physically drag and drop other widgets (even ones from competitors) directly into MCast’s widget creator.

However, it’s not purely MixerCast’s meta appeal that’s bringing in the capital — it’s the ad potential. While the company has been slowly cranking out improvements to the platform, it’s also been closing deals with big brand advertisers for widget-based viral marketing campaigns. With viral marketers like MTV Networks, CBS, and McDonalds submitting their widgets to MCast’s pool of content, the platform also doubles as an ad network. This effectively allows savvy users to pair personal content — say, a slideshow of Ford Mustang photos — with a marketer’s content like promotional video from Universal’s Fast and Furious (see below). 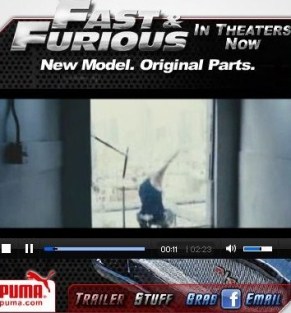 It’s a sensible idea, which is why so many others in the widget business (Clearspring, RockYou, Slide, Widgetbox, PlayFirst) are also giving it a shot. The question is whether MixerCast is creating enough of a dent in the market to keep up. Though display advertising is expected to take a beating this year , the impact of interactive advertising (including widgets like MixerCast’s) is slated to rise. However, it’s hard to pinpoint the exact impact of the company given the viral nature of its products, and there are other quirks — like how the company claimed it didn’t need new investors for its recent round due to complete satisfaction with its existing partners. For what it’s worth, MixerCast says it’s new influx of capital will go toward sales, product build out, and expanding its targeting efforts.

To date, MixerCast has raised $12.7 million in three rounds of funding. The most recent round was led by Intel Capital, along with existing investors Onset Ventures and Velocity Interactive Group.