Mobcrush has raised $4.9 million to fuel its community of mobile-gameplay livestreaming fans.

The startup is a good example of another company trying to steal a march on its PC-based rivals by coming up with a “mobile-first” version of an existing service. In this case, Mobcrush is trying to one-up livestreaming giant Twitch, which Amazon acquired last year for $970 million.

Santa Monica, Calif.-based Mobcrush allows mobile gamers to livestream a video of their real-time, live game performance as they play a mobile game. They can stream the game natively from a mobile device to Mobcrush community members. The service enables mobile e-sports tournaments, and Mobcrush has already streamed the first such tournament over its network.

“We can stream any mobile game,” said Royce Disini, the chief executive of Mobcrush, in an interview with GamesBeat. “Our focus is on the hardcore or midcore games,” the latter being games that are designed for hardcore gamers but have short session times. 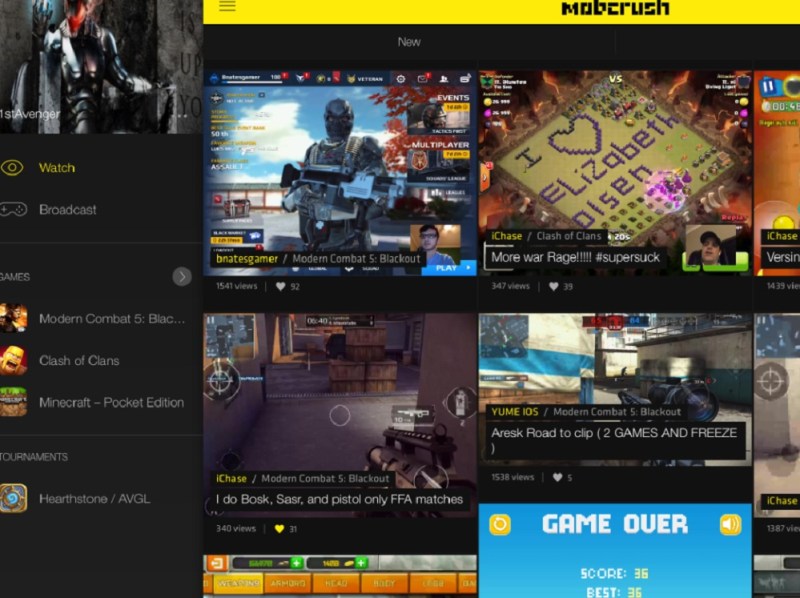 Above: Mobcrush is creating a mobile-gameplay livestreaming community.

Disini said that mobile gamers are responding positively to the closed beta testing of the service, and the number of players is starting to grow at a very fast rate. Mobcrush is currently in private beta testing for both iOS and Android devices. Players are using it to stream game sessions of titles such as Clash of Clans, Vainglory, Modern Combat, and Minecraft.

“Gamers have been able to livestream from desktop for some time now, and that has created tremendous demand for streaming of native mobile gameplay without the need for a PC and additional equipment,” said Matt Mazzeo, the managing director of Lowercase Capital and an investor in Mobcrush, in a statement. “Mobcrush packs the passion and the talent to lead streaming games into its next natural evolution on mobile.”

Disini started the company in August 2014. Interest has grown, and the company recently ran a livestream of a tournament using the Hearthstone: Heroes of Warcraft mobile game from Blizzard at a community event in Boston.

Twitch is a rival, but its focus is on the PC. Kamcord and Applifier (now owned by Unity Technologies) also provide gameplay video services on mobile, but they focus on recorded video rather than livestreamed video.

“Our model is more like Twitch’s, but focused on natively streaming from a mobile device,” Disini said. “We are in the white space of the market.”

Disini said that the company tries to get the highest quality streaming without stealing processing power from a game. He said it can get 60-frames-per-second video quality even on taxing games such as Vainglory.

The main challenge will be whether Mobcrush can maintain the quality of its livestreaming in areas where mobile signals are weak.

“We grab it at the lowest level, at the Open GL or Metal layer, so it is non-blocking,” Disini said. “We don’t affect performance, and the battery life hit is minimal.”

The team has 12 employees, and it is hiring. The service is expected to be available in a public beta test in a few months, Disini said. Over time, he hopes that the Mobcrush livestreaming will give a big boost to mobile-game e-sports, just as Twitch has done on the PC. 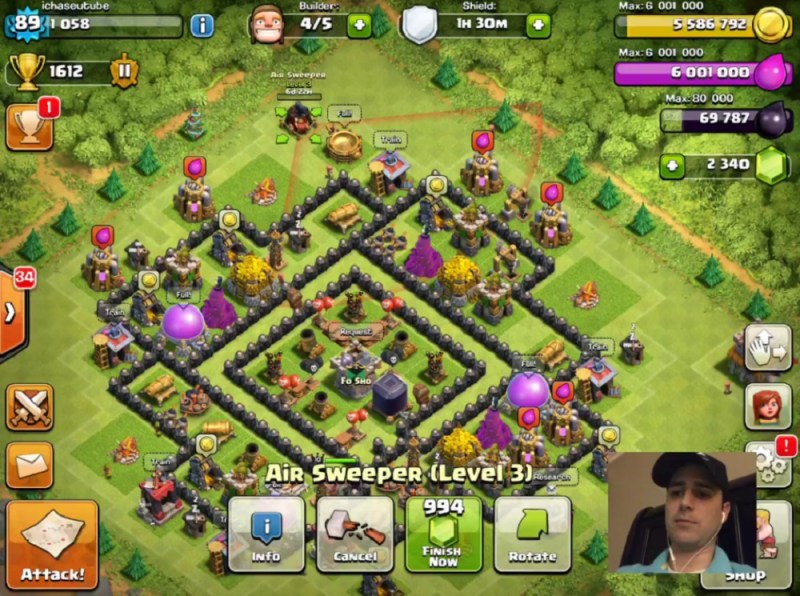 Above: A Clash of Clans gamer users Mobcrush for livestreaming.