Mobile advertising network AdMob has become a darling of Silicon Valley this past year, having grown large alongside the recent explosion of mobile web traffic in the U.S. and around the world. Many wonder how badly recession-caused cuts in ad spending might hurt a company like this. But AdMob says it has now become profitable. And its first venture backer, Sequoia Capital, just made a big vote of confidence — a $15.7 million third round of funding, with participation from Accel Partners.

Notably, this money comes from Sequoia’s huge new $925 million “Growth Fund” designed to help later-stage companies grow faster during the current economic downturn. The hard-charging firm has been telling its entire portfolio to cut deep and cut fast in order to survive — other Sequoia-backed companies have been making layoffs or even shutting down in recent weeks. 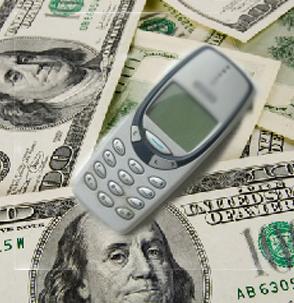 San Mateo, Calif.-based AdMob serves both display advertising and performance-based ads, tripling its number of ads served over the past year to 4.52 billion worldwide in September. (More company stats here.)

After AdMob released these figures last week, MocoNews published a thoughtful piece on how reduced mobile ad spending by companies like Chrysler might affect it. I confronted AdMob on that point when I spoke to representatives yesterday.

The company’s client agencies and advertisers are happy with the results it has provided so far, says AdMob’s marketing vice president Jason Spero. Clients are busy planning campaigns on AdMob well into next year. It has yet to see demand slow down, and instead has increased its number of ad clients to more than 6,000 today. Brands that ran ads in September included Toshiba, Cover Girl, Comedy Central, Ford and Land Rover.

New publishers include MySpace and MovieTickets.com, although MySpace is also working with rivals including Millenial and Quattro, as well as discussing a mobile ad relationship with Google.

I parried Spero by saying that many agencies and advertisers don’t have the organizational structures and experience to seriously increase their spending on still-new mobile ad formats. AdMob offers a range of services, like an analytics program and has partners help with things like mobile landing pages in order to ease more advertisers into the format, Spero replied. The company mostly fills its inventory of ad requests.

The new round of funding will be used to continue the company’s international growth and domestic. Its largest markets right now are in the U.S., the U.K. and India but it competes against a wide range of other privately-owned ad networks around the world, like BuzzCity. AdMob will also continue investing in its technology, including its ad optimization, targeting and serving algorithm. 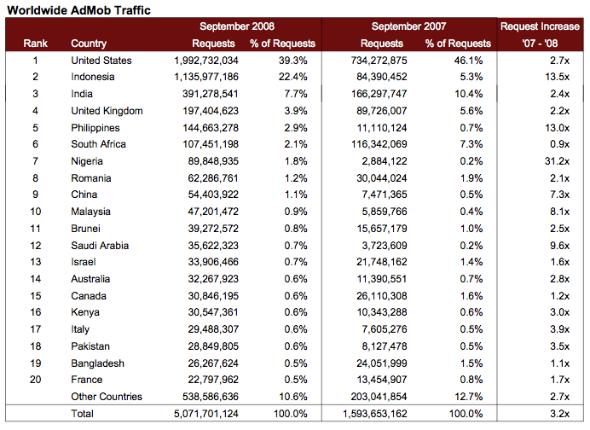 The company’s ads on the iPhone have been going particularly well, it says; sales of the iPhone continue to accelerate according to Apple’s most recent reports, so AdMob will likely continue to benefit on that front.

The challenge will be handling increasingly competitive mobile ad offerings from large technology companies like Google, Yahoo and AOL’s Platform A, in Spero’s view.

The frontier in this area will be phones that use the Google-created Android software. Spero tells me he is “sincerely fired up” about it, and expects to see much of the same ad growth on Android devices as the company has seen through the iPhone. The company is taking Google at its word, that the online ad giant won’t give its own ads any sort of preference on Android devices.