For the majority of Americans, the cellphone is now considered a replacement or even the primary means of contact, according to a recent study by Pew Research. Nearly 90 percent of Americans own a cellphone, but only 66 percent have a landline. About 43 percent of adults live in a cell phone-only home. Most Americans are always on, with 90 percent of adults saying they always have their phones with them and a majority saying they’re rarely or never off the grid.

While this sounds like it bodes well for mobile advertisers, data at the global level shows usage disparities that could affect the success of an ad campaign. 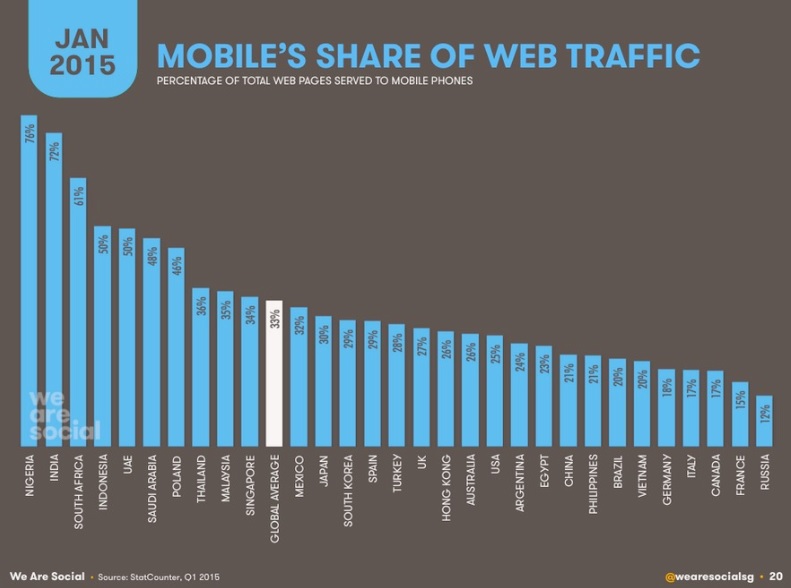 Data from Imonomy shows similar global disparities. For instance, statistics have compared the U.S. and Argentina, but with a little deeper perspective into the differences in traffic based on the day of the week. 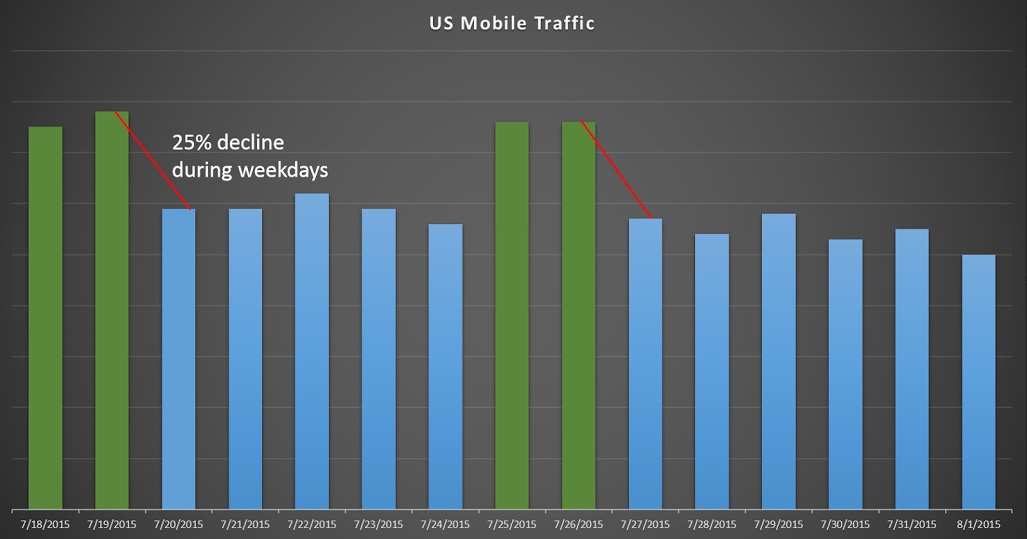 For Americans, mobile web traffic declines by 25 percent on workdays. This can be attributed to the possibility that fewer Americans use their smartphones at work, or because they have better access to desktop computers with fast Internet access at the office.

However, in Argentina, where mobile traffic accounts for 24 percent of the overall web traffic, we actually see a 25 percent increase in web traffic during workdays. 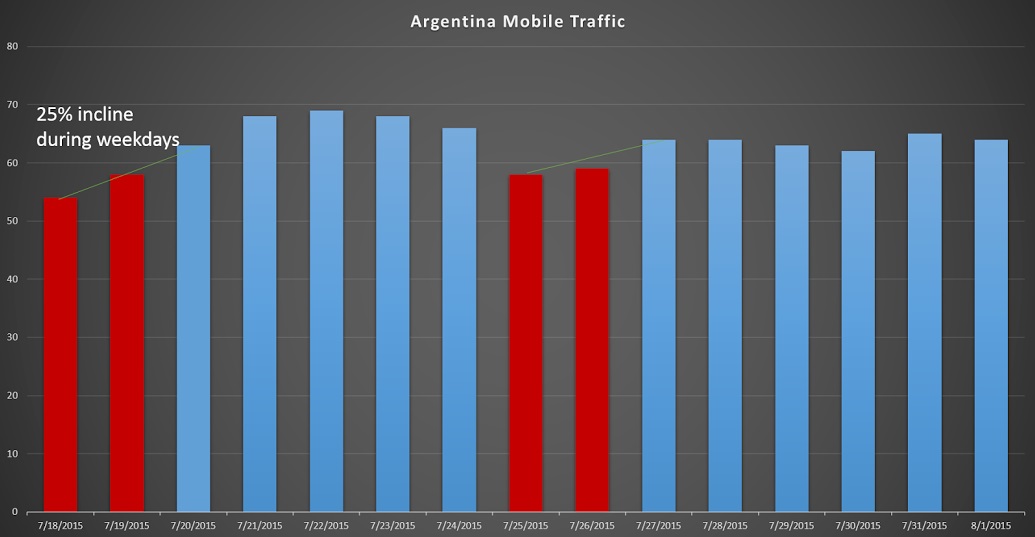 There can be several explanations for this. For one, users might be using their devices more for work-related Internet access during workdays, or perhaps companies have different cellphone usage policies or practices during the workday.

Another potential factor involves the differences in workweek schedules across countries. While most countries follow the Monday-to-Friday workweek, some observe Sunday-to-Thursday workweeks, such as Israel. Some, like Afghanistan and Saudi Arabia, observe a Saturday-to-Wednesday workweek.

Because of shifting trends in Internet usage from weekdays to weekends, you will need to optimize your message according to your target audience – there might be no such thing as a global audience in this regard.

How Does This Impact Advertising?

However, because there are still countries that have a stronger desktop bias compared to mobile, it’s important for marketers to focus on striking a balance between desktop and mobile ad spends. Global disparities in mobile usage could affect your mobile advertising campaigns.

Thus, pay close attention to the markets you’re advertising to.

It doesn’t make sense to spend disproportionately on desktop advertising at times when smartphone usage dominates. At the same time, advertisers shouldn’t place too much emphasis on mobile and neglect desktop advertising, especially as mobile ad revenue has yet to catch up with desktop. The key is to understand your markets and device usage patterns and balance your spending more effectively.

1. Automate. Leverage programmatic advertising‘s benefits for publications, advertisers, and users. It automates the buying, placement, and optimization of media inventory. This is more efficient than using traditional inventory-based ad buying methods. Such platforms can easily adjust to better suit the needs of an ever-changing strategy or audience. With rich forms of programmatic advertising in images and audio, you can capture your audience on mobile and on desktop, without having to manually decide which one is your focus.

Using programmatic advertising leaves more time for strategy development, simply because there’s no need for you to spend as much time finding inventory, locating placements, and completing purchase orders. Sales and marketing professionals now have more time to develop and test the strategies they believe will yield the best results.

2. Scale accordingly. As your business and marketing budget grows, you will also need to quickly and more effectively optimize your campaign method and size. As you scale advertising campaigns, you can make adjustments to the strategy and desktop/mobile ratio according to feedback you receive from your audience to increase conversion rates.

If you’re advertising at a global level, look at mobile vs. desktop usage breakdown for the countries you’re targeting and adjust your strategy accordingly. In particular, carefully consider your bids on weekends, bearing in mind likely usage shifts from desktop to mobile as well as the cultural dynamics that will come into play.

Even though global differences in mobile Internet access and usage may make it challenging to estimate the optimal balance between desktop and mobile ad spends, you can still find the right ratio. The key consideration is finding a way to optimize your campaigns through automation, testing, and scale in order to yield the highest conversions.

Dennis Mitzner is a Tel Aviv based journalist covering startups and tech trends, with a focus on Israel and Scandinavia. He also works with startups to devise content and marketing strategies.