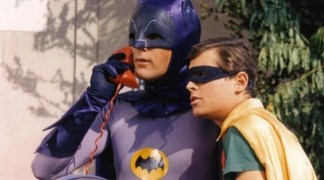 First, the average amount of time the average American spends talking on the phone has fallen. Second, the amount of data in text, email messages, streaming video, music and other services on mobile devices surpassed the amount of voice data in cellphone calls, according to a New York Times report.

The Times’ story claims many “industry executives and analysts” as sources, but the writeup pulls them together into a singular view: The shift from voice to data has already happened.

“[Voice] is less than half of the traffic on mobile networks,” Sprint Nextel CEO Dan Hesse told the Times. A spokesperson for CTIA, the U.S. wireless industry association, said that voice calls are both fewer and shorter that two years ago.

Reporter Jenna Wortham’s 1,000-word feature story is packed with archetypical anecdotes of people, some as young as 12, who text instead of talking because it’s more efficient or less intrusive.

But there’s one reason that doesn’t get enough play. Mobile voice call quality in 2010 is terrible. Think about how often these things happen during a call:

It’s strange that digital voice communications sound worse than the analog phone technology they’ve replaced. The only improvement is you no longer hear other people’s calls in the middle of  your own. (And presumably, strangers no longer hear you talking to someone else.)

Mobile calls are notably crummier than connections made through a desk phone, whether that phone is jacked into old-school analog copper wires, or a brand-new VoIP system. The difference is big enough that radio talk show producers looking for call-in guests almost always begin with the question, “Do you have a landine?” Meaning: If you only have a cellphone instead of a desk phone, on talk radio you’ll sound like you’re dialing in from the Moon.

Voice calls are important to me as a reporter. It’s much easier to come to agreement with someone I hardly know in a voice call than it is to converse online. People will say things into a phone that they wouldn’t type. The phone is a good lie detector, and a great I-don’t-know-what-I’m-talking-about detector. But today’s industry standard mangling of audio quality makes voice calls less effective than back in the 1970s, when two Washington Post reporters made heavy use of Ma Bell’s phone system to track down evil-doers at the top of America’s org chart.

The Times notes that many people pay for far more talk time than they use. Here’s the big question: If audio quality was a lot better, would you make and take more calls?