We’ve already written about how much wisdom came out of the VentureBeat Mobile Summit boardroom sessions, but let’s talk about something specific: mobile monetization, which is rightfully a subject on the minds of just about every developer.

Making money on mobile is tough — but it doesn’t have to be. According to Darya Trushkina, business development vice president at Game Insight and Narr8, developers can ensure their games and apps make cash by paying attention to what tactics work and where the industry is headed in the future. Below, we take a look at a few key lessons.

The Windows 8 ecosystem is small right now — tiny, even — but it won’t stay that way for long. And that’s a mighty big opportunity for developers just starting out. 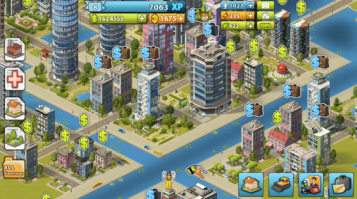 Above: My Country is one of the most successful games on Windows 8 so far.

“For developers looking to make the biggest breakthrough, I would suggest considering Windows 8. iOS and Android are both way overcrowded. The cost to get into top visibility spots is too high for any small developer to get into,” Trushkina said.

Basically, because there’s not much competition on the platform, any game that gets released won’t be fighting for exposure. And Microsoft has demonstrated that it’s very much interested in giving Windows 8 apps free promotion, which cuts precious dollars off developers’ marketing budgets.

It’s a strategy that’s so far worked pretty well for Game Insight’s My Country, which hit Windows 8 in March and has already reached over 350,000 users. “From early numbers we see there’s great potential to make money from this platform. Windows 8 has a really good chance to become one of the big ecosystems,” Trushkina said.

Think global, but know your markets

As any company that’s ever sold a product in multiple markets can confirm, what works in the U.S. probably won’t work as well elsewhere. And mobile games are no exception to that. 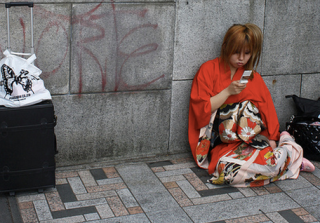 “You can’t create the same game across countries. They need to feel like game was created just for them. The same items you sell in the U.S. wont sell the same way in Japan,” Trushkina said.

For example, Game Insight noticed that, in Japan, players go through content six times as fast as those in U.S, and Koreans are even faster. This forced Game Insight to scale their content creation based on the demands of gamers (more on that below).

Cultural differences even apply to what extent players are willing to pay for content. According to Trushkina, Japanese gamers are much more likely than Americans to pay for apps and in-app add-ons. The trick, however, is to ask for money early.

“Revenue-per-user rates are much higher in Japan than here. If you create high-quality content and customize it,  local users will enjoy it more,” Trushkina said.

Understanding Japan has been a big help to Game Insight, which regularly takes top spots in Japanese sales charts, which, as a foreign developer, is tough to do. “It’s kind of obvious but not many developers are not willing to put time and effort into localization. Translation is not enough,” Trushkina said.

If you want to retain your customers, you’ve got to keep them interested. This is why Game Insight releases new content for its games on a weekly or biweekly basis. “Users want more and more content, and they want different content. The challenge is to keep up with the market to produce content users want,” Trushkina said.

The real trick, however, is developing that new content for old titles alongside new content for new titles. While there’s no simple tip for maintaining that balance, the developers that pull it off will be able to increase their customer bases while retaining the users they already have.

Free-to-play works … if you do it right

“Mobile ads don’t work well on phones,” says Trushkina. Unlike most companies, Game Insight sells its games with no advertising and still does well on the platforms it creates for. Instead of relying on banners, Game Insight focuses on creating addictive games and attractive in-app purchases.

A similar strategy applies to comic reading app Narr8, which offers users initial comics free but makes them pay for later episodes. Basically, if you want to make the real money, let users in for free and get them addicted so that they never leave.

This might not come as a big surprise, but Android and iOS are very different beasts. “The differences start with their terms and conditions and go all the way to their app approval process,” Trushkina said, noting that this changes the way developers create apps for each platform.

Apple and Google also have different criteria for determining which apps reach the top of their charts, which for developers is one of the toughest things to understand. “Google’s algorithm for getting into top positions is changing all the time,” Trushkina said.

That’s a big deal considering how much developers already spend trying to attract more users to their apps. Not knowing which criteria have the greatest effect on placement makes it much harder to predict success.