If you’re in the mobile industry, and you’re not growing, you have a problem.

We’re in the midst of a mobile revolution (all arrows pointing up), and numerous start-ups are riding the tide as it rises

Sure, Google, Yahoo, Apple, Facebook and other large companies are providing better mobile services. These startups, though, show there’s still plenty of room for the small guys.

Radar, for sharing photos — Radar is a mobile web service for sharing and commenting on cameraphone pictures and videos with your friends, and has numerous competitors. Radar’s most recent report: It’s seeing 40-50 percent monthly growth in number of users, now in the “hundreds of thousands” (though it’s not clear how many stay active), according to chief executive John Poisson.

The service, part of a San Francisco company called Tiny Pictures (previous coverage), offers both a web site and a downloadable application designed for easy uploading once you’ve taken taken photos or video with your phone’s built-in camera. Radar’s downloadable application keeps you notified in real-time when new photos, videos or comments have arrived.

Notable success comes from customized version for the popular Sidekick phone, built on a mobile platform offered by Danger, that’s popular with teenagers. Danger’s platform is also used by many T-Mobile devices. Tiny Pictures has just announced a deal with T-Mobile in Germany, whereby users can purchase a customized German version of Radar that uses the Danger platform for €2.99 (around four US dollars). 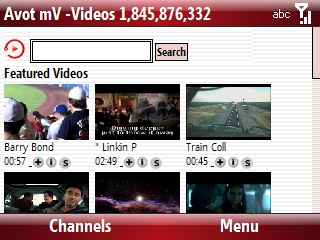 The Sunnyvale company is notable for developing an easier way to watch high-quality videos on your phone. Avot mV is averaging around 150,000 pageviews each day, and climbing, with more than 1000 downloads of its mobile application daily.

Other mobile video sites — like YouTube — need to transcode video files from other formats into a mobile format, a process that results in lower-quality audio and video. Avot’s application streams video straight from YouTube, Daily Motion, Metacafe and other online video sites, without transcoding, resulting in a clearer image and better sound. 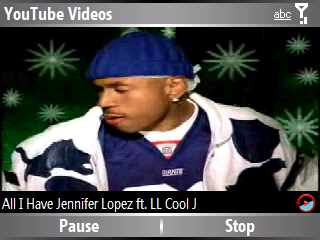 Competitors include Mywaves and Veveo, which is scheduled to launch its own form of mobile search for videos and other web content next week. Avot says it has taken money from angel investors so far, but is not disclosing how much.

Avot works with Window Mobile phones now (you can try it here), but plans to support most mobile devices in the coming months.

Like other video sites, it includes search for videos from across the web, playlists for users to organize and watch their favorite collections of videos, and ways to share favorite videos with friends.

Aka Aki, letting strangers meet over mobile phone — Aka Aki is a German company trying to help you meet strangers through mutual presence detection — if your phone has Bluetooth. You set up an Aka Aki account with your personal info, then you get notified if someone else with Aka Aki on Bluetooth phone wanders within around 60 feet of you. You and the other person can then check out each other’s profiles. This sounds no less awkward than approaching a stranger without presence detection. It is testing in Berlin.

The site also has a web component similar to other social networks, where you can become friends with people, and message them. No word on whether this company has funding.

We’ve mentioned a research group in England working on a similar idea, pairing Facebook and Bluetooth to help Facebook users find each other.

Zyb, to back up your mobile data — The free mobile phone backup service, Zyb, supports more than 400 phone models. The company, backed with €3 million (four million US dollars) from Nordic Venture Partners (www.nordic.com), works easily, and also has a networking feature to it. Users can connect to others in their address book, and share content and keep their contacts updated.

Zyb is headquartered in Copenhagen, Denmark, and has a development office in Cambridge, UK.

It has almost 200,000 users globally. Competitors include carriers, all of which charge for backup, as well as contact management company Plaxo, which offers Plaxo Mobile Plus, costing a monthly $4.49, and Yahoo, which also offers a paid online backup service.

One drawback: It doesn’t work well with U.S. phones because carriers here block so-called OTA settings, which disables the “live” features that make the service powerful. They can manually set up and sync their phones.

The company says revenue will come from three main sources: 50% from contextual advertising, 20% from partner implementation fees and 30% from premium services, including, for example, Outlook integration and other business oriented usage.