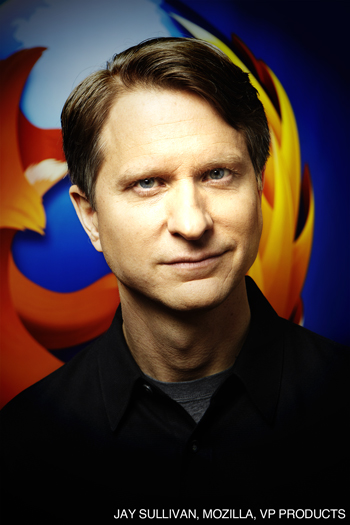 “Forget being in love with the open web and all that touchy-feely stuff.”

Jay Sullivan is Mozilla’s vice president of products, and for a spokesperson of one of the open web’s dearest darlings, he’s on a tear.

“If you want to have a variety of mobile apps, it gets expensive… that’s a lot of apps to build,” he told VentureBeat in a recent interview.

Sullivan is making a strong case against building native apps and for the mobile web as the new platform to (literally) end all platforms.

Now, a number of developments make his words especially timely. Yahoo has just announced Yahoo Cocktails, a set of tools for developers to use that make web apps look and behave more like native apps. Mozilla is working on tools to help developers sell web-based apps to mobile device users, enabling them to make profits just as developers in the iTunes App Store or Android Market can now do.

Even Adobe is scrapping Flash for mobile phones and pinning its hopes on HTML 5 for the mobile web. “HTML5 is now universally supported on major mobile devices, in some cases exclusively,” wrote Danny Winokur, Adobe VP and General Manager of Interactive Development.

“This makes HTML5 the best solution for creating and deploying content in the browser across mobile platforms.”

It looks like mobile apps may be headed the same direction as multimedia CD-ROMs did a decade ago. Sadly for mobile apps, they don’t even have a useful second life as drink coasters.

But parties on the other side of the fence say it’s too soon to play Taps for apps. App advocates say mobile web enthusiasts are indulging in pipe dreams while the rest of the world is still working on proprietary technology stacks that do, now, what HTML5 has so far failed to deliver. Even if they admit that building for the mobile web will eventually be cheaper, faster and easier, it’s at least few years away from reality.

In the Mozilla Foundation’s new offices overlooking the San Francisco Bay Bridge, Sullivan — an unapologetic HTML5 advocate — sits in a conference room and rapidly deconstructs the assumption that to get your software onto a mobile phone you have to build a native application.

But he doesn’t resort to the familiar (and tired) ideologies about freedom from corporate technological tyranny that figure large in Mozilla’s current ad campaign. Rather, he gets downright practical.

First, he explains the obvious: Each mobile ecosystem has its own technology stack, its own operating system and programming language. That means developing apps requires a different skill set and a separate development process for each ecosystem.

At the end of the day, building a mobile web app instead of two or three or four native apps just makes more economic sense. “HTML5 is less expensive,” he says. “There’s always some stuff around the edges that won’t work perfectly, but compared to writing in seven different languages, it works.”

For developers, it’s technologically more manageable to build one mobile web app than a half-dozen or even just two native apps. And given the state of mobile web standards, we’re quickly approaching a point where end users can’t tell the difference between the two. All that’s really left is a business model for mobile web apps, Sullivan contends.

“When the web offers a more easy to access business ecosystem to developers, it will become more attractive.” 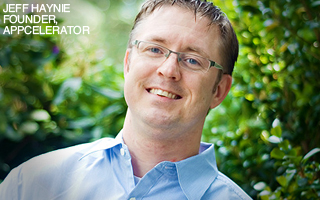 In conversations with organizations like Mozilla and Yahoo, in talks with mobile developers — basically, anyone who doesn’t have an explicit interest in promoting a single mobile operating system like Android or iOS — one trend is becoming quite apparent:

The app as you know it is dying.

It’s like the CD, an expensive package for digital information, a package that is increasingly becoming unnecessary and obsolete.

And just as with the CD, all we’re waiting for is a better delivery method to come along and kill it off.

The challenges to that shift are partly technical and partly cultural. Mobile web apps first must meet consumer demands for high quality and performance. And as previously noted, developers need to be able to market mobile web apps.

Yahoo is one company working on the first challenge. Bruno Fernandez-Ruiz is Yahoo’s platform vice president, and he is working on what he calls “a bunch of tricks to make web applications feel native.”

“We don’t want to emulate native, it has its own paradigm. What we want to do is create a new class of experiences. Something that’s the same across phones, TVs, tablets — the web is a paradigm that is cross-platform.”

But however much Mozilla or Yahoo might want to see the mobile web overtake native apps as a paradigm for ideological reasons, those who have to approach the problem practically in the here-and-now still have to deal with native issues and stacks.

“I absolutely believe that the mobile web is going to continue to grow rapidly,” says Jeff Haynie, who co-founded Appcelerator, a company specializing in getting web developers up and running on mobile OS platforms.

But, Haynie says, it’s too soon to discount the opportunity afforded by apps.

“That’s a huge opportunity for developers worldwide,” he continues, talking about mobile web apps. “But those compelling native experiences across lots of devices are where opportunity is going to be in the near-term. Consumers have come to expect a very high bar from experience, like the Flipboards and Instagrams that you just can’t achieve now with a web app.”

Referring to Mozilla et al., Haynie says, “These companies have many, many web developers — their foundation is the web. That’s what they’re yearning for, how to leverage that. That’s the promise of the web…

“The real question is, how do you let web developers build applications that span the native experience and the web?”

New technology for the new mobile web: JavaScript and Node 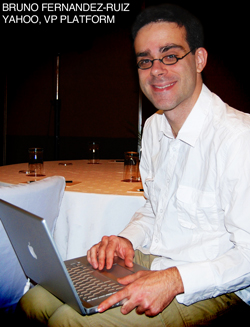 JavaScript and Node.js are two key technologies that will make the transition from native apps to web apps possible.

“JavaScript is LISP in disguise. It’s as powerful as any functional programming language can be,” says Yahoo’s Fernandez-Ruiz.

And with JavaScript-based Node.js in the equation, he says, “It’s hard to tell if this will be the next Ruby on Rails, but this could be.” (Ruby on Rails is a platform for developing web applications that has become wildly popular in the past few years, thanks to the speed with which developers can create sites and apps using it.)

JavaScript and Node are core components of Yahoo’s Cocktails, a new suite of tools to help developers make their mobile web apps look and feel indistinguishable from high-quality native apps. Fernandez-Ruiz says that in early previews, responses from mobile developers have been positive and enthusiastic; everyone wants to get their hands on it.

Getting content to run consistently across all mobile and device platforms is a daunting task, and to date, many companies are trying to tackle it by translating code from one OS’s language to another, e.g. Objective C for iPhone development to Java for Android development.

But the code that comes out on the other side of such translations is too often spaghetti, and trying to solve the compatibility problem programmatically isn’t a long-term option.

Ideally, Yahoo wants to eliminate the multi-language scenarios that introduce complications for developers. That’s the goal of Cocktails. One Cocktail product, called Mojito, uses JavaScript and Node to run a single codebase both on client and server side.

“We’re not making any difference between the front end and the back end,” says Fernandez-Ruiz. “For us, it’s the exact same code.”

Manhattan, another Cocktail, is a Node.js hosted environment for Mojito. Apps can be wrapped in a native shell and shipped to the iTunes App Store or the Android Market or simply run in a browser, and Manhattan helps to speed up the user experience access across high- and low-speed networks and to run apps on platforms that don’t have full HTML5/CSS3 support.

While Node has been shown to have insane performance benefits, Fernandez-Ruiz says, “We’re not using it for event-driven, low-latency reasons, although those are there. We’re using it because it runs JavaScript on the server side.”

JavaScript is evolving, he says. “The next generation of JavaScript will make the it a compelling, high-performance programming language for the web. This is a new class of web apps that are cross-environment, continuous, fluid experiences.”

And for the end user, Fernandez-Ruiz says that jumping from one interface on a TV to another interface for the same service on a tablet or smartphone or PC is disturbing. “But with HTML5, CSS3 and JavaScript, you can have apps that look and feel the same.”

This is something we saw in action when we reviewed LinkedIn’s latest suite of mobile apps, which are Node-powered and web-heavy. Even the native apps for iOS and Android relied heavily on the mobile web for a lot of pages and features, and the mobile web version of the app looks and functions exactly the same as the native versions.

For Yahoo’s purposes, Fernandez-Ruiz continues, “Node.js is part of the puzzle, to execute code on the server side. But the premise is the same: It’s not native; it’s the web.”

Yahoo will also be introducing other Cocktails, including Windjammer and Screwdriver, in the near future.

But Haynie says the web-app-in-a-native-wrapper model should be regarded with some caution.

“That kind of hybrid application — we’re seeing almost no one using that right now. It’s a bridge to allow you to bring web content into a native app, but if you look even at the new LinkedIn app, it’s still mostly a native application.”

Dmitry Dragilev works for Zurb, a company that just released Foundation, a framework for designing apps that work across the web, both on mobile devices and desktops. The framework in action is somewhat magical. As the screen resolution changes from window to window and device to device, links become buttons. Images automatically resize. Layouts morph.

And since it’s web technology, it doesn’t have to be customized on a device-by-device basis. “The framework does all the work,” said Dragilev. “People don’t need to worry about this stuff anymore.”

The technology is intended to work on any kind of device, mobile or not, and Dragilev says, “That’s crucial now that mobile web use has started to overtake desktop use.”