Last but not least, we’ve got a lineup of experts at mobile marketing and advertising. We’ve already announced a few speakers, including David Smith of MediaSmith, an advertising agency, and Getjar’s Ilja Laurs. But here’s a host of others: 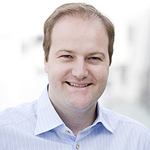 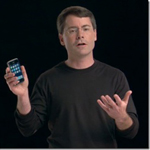 Bob Borchers, who until recently served as Sr. Director of Worldwide Product Marketing for the iPhone, but who is now working at venture capital firm Opus Capital, will be a judge on our morning panel. Borchers has more than 20 years operating experience. At Opus Borchers focuses on investments in mobile applications and services as well as adjacent opportunities in both hardware and software. As part of the original iPhone team, Borchers was instrumental in the development, launch and global expansion of the iPhone, iPhone OS, App Store and the recent launch of the iPhone 3GS. Prior to Apple, Borchers was VP of marketing at FusionOne. He also spent six years at Nokia where he co-founded and served as VP of sales and marketing for the Vertu business unit. 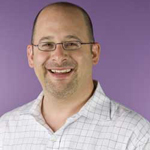 Dave Katz, Yahoo Mobile
Katz is the VP of mobile advertising and publishing for Yahoo, and will be speaking on the afternoon panel titled “Bringing brand dollars into mobile.” Katz has responsibility for the company’s mobile advertising and publishing strategies. Prior to his current role, Dave served as Yahoo’s VP of corporate strategy and head of strategy for Yahoo Mobile. He was also charged with advising on top strategic priorities for Yahoo Mobile, including Yahoo’s industry leading mobile advertising partnership with Vodafone UK. Before joining Yahoo!, Dave was a consultant with McKinsey & Company’s West Coast TTM practise with clients in software, interactive TV and wireless industries. 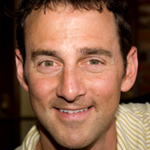 Spero is responsible for global marketing activities in mobile advertising network AdMob’s more than 160 country markets. He’ll be speaking on the “Bringing dollars into mobile” panel as well. Before joining AdMob, Jason was an Entrepreneur in Residence at Redpoint Ventures where he focused on mobile applications, services and infrastructure. Prior to Redpoint, Jason was SVP Marketing at Digital Chocolate where he was responsible for worldwide product, marketing and distribution. Jason launched some of DChoc’s most successful products including its Social Applications line. 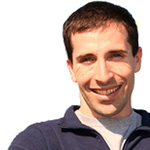 Joe Greenstein, Flixster, Co-Founder CEO
Joe Greenstein a co-founder and CEO of Flixster, a popular site for movie buffs. Flixster became an early big hit application on Facebook, and has now moved quickly to embrace the iPhone. He’ll be speaking on the panel entitled “The top 5 application marketing techniques in the iPhone 3G S era” from 11am to noon. Before Flixster, Greenstein was part of the startup team and head of product management at Edusoft, the leading provider of assessment management software to public school districts. While still in college, Greenstein was part of the founding team at CoreMetrics — now one of the leading providers of web analytics for online retailers.

Mark Donovan serves as SVP of Mobile Products and senior analyst at comScore. He’ll be speaking on a panel called “Paid versus free apps — how to grow your app into a business.” Donovan served as CMO of M:Metrics prior to the company’s acquisition by comScore in May 2008. Previously, he held the position of SVP, products for M:Metrics and led the team that launched the company’s first services in 2005. Before joining M:Metrics, Donovan worked for RealNetworks as director of mobile strategy and later director of mobile services.

Mark Pincus, Zinga, CEO
Mark Pincus is the frenetic visionary and CEO of Zynga, an online social gaming network. He’ll be speaking on a panel called “Social media, mobile content: It used to be ringtones — now it’s social.” Pincus founded Tribe.net (www.tribe.net), one of the first social networks in 2003. Prior to Tribe, he was the founder and CEO of SupportSoft (Nasdaq: SPRT), the world’s leading provider of support automation software. Prior to SupportSoft, Mark co-founded Freeloader, the first consumer push information service.

Shervin Pishevar is CEO of SGN, a popular social gaming network, which has grown to tens of millions of users on Facebook and over 17 million users on the iPhone with games such as iBowl and 3D jet game F.A.S.T. He’ll also be speaking on the “Social media, mobile content” panel with Pincus, whose Zynga is one of SGN’s biggest rivals. Pishevar was the founding President/COO of Webs.com and helped scale Webs.com to over 30 million users and the visionary behind the first web operating system with his first startup, WebOS.

Patrick Mork, GetJar, Vice President of Marketing
Patrick Mork serves as the VP of Marketing at GetJar, which provides a site that offers application developers and consumers a catalog of mobile applications users can download. These downloads are available for anyone with a Java, Symbian, Windows Mobile, iPhone, Palm, BlackBerry or Flash Lite-compatible phone. Prior to GetJar, Mork was the Marketing Director of EMEA at Glu Mobile. Glue has built licensing partnerships with companies like Hasbro, SEGA, Konami, Celador, FOX and Activision to further co-marketing opportunities.