Urban transportation startup Dott today announced that it has raised $23 million in venture capital as the electric scooter and bike company prepares to launch its first pilot early next year.

Founded in Amsterdam earlier this year by French expats Maxim Romain and Henri Moissinac, the company says its scooters are designed explicitly for urban use, with wider wheels for better grip, wider decks for more stability, and more effective brakes.

In addition, the modular design allows all parts to be repaired or replaced, easing maintenance. The company also vows to work directly with local governments and partners to launch services that are tailored to cities’ needs and regulations. Having exploded first in places like China and the U.S., urban scooter programs are now catching fire in Europe, where U.S. companies such as Lime and Bird have rolled out various dockless programs, along with Sweden’s Vol and Berlin’s Tier.

“We believe we can significantly reduce the number of cars in cities if we make green vehicles such as e-bikes and e-scooters an enjoyable and practical experience for city residents,” Romain said in a statement. “This is why we focus on well-designed vehicles, safety, and sustainability — so we’re still operating in cities in 20 years.” 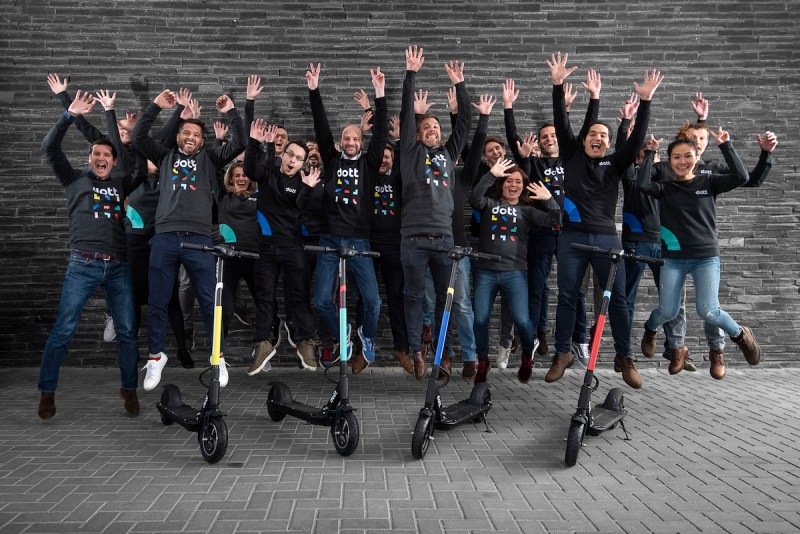 “Due to environmental and congestion concerns, last mile transport in cities has to get smarter. And it’s no surprise that e-scooter adoption is rapidly increasing,” said Lars Jörnow, partner and investment advisor at EQT Ventures, in a statement.

The company is launching its first electric scooter pilot in January at Paris’ Station F startup campus. The program will be linked to Station F’s new co-living space, Flatmates.