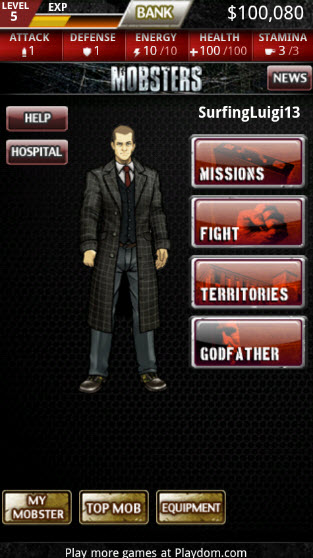 In a validation for its multiplatform mobile game publishing business, Moblyng is announcing today that it has signed up social-game maker Playdom as a partner.

In addition, Moblyng said it has raised $2.65 million in funding from existing investors Mohr Davidow Ventures and Deep Fork Capital.

Moblyng’s platform allows it to quickly republish the same game across many different smartphone platforms, including Palm’s WebOS, the iPhone, Android, and others—as well as Web-friendly versions. With Playdom, Moblyng will publish Playdom games such as Mobsters and Sorority Life on mobile platforms such as the WebOS, Symbian, BlackBerry and Android.

Stewart Putney, chief executive of Moblyng in Redwood City, Calif., said that the Playdom deal is “really big for us because it validates our technology.” Playdom has a reach to tens of millions of gamers on Facebook and MySpace. But it hasn’t invested a lot on the mobile side beyond the iPhone. This deal with Moblyng makes it quick and painless to republish a game on a new mobile platform in a matter of weeks, Putney said.

“Our architecture lets us develop a game quickly and make iterations of it as quickly as web-based game developers can,” Putney said.

Moblyng has also teamed up with social game maker LOLapps, which makes light-hearted apps such as Roses for You on Facebook. Moblyng has also signed up QuePasa, a leading Latino social network, to use its platform. Moblyng publishes its own games and is a top game publisher on the Android Marketplace with hits such as Dungeon Quest, M:Mafia and M:Racing. But it also makes development fees by co-publishing partner titles and gets a percentage of revenue. All told, Moblyng has had more than 5 million downloads of its games in the past year.