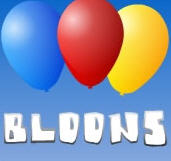 Mochi Media is in a unique place to measure the popularity of Flash-based web games. That’s because it measures usage and inserts ads into the most popular games in its network of more than 75 million monthly game players. Based on Mochi Media’s analytics technology, these were the most popular games of the year. The cool thing about this list is its “fight the power” theme. There are no giant companies here and these games probably made some poor midnight programmer into a rich person, thanks to the ad revenue associated with a lot of game plays.