In September, the high-flying media company abruptly shuttered itself after 10 years of operation. But last week, its Asia operations seemingly rose from the dead with the company’s founder Samir Arora acting as a modern day Lazarus. And as documents leaked to VentureBeat show, this tale of revival is full of unanswered questions surrounding an IPO that never happened, internal power struggles, a sudden death, and an improbable rebirth.

Founded in 2003 by Arora, Mode Media began as Glam Media and grew quickly into a $100 million business of fashion and lifestyle websites. Even as critics questioned the sustainability of the company’s ad-supported business model, Mode Media went on to raise $225 million, pivoted as needed, and grew — and grew.

With such torrid growth, Mode Media was talked up as an IPO candidate. By 2013, the company had more than $100 million in revenues and soon hired Goldman Sachs and Allen & Co. to co-lead its IPO, says a source familiar with the matter. The U.S. market represented 40-50 percent of revenue, with Asia representing its second largest market. At its peak, the company had an internal valuation of $725 million, according to the source.

Above: Mode Media claimed to have $100 million in revenues for 2013, a figure reported in its confidential S-1 registration.

The S-1 cover sheet (at top) is from 2014, and was from either the second or third round of SEC filing, the source says. Conventional wisdom holds most companies will go through five or more rounds of registration with the SEC. Preparing for an IPO, hiring bankers, complying with the Sarbanes-Oxley Act, getting halfway through the S-1 process, and so on are not trivial matters — they’re expensive and time consuming. Further, company management included Arora, who previously helped lead the public offering of NetObjects, and CFO Bruce Jaffe, who previously led corporate development and serves as CFO of MSN at Microsoft. All of which suggest that the company was committed to going public. But it never did. So, what happened and why?

The once and future IPO

There are at least three factors behind the IPO that never was: a change in the advertising market, a change in company strategy, and a change in ownership. While the first two could have been addressed, the last one could not.

In 2014, the advertising market had begun shifting its emphasis from display and traffic to specialized content and video, especially video. Mode Media spotted this and undertook a multi-year effort to embrace the shift with new video offerings and advertising services. Around this time the company also changed its name from Glam Media, its flagship site, to Mode Media. Further, the company faced many of the same headwinds hurting larger players like AOL and Yahoo, as well as Mode Media’s chief competitor NBC Universal (owner of iVillage), and the challenges faced by recent IPOs like Rubicon and EverydayHealth. 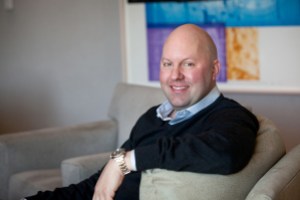 Above: Marc Andreessen, cofounder of Ning and cofounder and general partner of the venture capital firm Andreessen Horowitz.

According to the source, Mode’s board of directors determined that it was best to hold off on the IPO and focus on executing the pivot. The company had earlier acquired Ning (and added that company’s cofounder and VC investor Marc Andreessen to its board). Ning’s platform was the lynchpin of Mode’s new strategy, but it came at a cost.

Mode Media had reached EBITDA profitability in its media business in 2012, according to the source. But the $150 million acquisition of Ning created a debt that consumed about $30 million of raised capital, leaving little money for the transformation to content and video. The source also said Ning’s subscription revenue was not enough to support its expenses, which left Mode Media in a tight spot — particularly as overall revenues began to slip.

With little breathing room, Mode Media nonetheless continued with its S-1 filing, the source says, but had decided internally to wait until its new strategy represented 80 percent of revenue before staging a public debut.

The source says that given the state of the 2017 public markets, “the Mode valuation could have been $400 to $600 Million. A typical raise in a mid-sized company of Mode’s size would have been $80 to $120 Million.”

‘There is no company’

Tight spots and little air to breathe are fairly routine for Silicon Valley entrepreneurs and VC investors. Survival and success often depend on little more than intestinal fortitude. But not everyone has it. As Mode pushed forward with its strategy, the uncertainty likely proved too much for late stage investor Burda, the German media company. 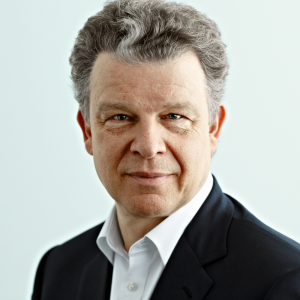 According to the source, Burda had invested $25 million for a 6 percent equity stake during an earlier mezzanine round that valued the company at $500 million. By 2015 and through additional investments, Burda had increased its ownership to between 12 and 15 percent of Mode.

During this time, a significant shift occurred in the Mode-Burda relationship. Burda’s initial investment had been championed by cofounder Hubert Burda and head of digital development and partnerships Marcel Reichart. As Burda increased its investment, the company’s CEO Paul-Bernhard Kallen took charge of the investment and joined Mode as a director. Kallen was forced to navigate the rocky advertising market at Mode, and that at home across Burda’s 500 media products.

Kallen enlisted the help of Martin Weiss, head of Burda Digital Investments, to lead what the source says was called the “Mode Burda Plan” to attain greater control of Mode Non-Burda directors Arora and Andreessen, independent directors David Saltzman and Gary Efferen, and the joint DFJ and Accel representative Heidi Roizen, all opposed Kallen’s initiative, according to the source.

On September 27, 2015, opponents of the “Mode Burda Plan” sent a letter to Weiss and Kallen warning:

Above: Excerpt of a September 25, 2015 letter from investors to Burda’s Martin Weiss and Paul-Bernhard Kallen. (Some identifying information has been redacted.)

The letter was signed: “Mode Media Venture Capital Investors.” According to the source, the opposition was a humiliating blow for the storied media company. Kallen resigned from Mode’s Board and turned his seat over to Weiss. The battle lines were drawn.

By 2016, Burda had become impatient with Mode’s progress despite the fact that 65 percent of its U.S. revenues were now coming from the new strategy, the source says. The previous year the company reportedly had nearly $90 million in revenue and losses of about $10 million.

As first reported by VentureBeat, a series of power struggles and board chess moves ensued. A final showdown over strategy and financing loomed. In March 2016, management sought $10 million in financing from Partners for Growth, which the board of directors rejected. Arora left the company and Andreessen resigned from the board in protest. Burda was now in control of the company with a majority equity position, new board members, and a new CEO.

Above: Leaked documents show that in 2016 Burda gained a majority ownership position in struggling Mode Media.

As the company’s investor make-up and board composition shifted from traditional Silicon Valley venture capitalists to favor German publisher Hubert Burda Media, the dream of an IPO vanished.

Fast forward to September 15, 2016, when the company’s 300 employees were invited to join a conference call with their bosses in Germany. They were told the company was shutting down immediately and that they were being fired. A company memo given employees read, in part: “We deeply regret having to take this action and we wish we could have provided you with greater notice.”

When Silicon Valley-based employees asked about severance or continuation of health insurance, COO John Small reportedly stated: “There is no severance. There is no COBRA. There is no company.”

Burda issued a statement explaining the need for action:

Mode Media’s most serious challenge was the rapidly declining relevance of display advertising in the US. The management didn’t succeed in developing further the original business model or to create a promising perspective for the company. Burda and the other investors continuously supported the company. However, the ruptures of the US advertising market were not likely to allow for an improvement of the situation.

Abandoned by the roadside were not only the company’s employees, but also a network of 12,000 bloggers and video creators who depended on Mode’s advertising revenue-share for their livelihoods. Of note is that as recently as February 2016, Mode was one of the top 10 digital publishers with 137 million unique visitors, according to Comscore.

Burda retained Sherwood Partners to pursue an assignment for the benefit of creditors to sell off the Mode assets, which remain significant. On the same day of the shuttering, Cyndx, a financial advisory firm company led by Mode board member Jim McVeigh, announced that it would purchase Ning. Deal terms were not disclosed. 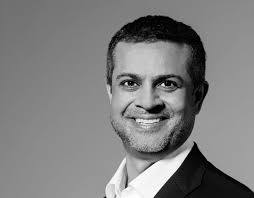 Above: Samir Arora, founder of now-defunct Mode Media, is leading the rebirth of Mode Media Japan.

Even as the Mode Media brand, like a phoenix, rises again, the saga of its U.S. operations continues. Employees and publishers continue to await relief from the sale of Mode Media U.S. assets. However, given Burda’s majority equity position and status as senior secured creditor — meaning they’re first in line to receive payments — the source warns that employees and publishers may never receive a dime. (Burda did not immediately respond to a request for comment.)

Six months after the closing of Mode Media, it’s still not clear what happened and why. Burda is one of Europe’s largest publishers, with $3 billion in revenue and more than a hundred years of operation. That the company’s plans for an IPO were put on hold suggests that its business model was broken. However, the only evidence to support this was a roughly 10 percent decline in annual revenue — all of $90 million. Or perhaps there was some other cause for financial distress: a cash call from a creditor (the source told us that Mode had recently changed banks for its credit line), or even Burda calling in a convertible note, which the source confirms.

As it stands today, Mode Media no longer ranks in the Top 50 media sites, let alone the Top 10. Meanwhile, under its new management, Mode Media Japan has reclaimed its position as the top lifestyle and women-focused digital media company.

“You cannot imagine how proud I am of our employees and the support of our partners and publishers,” said Arora in a prepared statement. “In six weeks we were able to save, stabilize and transform the company to build a new thriving business.”

Got a news tip? Here’s how to send confidential information regarding this and other stories to VentureBeat staff.