Mode was quiet about the application it had built for the better part of a year. But as of today, it’s available for anyone to check out in a public-beta phase. Mode also announced today that it had accepted $2 million in new seed funding.

A few companies are already using Mode’s software to get lots of people exploring data on a regular basis, Derek Steer, Mode’s chief executive and a co-founder, told VentureBeat in an interview.

“Mode makes it super-easy for them to create something and share it out really quickly with the rest of the company,” Steer said.

The fresh venture backing for Mode and the user-friendly nature of the service suggest it’s a good idea to help many employees use company data, not just, say, a small group of vaunted data scientists.

Data scientists, it turns out, have been getting their own tools for collaboration as they become more commonplace inside tech companies and beyond. 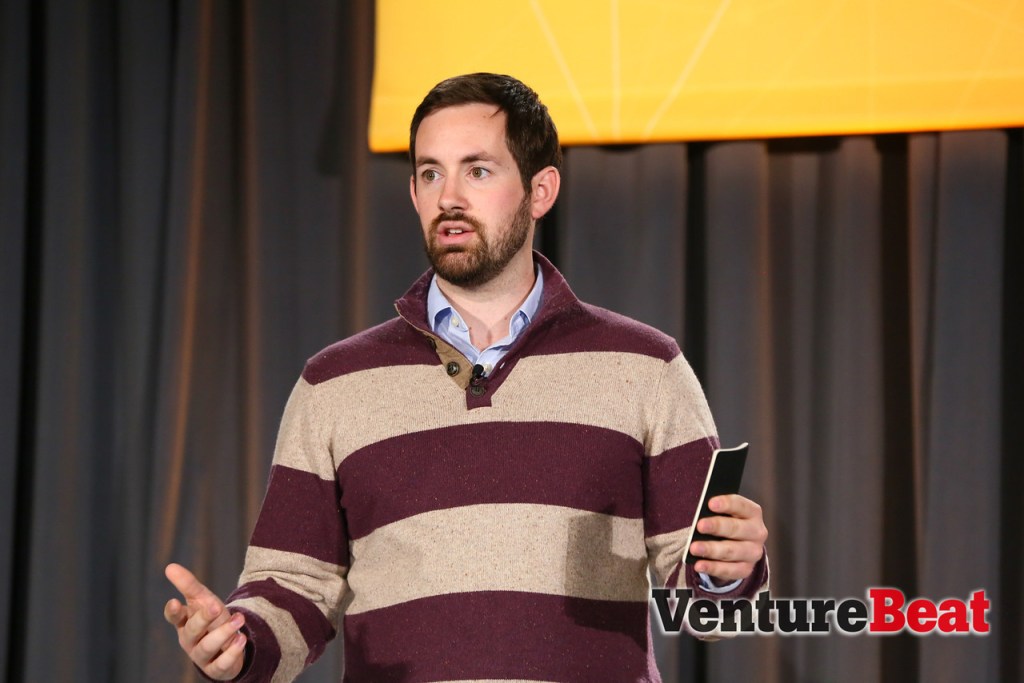 Above: Mode co-founder and chief executive Derek Steer speaks at VentureBeat’s 2014 DataBeat conference in San Francisco on May 19.

But data analysts still outnumber data scientists, so it’s reasonable for Mode to focus on them — and others interested in working with data but not learning how to use powerful data-wrangling languages.

Lots of data analysts already understand SQL, which stands for structured query language. So it makes sense for Mode to have focused its efforts on SQL so far. For those who don’t know SQL yet, Mode has crafted a handy introductory guide. Think of that as the tool to make Mode a big hit among a company’s employees.

Armed with even a little education from Mode’s “SQL School,” you can start pulling up certain kinds of data from your sources in Mode, or from pre-loaded data sets from sources like Billboard, Crunchbase, and the U.S. Census Bureau.

The data comes out looking sort of like a spreadsheet in Microsoft Excel. Then you can run statements to find certain data, clean data, perform calculations, generate pivot tables, and share the data, charts, and applicable queries. Colleagues can access the reports, data, and queries you make, so they can analyze further if they want to.

That makes Mode much more than just a factory of static dashboards that one employee sends around to the rest of the team. Mode’s reports are interactive.

“We want to be like the glue for your results, code, data, and any other part of your process,” Steer said.

And Mode remembers all of the previous queries you’ve run on a given data set, so you can go back to results you got hours ago.

You can upload data from spreadsheets onto Mode. You can also send data in from sources like Amazon Web Services’ Redshift cloud data warehouse, Microsoft’s SQL Server database software, the Hadoop open-source software for storing lots of different kinds of data (through the Hive query engine), and a good old MySQL database.

Formation 8 led the new round of funding for Mode. Goldcrest, Panorama Point, Alexis Ohanian, Garry Tan, and other angel investors also participated. To date Mode has raised more than $2.9 million, including $550,000 the company announced last year and $375,000 in additional capital Mode disclosed in February.

The new money will help the eight-person startup continue to flesh out its product.

For one thing, Mode will start letting people analyze data using languages other than SQL, like Python, Steer said. Not that there’s anything wrong with prioritizing SQL, but the support of more languages should make Mode compelling for more data analysts.

Mode also wants to add features that should help many people work together. That might mean introducing a way for people to make comments or get suggestions about what queries to write.