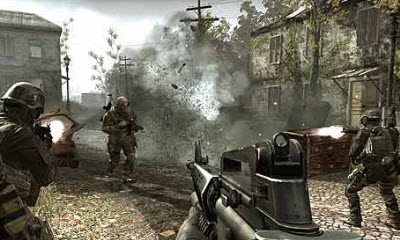 Call of Duty: Modern Warfare 2 had the biggest opening day of any video game, selling 4.7 million copies in North America and the United Kingdom alone in its first 24 hours. That generated an estimated $310 million in revenue at retail, according to game publisher Activision Blizzard.

The sales in the rest of the world will likely add to that opening day record, which beats out other titles such as Halo 3 and Grand Theft Auto IV as the biggest launch among all forms of entertainment. Modern Warfare 2 went on sale worldwide Tuesday, with 10,000 stores in the U.S. holding midnight openings.

“The Call of Duty franchise has become a cultural phenomenon showing the power of video games as an entertainment medium,” said Mike Griffith, chief executive of Activision Publishing, a division of Activision Blizzard, in a statement. “The shattering of these entertainment records is a testament to the compelling, cinematic and uniquely engaging experience that the Call of Duty brand delivers. Modern Warfare 2 has taken interactive experience to unprecedented heights setting a new standard for entertainment.”

But the game is already generating a lot of controversy. There’s a scene early in the game (spoiler alert) which I just played in which the user has to perform the role of a terrorist engaged in slaughter at an airport. The game gives players the option of skipping such controversial scenes at the beginning of the game, but it doesn’t describe what those scenes are. The game is rated mature.

The original Call of Duty: Modern Warfare game debuted in 2007 and has sold 14 million copies to date. It is a gritty fighting game where you play British and American soldiers fighting terrorists in ultra-realistic terrain in the Middle East and the former Soviet Union. The fighting is extremely violent and intense. Broadpoint AmTech analyst Ben Schacter estimates that global sales topped 7 million units for Modern Warfare 2, and first week sales could top 11.7 million units.