MonkeyMedia aims to reduce motion sickness in virtual reality with BodyNav developer tools. You could call it an anti-barf tool.

MonkeyMedia, the independent research lab in Austin, Texas, today announced the public release of a developer toolkit for its patented BodyNav technology, which is aimed at making VR more comfortable for players and getting rid of the annoying motion sickness that accompanies many VR games.

The Extended Reality Developer Kit (XDK) includes an OpenVR driver that enables game developers to immediately experience the transformative impact of body-based navigation in their existing products without modifying code or adding hardware.

“BodyNav is a game changer,” said Eric Gould Bear, MonkeyMedia CEO and inventor of more than 100 patents and patent applications, in a statement. “As a body-oriented designer, it’s been helpful that VR makes me feel sick. For me, vection (or various cognitive factors that can influence self-motion perception in virtual reality) isn’t an abstract concept — it’s a gut-wrenching reality. So, I wanted to make this technology available to everyone building next-gen computing experiences.”

Motion sickness in VR is estimated to impact between 25 percent to 80 percent of the human population (including me, to some degree) and is reported to affect women up to four times more than men. This is a significant barrier to organizations adopting virtual, augmented, and mixed realities — a market estimated to reach $105 billion by 2022.

“Solving motion sickness may give the industry the ability to finally look out over a new horizon,” said digital media innovator Jay Samit, in a statement. 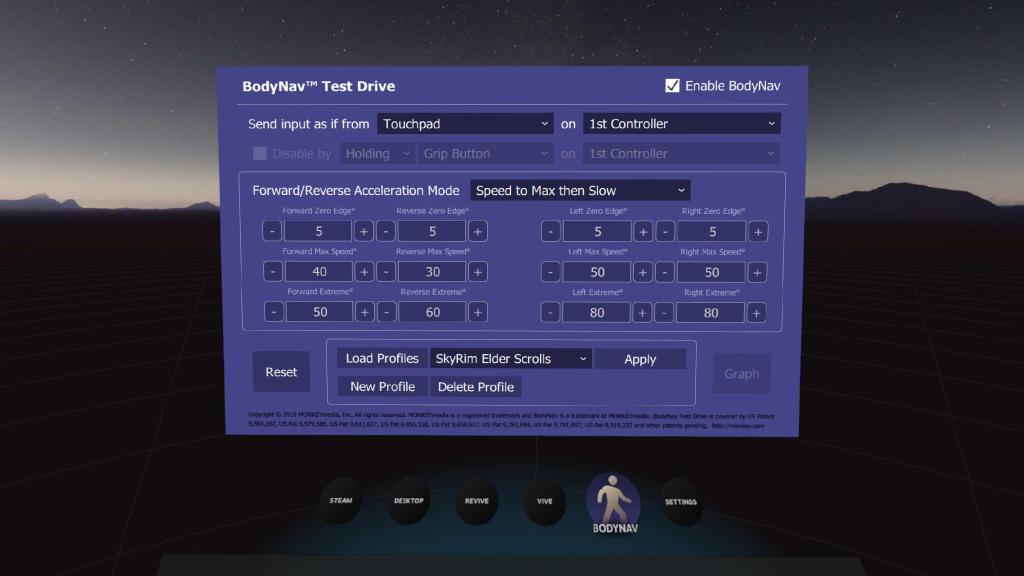 With BodyNav’s natural locomotion technology, the company said that publishers no longer need to choose between immersion and comfort when weighing production budgets against market opportunities. Instead of using a hand controller to initiate movement through a virtual environment, a participant’s lean angle dictates the speed and direction of movement, mirroring the body’s vestibular system and natural center of gravity.

Not only does BodyNav minimize simulator sickness, but independent usability research at the University of Nevada found BodyNav to be “easier, faster, more accurate, more likable, and offering higher immersive presence” than using hand controllers for locomotion. The BodyNav Test Drive tool now makes it easy for researchers to perform tests on existing applications to measure the value add of body-based locomotion.

BodyNav can be adapted to modernize extended reality user experiences and reduce sensory imbalances that compromise immersive comfort (like the feeling you’re going to vomit).

The goal is to enhance first-person gaming by freeing the hands from managing avatar movement to focus on other tasks (such as picking up and using virtual objects). It can also amplify multi-camera performances and sporting events, control of remote vehicles, video conferencing and telepresence applications, street-view maps, augmented reality, healthcare, engineering, architectural simulations, and 3D user interfaces for browsing data models, documents, and images — all while keeping users comfortable, engaged, and entertained.