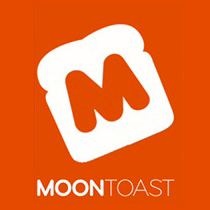 Moontoast, a startup that specializes in turning social media influence into revenue, has closed a new $6 million round of funding, the company tells VentureBeat.

Moontoast gives musicians, celebrities, and brands a way to generate money from the often large followings they have on social media platforms like Facebook and Twitter. The company primarily does this by letting its clients embed a “distributed store” into a social network status update or third-party website (Walmart, Target or an affiliate blog). Users can make purchases from those embedded stores seamlessly without having to navigate away from the site — thus enhancing impulse purchases and/or removing hassle that would prevent an online sale of things like merchandise, special deal coupons, digital music files and more.

The process has proved very successful so far — netting early clients (such as country artists Reba McEntire and Taylor Swift) upwards of $10,000 an hour after posting via Facebook, according to the company.

“We believe social commerce is a very new market with a lot of untapped potential,” Moontoast CEO Blair Heavey told VentureBeat in a recent interview.”The new funding will allow us to enhance the distributed store and analytics suites as well as grow new aspects of the services like game commerce.”

The new funding will allow Moontoast to grow two other aspects of its service: a set of analytical tools designed to identify and maximize sales and a new “gamification” feature that will maximize sales by engaging a client’s social media following through games, puzzles, quizzes and more, Heavey said.

The funding was led by Nashville-based venture capital firm The Martin Companies, with participation from prior investors. Moontoast has raised a total of $9 million to date.

Founded in 2008, Moontoast originally began as a social knowledge base that allowed “experts” within specialized fields to turn a profit by performing various services. The company, which has offices in Nashville, Tenn. and Boston, Mass., pivoted in 2010 and brought on interim CEO Stephen Collins, formerly of DoubleClick. Its early investors include country music artists such as co-founder Bucky Baxter, Wynona Judd, Vince Gill, Amy Grant and Kip Winger.