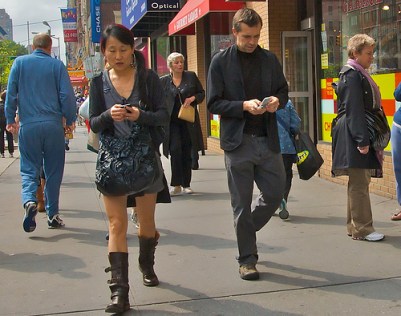 Mobile payment system Mopay announced today that people charging online merchandise directly to their cell phones or landlines has nearly doubled over the last year in North America, putting local consumers on par with leading regions like Asia that have long been using the method.

The 11-year-old company lets you pay for physical merchandise with your cell phone in online transactions in 28 countries — a process also referred to as carrier billing.

As such, it now handles digital goods purchases for more than 400 customers, reaching 3.3 billion people — including well-known gaming brands like Bigpoint, Gameforge, Innogames, Sulake and Travian.

“Merchants are adapting to a trend where consumers are not using credit cards but phones to make online purchases, with games spearheading the implementations to make virtual goods available to unbanked and underbanked consumers,” Kolja Reiss, managing director of Mopay in the United States, told VentureBeat.

Mopay (which spells its name “mopay”) said it gathered the stats after analyzing specific data from its international mobile payments platform and based their conclusions on conversion rates, transaction values and transaction numbers accumulated in more than 80 countries.

The process works in three-steps: Once a service is selected as a form of payment, the consumer enters their mobile phone number when prompted.  Second, the consumer will receive a special pin number via text message. Third, a user will enter that pin number in the designated field on the website, which will complete the transaction. The purchase is then billed directly to the buyer’s mobile phone account.

The ability to have companies charge a consumer’s phone directly has long been popular in Asia, where phones come equipped with near-field communication (NFC) chips and retailers have scanners that can process the transactions. But now that global consumers are demanding the service, there has been a boom in companies interested in taking a slice of the billions to be made in the space, including American startups such as Boku, Zong and BilltoMobile.

Other findings from Mopay’s study included:

–Regardless of region, adults use mobile payments more deliberately, making the average global conversion rate of adults more than twice as high.

–Within this price range, the average transaction value of mobile payments increased in 2010,  mirroring the growing trust of consumers in mobile payments.

This fact is apparently due to a high percentage of repeat customers, with the majority of consumers use mobile payments more than once a month — in 2010 almost 60 percent.

So far, Mopay has raised $20 million to date from investors including T-Venture Mobile, Tempo Capital and Holtzbrinck Ventures, with its last round in 2004.