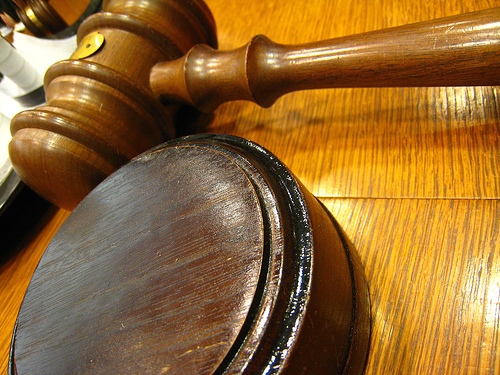 “The Securities Division has put out a subpoena to Morgan Stanley in connection with the analyst’s discussion with certain institutional investors about the revenue prospects for Facebook,” a spokesman for Galvin’s office told Reuters.

Allegedly, Facebook and Morgan Stanley had talks leading up to the IPO about the strength of Facebook’s business. The bank told investors just before the IPO that Facebook’s business wasn’t as strong as expected. However, this news never made it to the general public.

Reports indicate that the information may have only reached large clients, not everyone who underwrote Facebook, The Boston Herald reports. If that’s true, it could be a violation of securities law. Analysts may even have been told by a Facebook exec to reduce their business revenue estimates, Business Insider reported. This seems to have caused a domino effect that hurt Facebook’s trading value.

Morgan Stanley’s revision of Facebook’s business prospects followed an amended S-1 from the social network. Facebook wrote that its business would suffer if users continued to use its mobile services instead of the Facebook main site. The social network has struggled to make money off mobile users because of the lack of advertising.

Facebook’s stock ended the day on Tuesday at $31, a drop of nine percent. The social network hasn’t been growing on the stock market since it made its debut Friday at $38 per share.