As a partner at Norwest Venture Partners (NVP), Casper de Clercq has seen countless digital health startups try to get solutions off the ground. He’s also seen many fail.

According to de Clercq, 60 to 70 percent of digital health startups are likely to fail because they are unclear about their go-to market strategy, and don’t have a good understanding of who’s ultimately going to pay for their product.

With deductibles rising, there’s an expectation that consumers will take on a lot more health care expense. But that hasn’t happened yet, de Clercq says. For the time being, providers, payers and employers are still the primary customers for new startups, from a payment perspective.

“Ultimately, the solutions that are being provided need to make sense for these stakeholders,” says de Clercq. And in evaluating startups’ solutions, he asks three questions: “Who cares about this? Is it actionable? And is the person who cares about it going to pay for it? 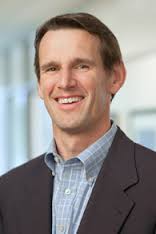 This means that a customer’s return on investment needs to happen relatively quickly. Insurers are typically looking to reduce their expenses in the current plan year, while providers serving more stable populations like Medicare Advantage members have a longer time frame.

“This is how these interventions need to be justified,” says de Clercq. “For payers, the time frame needs to be 12-18 months return on investment; for self-funded employers, two to three years.”

This is why he asserts that it takes an in-depth understanding of the complex motivations and payment systems in health care to build a successful business in digital health. It’s also why NVP looks for entrepreneurs that have both IT and health care knowledge.

De Clercq himself is an interesting hybrid. He spent 20 years in operational and commercial positions in diagnostic medical device and pharmaceutical companies before making the leap to health care venture capital, where he’s been for the past 10 years.

It gives him a strong perspective when looking at budding digital health startups. For example, he’s seen many companies interested in facilitating patients’ direct communication with doctors, but as he points out, physicians already don’t have time to interact with their patients. A heightened emphasis on productivity leaves general practitioners with about 15 minutes per patient.

“Instead of solutions that promise to increase communication between patients and general practitioners,” he explains, “we should be looking for solutions that give the patients access to better health care, and simultaneously reduce the amount of work for the GP.”

Despite his observations on the challenges, de Clercq is still very optimistic about the future. Certainly Rock Health’s numbers released last June show a very strong digital health sector; investments in the space during the first six months of 2014 broke all previous records, exceeding funding for the entire year in 2013.

De Clercq’s counsel to digital health startups is often that it may take longer than they expect. “It often takes people another cycle to really figure out the business model, as well as several pilots to get it right.”

Casper de Clercq will be at HealthBeat, Monday and Tuesday (Oct 27-28) as one of the Innovation Showcase panelists. Ten startups will have 6 minutes each to present their solution on stage live to the panel consisting of three digital health VC experts and VentureBeat Editor-in-chief Dylan Tweney. Tickets are still available to HealthBeat.