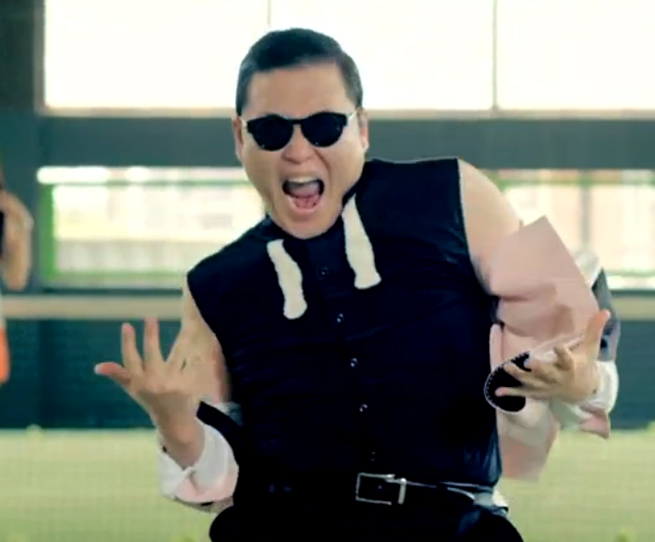 Each time YouTube releases this list, we get a little insight into our culture. The list also helps us better understand YouTube’s place in the world, as a place for sharing videos from professional creators and people off the street.

“2012 has been a big year for YouTube,” Kevin Allocca, YouTube trends manager, wrote. “You’ve been watching over 4 billion hours of video a month. Millions of creators are using YouTube channels to experiment with innovative forms of entertainment, explore their passions and interests, and take creativity and pop culture to new levels. 2012’s top trending videos showcase this creative ingenuity in ways we’d never before thought possible.”

Some of the list is expected — a popular breakout American pop song (“Call Me Maybe”), an imaginative cover of a popular pop song (“Somebody That I Used to Know”), and a “rap battle” that played on the Presidential election, the biggest single news event of the year.

Others on the list were surprising smash hits during the year. Psy’s infectious K-Pop tune “Gangnam Style” became the most viewed and liked video ever. The strange, compelling, and factually loose documentary KONY 2012 swept around the world. And a video featuring violinist Lindsey Stirling playing a song while surrounded by ice castles somehow got 38.5 million views.

Check out all 10 vidoes, for better or worse, in the list below:

2. Somebody That I Used to Know (Gotye – Cover)

6. A DRAMATIC SURPRISE ON A QUIET SQUARE

7. WHY YOU ASKING ALL THEM QUESTIONS?