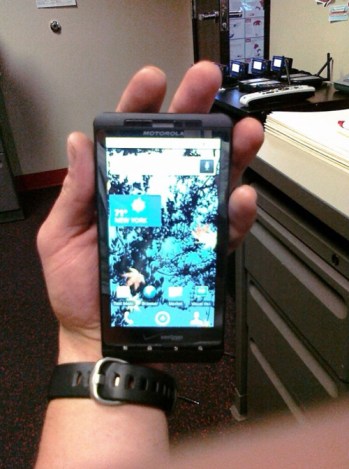 Motorola is readying two more Android smartphones for a July release on Verizon, and it has also reached a deal with the carrier to promote the phones heavily, according to the Wall Street Journal.

The move towards high-end Android phones, and away from cheaper devices and other platforms, is the brainchild of Motorola co-Chief Executive Sanjay Jha. The company was never able to follow up the success of the trendy Razr phone — which was introduced in 2004 and sold more than 110 million units. After taking over Motorola’s phone division in 2008, Jha pushed the company towards adopting Android, and dropping the half a dozen other platforms it was committed to. When Jha took over, Motorola’s phone division was losing more than $500 million a quarter.

Jha says he’s open to trying out other platforms eventually, but the company just doesn’t have the resources to do it yet. “Right now, I get what I need from Android,” he told the WSJ.

Despite Motorola’s success with the Droid phone, it doesn’t actually own the Droid branding. Verizon decides which phones get the title, and most recently bestowed it on HTC’s Incredible smartphone. We know that one of its upcoming phones will be the Droid Shadow, but its unclear if the second phone will receive a Droid title (though likely, thanks to the promotional agreement).