Mozilla is bringing its Firefox Lockbox password management app to Android, nine months after it debuted on iOS.

Firefox Lockbox lets users log into their native mobile apps using passwords that are already stored in their Firefox browser, thereby relieving people of the burden of remembering all their passwords.

So if, for example, you typically access Netflix or Twitter from your desktop browser, you can automatically pull your credentials over to the mobile app equivalent by logging into Firefox Lockbox with your usual Firefox Account credentials. 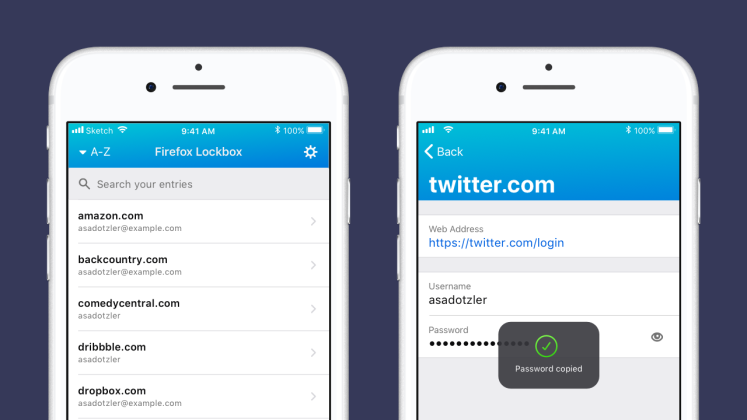 Firefox Lockbox actually began life as part of Firefox Test Pilot, an experimental program that launched back in 2016 to enable early adopters to try out fledgling Firefox apps and features that were still works in progress. The Test Pilot program was killed earlier this year, but Mozilla confirmed that some of the existing projects would continue to be developed and iterated.

As a result, Firefox Lockbox was optimized for iPads a few weeks back, with the promise of an Android incarnation coming soon.

Firefox Lockbox serves a number of purposes. First up, it helps Mozilla expand its security-focused credentials, something that it has been doubling down on in recent times. By way of example, last year Mozilla introduced the Facebook Container add-on that isolates users’ web browsing activities from Facebook. Now, rather than having users write down passwords or constantly reset their accounts to get a new password, Firefox Lockbox provides a seamless mechanism for accessing passwords that are already stored in the Firefox browser — no setup required. 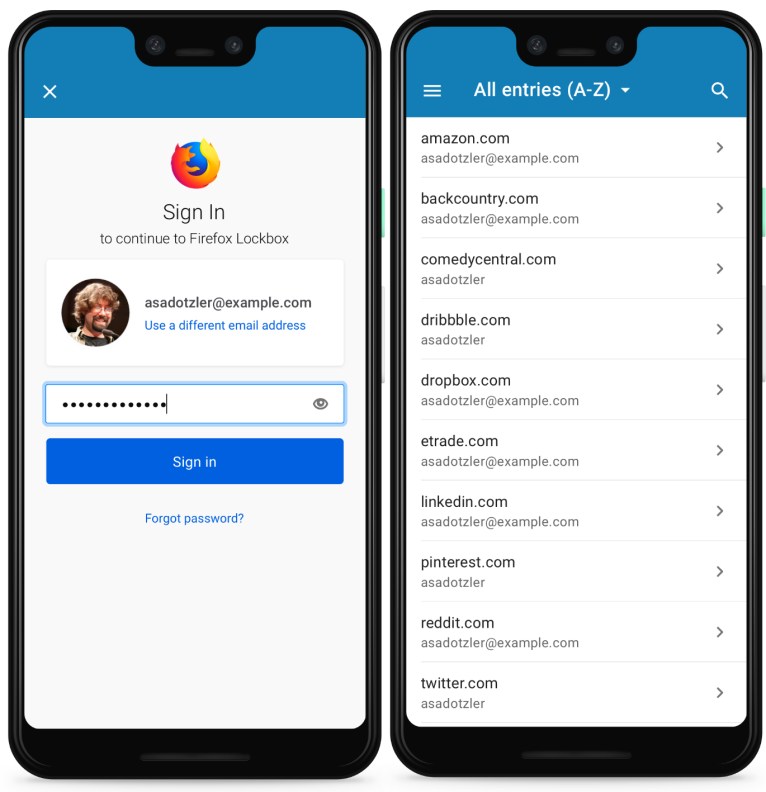 Above: Firefox Lockbox for Android

The Firefox Lockbox launch comes less than a week after Firefox Send, another former Test Pilot experiment, landed on Android. Along similar lines as Test Pilot, Firefox Lockbox is at least partially designed to encourage Firefox users to stay logged in while using the browser — Lockbox doesn’t work unless you have elected to use a Firefox Account. Firefox Send, an encrypted file-transfer service, offers a limited number of features for those who choose not to log in.

In short, Mozilla is pushing hard to get more people to use Firefox Accounts.

Firefox Lockbox is available to download on Android now.