Firefox 65 for the desktop is available for download now on Firefox.com, and all existing users should be able to upgrade to it automatically. As always, the Android version is trickling out slowly on Google Play. 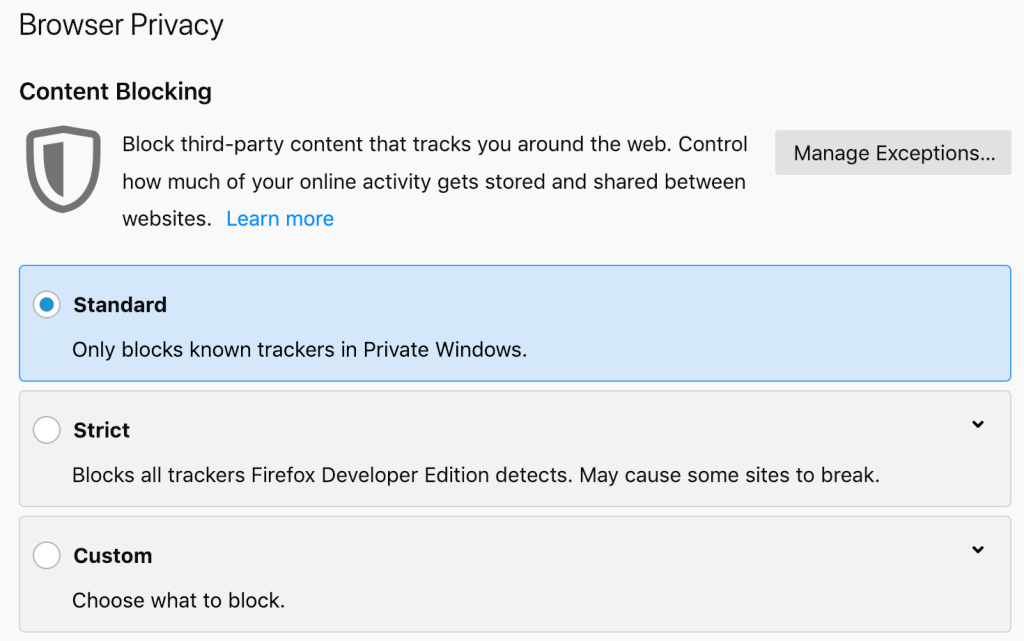 Mozilla added basic Tracking Protection to Firefox 42’s private browsing mode in November 2015. It blocked website elements (ads, analytics trackers, and social share buttons) based on tracking protection rules laid out by the anti-tracking startup Disconnect. With the release of Firefox 57 in November 2017, Mozilla added an option to enable Tracking Protection outside of private browsing. (Tracking Protection isn’t on by default because it can cause websites to break, as well as cutting off revenue streams for small websites and content creators who depend on third-party advertising.)

In August, Mozilla announced Firefox would block trackers by default, but the details are still being worked out. Firefox 63 arrived in October with Enhanced Tracking Protection, blocking cookies and storage access from third-party trackers, which Mozilla says targets the problem of cross-site tracking without breaking sites and impacting revenue streams like the original Tracking Protection.

Next, Firefox now supports AV1, the royalty-free video codec developed by the Alliance for Open Media. AV1 improves compression efficiency by more than 30 percent over the codec VP9, which it is meant to succeed.

Lastly, Firefox’s new Task Manager page (just navigate to about:performance or find it under “Other” in the main menu) is complete. Introduced in Firefox 64, Task Manager now reports memory usage for tabs and add-ons.

If you’re a web developer, more details are available for you here: Firefox 65 for developers.

There are no major new features in this Firefox for Android release. But you can expect performance improvements, better security, and bug fixes.