Mozilla today announced Firefox Preview, a pilot of its new Android browser. Firefox Preview, which is powered by Mozilla’s own GeckoView engine, will ultimately replace the current Firefox for Android mobile app “this fall.” At the same time, Mozilla has put Firefox Focus for Android development on hold. If you’re a developer or just an early adopter, you can download Firefox Preview from Google Play.

On desktop, Firefox is the second most popular browser after Chrome. Firefox holds about 10% desktop market share, according to Net Applications. On mobile, however, Firefox has less than 0.5% share. Despite regular releases alongside the desktop browser over the years, Firefox’s mobile share has not improved.

As such, Mozilla has been working on a new Android strategy “for several months.” The company has turned to its only mobile success in years: Firefox Focus. The pared-down browser offers privacy benefits and performance gains by blocking many web trackers, including analytics, social, and advertising. 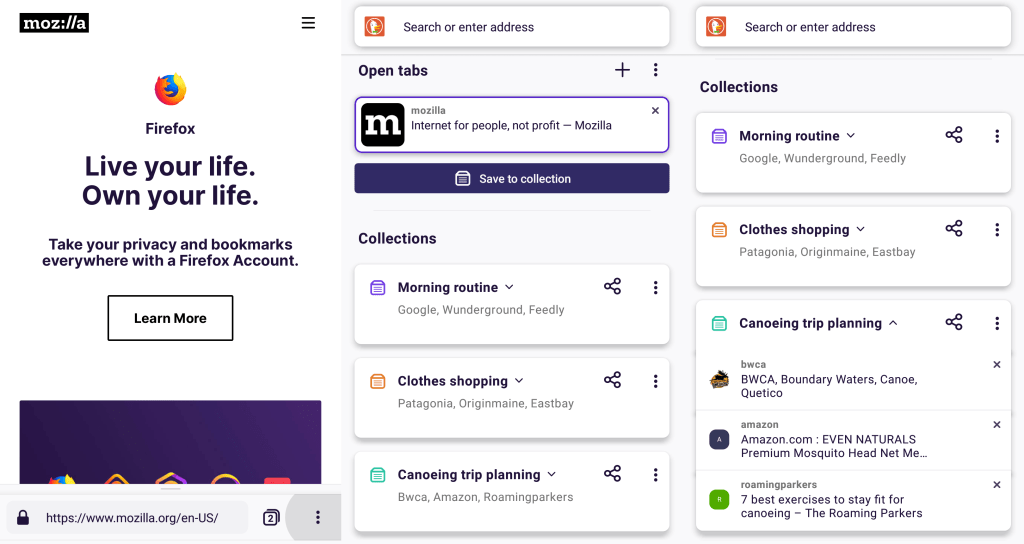 Firefox Focus functionality is now coming to Firefox for Android. Mozilla is promising Firefox Preview will offer the following features:

“We realized that users demanded a full-fledged mobile browsing experience, but more private and secure than any existing app,” Mozilla explained. “So we decided to make Firefox more like Focus, but with all the ease and amenities of a full-stack mobile browser.”

Firefox Focus for Android fittingly launched almost exactly two years ago. It was powered by the native Android WebView browser engine. That made sense, since when the app first debuted on iOS as Focus by Firefox, it was essentially a web view with tracking protection. Building on a web view allowed Mozilla to iterate quickly and focus, pun intended, on the privacy features.

In October 2018, Mozilla switched Firefox Focus for Android to GeckoView, its own mobile engine. This brought Firefox Quantum improvements to Firefox Focus, although it increased the app’s size from 4MB to 38MB.

“We chose Firefox Focus to be the first to use the new GeckoView engine because it allows easier integration of Focus’ well-known privacy features,” a Mozilla spokesperson told VentureBeat at the time. “Since this is still a new engine, we will gradually enable it for users. Then, we will explore the possibilities of using the new engine on other Firefox browsers and apps on Android.”

That time has now come. Mozilla is bringing GeckoView, which it describes as the “high-performance, feature-enabling motor that fuels our Focus app,” to Firefox. It also allows Mozilla to rely less on Google.

“While all other major Android browsers today are based on Blink and therefore reflective of Google’s decisions about mobile, Firefox’s GeckoView engine ensures us and our users independence,” the company said. “Building Firefox for Android on GeckoView also results in greater flexibility in terms of the types of privacy and security features we can offer our mobile users. With GeckoView we have the ability to develop faster, more secure and more user-friendly browsers that deliver unprecedented performance.”

Firefox Focus and Firefox for Android

Despite Firefox Preview’s release, you can continue using Firefox Focus for Android and Firefox for Android. That said, development of the former has been put on hold, while the latter’s days are numbered.

“For the rest of 2019, we’re going to direct our efforts into optimizing the entire Firefox experience on all Android devices,” Mozilla said. “In order to have a strong foundation for the next generation of mobile Firefox browsers and put all our efforts and resources in GeckoView, work on Firefox Focus will currently be on hold.”

I’ve long argued that Mozilla should merge Firefox and Firefox Focus, at least from a feature perspective. On the desktop, Mozilla is moving toward blocking all trackers by default. So why not do the same with Firefox on mobile?

While it hasn’t exactly committed, Mozilla is moving in that direction. Firefox Preview looks to be the best of both worlds on Android: Firefox and Firefox Focus. And it is meant to replace Firefox for Android. But these are still early days.

“The user experience of this early version will differ significantly from the final product,” Mozilla confirmed. If you want to help shape what it becomes, Mozilla is requesting your feedback.